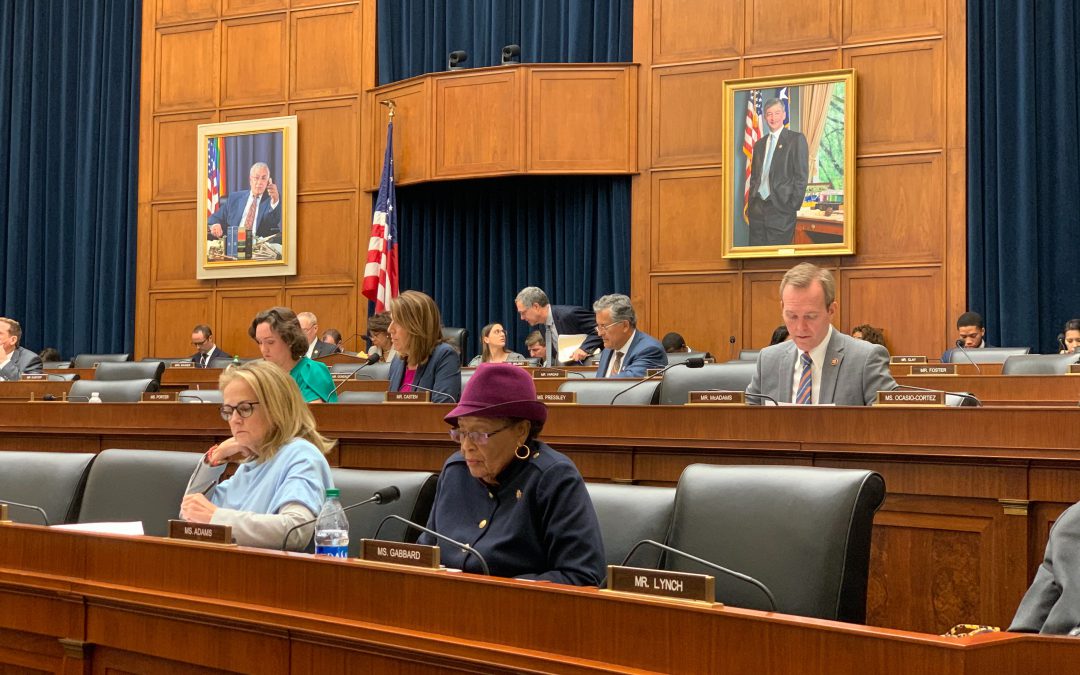 WASHINGTON — Democratic members of the House Financial Services Committee grilled Comptroller of the Currency Joseph Otting Wednesday on his proposal to modernize the Community Reinvestment Act, saying he didn’t collaborate with Congress or provide transparency, and his plan doesn’t help communities in need.

In 1977, the CRA was created as part of civil rights legislation to address discriminatory redlining practices by holding financial institutions responsible for implementing fair lending practices. The CRA hasn’t been updated since 1995. While there’s consensus that CRA needs to be modernized due to changes in the banking industry, House members are divided on Otting’s proposal.

Although the Federal Deposit Insurance Corporation supports the proposal, the Federal Reserve Board said it does not align with Otting’s vision for modernizing CRA regulations.

Committee Chairwoman Maxine Waters, D-Calif., said Otting’s office, the main bank regulator, has proposed a plan that “runs contrary” to the original intent of the CRA. It would expand the list of qualifying activities, put forward new assessment areas and change the methodology of measuring a bank’s CRA performance.

“The proposal would clarify what counts for CRA credit by articulating clear standards and requiring the agencies to publish an illustrative list of qualifying activities,” Otting said in his testimony.

But Democrats are concerned that the broadening of development lending or investments may not have a direct link back to low-income areas.

Otting previously served as chief executive at OneWest Bank, which was accused by a fair lending group of engaging in redlining in Southern California from 2014 to 2017.

At the hearing, the National Community Reinvestment Coalition distributed a paper expressing concern that the proposed rule would not examine bank mortgage lending in low- and moderate-income neighborhoods, which could lead to a lack of oversight of potential redlining practices in these areas. The coalition is also concerned that under the new proposal, banks could fail in nearly 50 percent of their assessment areas and still qualify as “passing,” absolving them of a responsibility to lend in half of the assessment areas with low- and moderate-income borrowers and communities.

In his testimony, Otting said that is a misconception.

“The proposal sets no such threshold,” Otting said. “Instead, the proposal states that a bank must have at least a satisfactory in a significant portion of assessment areas to get a satisfactory at the bank level and specifically asks for input on whether that threshold should be as high as 80 percent.”

Otting said consideration of comments will help his agency determine the threshold.

Led by Waters, House Democrats called for an extension of the 60-day comment period, which ends on March 9, to 120 days. Otting reaffirmed his refusal to extend the comment period.

Rep. Nydia Velázquez, D-N.Y., called on Otting to release the data and analysis used to develop the proposal. Otting said that information is not something his office would put out for “public distribution.” Velázquez responded with a request to subpoena the information.

Waters called for a subpoena of the data used to create the proposal.

Rep. Rashida Tlaib, D-Mich., said she was concerned because a for-profit prison or stadium could qualify for CRA credit in a low-income community like her district when “a mile down the street a high school doesn’t have drinking water.”

“Most of my residents are left at the mercy of corporate investors who are using both existing and new business models to extract as much wealth as possible, exacerbating challenges that are already painful for communities,” Tlaib said. “The true intent of the CRA was not to help the wealthy. They are rigging the system. You’re allowing them to codify into the CRA that for-profit prisons and stadiums can actually get CRA credit in low- and moderate-income communities. That’s wrong.”