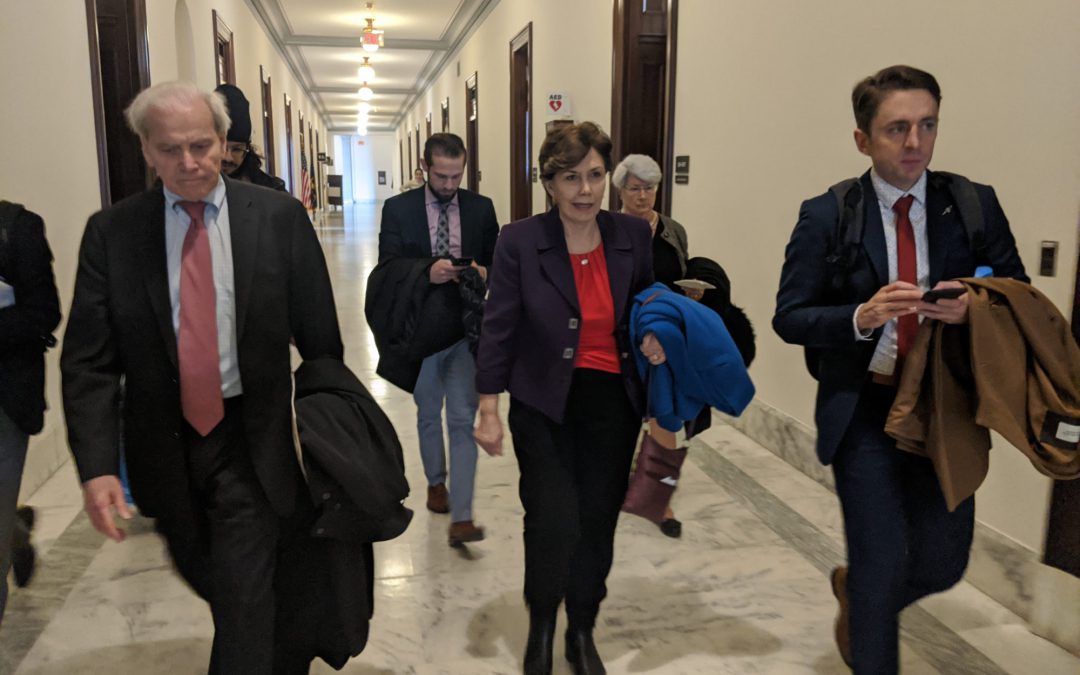 WASHINGTON — It seems a foregone conclusion that President Donald Trump will be acquitted of impeachment charges by the Republican majority in the Senate. But that didn’t stop a group of frustrated current and former Republicans who want Trump to be removed from office from trying to get GOP senators to listen to them.

The band of five, including a top Reagan administration official and a George W. Bush administration assistant labor secretary, went to senators’ offices to urge them to hear from witnesses and to support a fair impeachment trial.

None of the GOP senators they tried to visit — Lisa Murkowski of Alaska, David Perdue of Georgia, Mitt Romney of Utah and Susan Collins of Maine, among others — were available to speak with them, although they did get to make their case to staffers.

Linda Chavez, who was once the highest-ranking woman in the Ronald Reagan White House and ran for Senate in Maryland in 1986, said Trump does not stand for the same things as previous Republican presidents.

“We cannot have a fair trial without hearing from all the witnesses and seeing all the evidence,” Chavez said. “(Senate Majority Leader Mitch McConnell) is there to be impartial. He’s not there to do the White House’s bidding.”

The group also included Emil Frankel, assistant secretary of labor in the Bush administration, Aron Schulz, a 28-year-old Republican from Oklahoma, and Heidi Hill, an advisory councilwoman for the Republican Women for Progress.

Berin Szoka, a lawyer who runs a free-market technology policy think tank, organized the event. Szoka was involved in Republican politics before leaving the party after Trump’s election and said he would support any Democratic presidential nominee in November’s election.

He said the trial McConnell promised is essentially “a sham,” and that it will take generational change for the GOP to rebound from the Trump era.

Hill said more than 20 million people have left the Republican Party since the 2016 election, many of them white, educated, suburban women.

For the GOP to regain some of those members, she said, Republicans need to turn more attention to women and stay away from extremist politics.

“I’d like to see the Republican Party come back to the center,” Hill said. “Not just the far right, not dogged followers. I’d like to return to an intelligent, thinking party.”