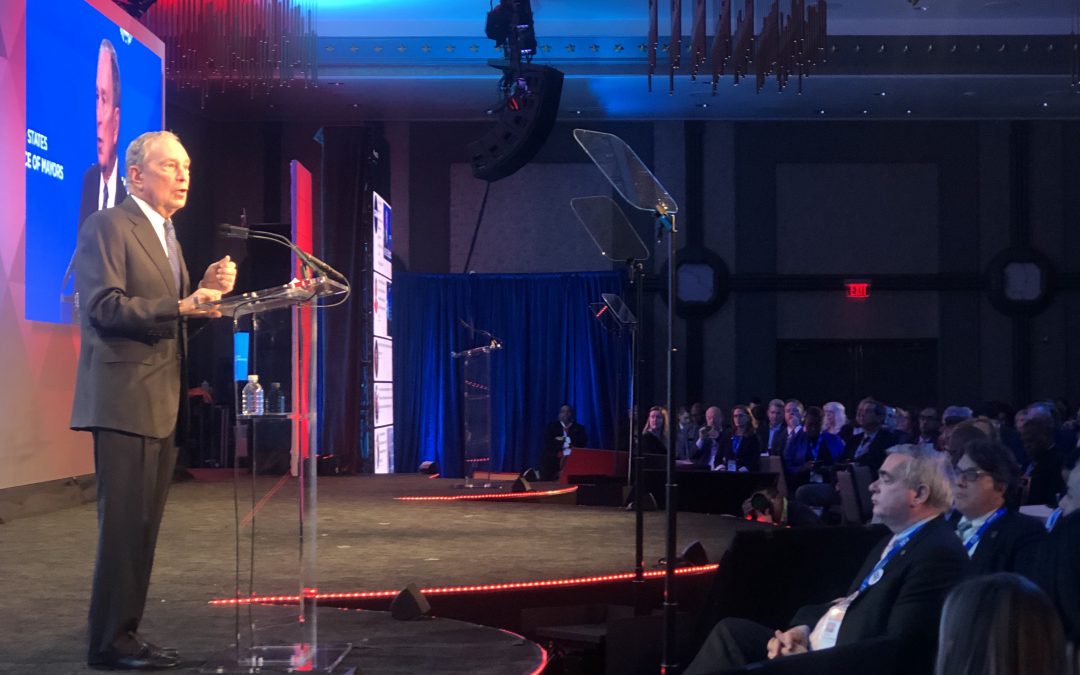 WASHINGTON – Democratic presidential candidate and former New York Mayor Mike Bloomberg emphasized the need to improve America’s infrastructure in a speech Wednesday at the Winter Meeting of the U.S. Conference of Mayors.

In 2017, the American Society of Civil Engineers gave the nation’s infrastructure a D+ grade, stating that over 4.6 trillion dollars are needed to make necessary improvements in the next decade. American roads were given a D. They “are often crowded, frequently in poor condition, chronically underfunded, and are becoming more dangerous,” the engineers said.

“I will say I only got one D ever and that was in French,” Bloomberg said. “Let me just say if the state of American infrastructure is anywhere near as bad as my French, we are in trouble.”

Bloomberg told the mayors that if he is elected, he would allocate $850 million for roads, bridges and other infrastructure projects. He said other presidential candidates have proposed budgets to fund infrastructure repairs, but he is the only one with an actionable plan. It involves making roads safer by paving over potholes and pushing smarter street designs, which Bloomberg said could save 20,000 lives by the end of his first term.

“We can make that kind of progress across this country, but to do it we need a plan, not just a budget,” Bloomberg said.

The former mayor advocated for the strengthening of environmental requirements in reviews for federal grants that were rolled back by the Trump administration. Bloomberg also said that as president he would require states to set benchmarks for their repair and maintenance initiatives and submit report cards detailing their progress. Federal funding would be granted based on a state’s performance in meeting its goals.

“We will reward based on performance, just like any business does,” Bloomberg said.