Why Her: Voters at Warren’s NY Rally 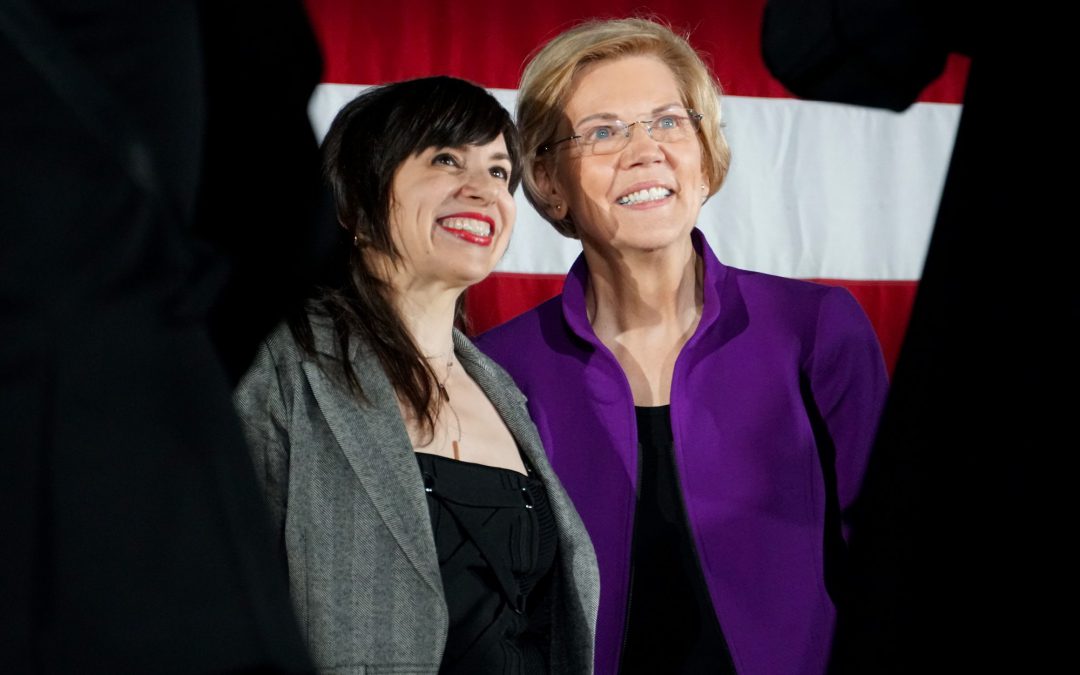 Warren remained on stage after the rally to greet and take individual photos with a long line of supporters. (Ester Wells/MNS)

NEW YORK — Democratic presidential candidate Sen. Elizabeth Warren, D – Mass., focused her rally Friday in Queens on Washington corruption and the monopolistic power of tech giants. But many of her supporters say their priority is income inequality.

With a crowded Democratic primary for 2020, Warren supporters say she stands out as a female candidate with strong policymaking experience. While her years and gender work to her advantage, her top priorities are not always consistent with supporters, nor with the entire Democratic voting bloc.

“I don’t take corporate [political action committee] money. I don’t take PAC money of any kind,” she said. “And I don’t go off to closed door meetings with millionaires. I’m here with you.”

Warren opened a rally Friday night in Queens by saying tech companies “think they rule the earth” and “bully everyone into doing what they want.” She went on to condemn a government that works for wealthy corporations.

This, however, was not the primary concern of all the supporters on hand. Laura Anne Walker, a crisis intervention team panelist and artist from Queens, said her main issues are inequality and hate.

“Abolishing hate. That seems to be the theme that runs through everything,” she said. She also mentioned income and housing inequality, and said racism and sexism are the root of these issues. 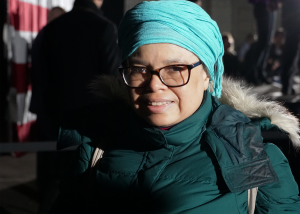 Laura Anne Walker is a crisis intervention team panelist and artist from Queens who came to the rally to see what Warren had to say. (Ester Wells/MNS)

Alex Castro came to this country nine years ago from El Salvador. He is now a citizen, and studies computer programming at Farmingdale State College in Long Island. He considers himself a social Democrat.

“I admire her because she’s a fighter for social justice and she’s very strong,” he said. “I want her as president.”
One Warren supporter did mention his concern for the power of economic elites in Washington, but it ranks second to income inequality. Davin Hatsengate used to be an internal medicine physician from Queens and is now a homemaker. His top concerns also include climate change and health care.

“I have already read a lot about her,” he said of Warren. “I know that I agree almost across the board with her policy positions, which is what is important to me.” Hatsengate is deciding between Warren and Sen. Bernie Sanders, I – Vt., for the Democratic primary. 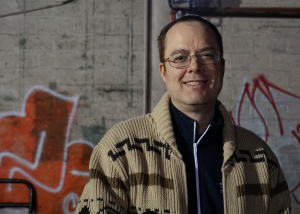 Davin Hatsengate used to be an internal medicine physician in Queens, and is now a homemaker. He supports both Warren and Sen. Bernie Sanders, D – Vt., for the 2020 presidential election. (Ester Wells/MNS)

For Victor Lue, a freshman undergraduate at Columbia University, Warren’s rally was his first political campaign event of any kind. He is a registered Democrat, but is not sure who he is going to vote for come 2020. While he is concerned about Washington corruption, he also put it second to social issues.

“I think it is super important that the White House completely changes in 2020,” he said. 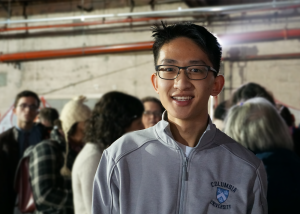 Victor Lue is a freshman undergraduate at Columbia University, and is not decided on his 2020 vote. Warren’s rally was the first political event he has ever attended. (Ester Wells/MNS)

While Warren mentioned income inequality in passing, she tied it back to corruption, and spent the majority of her speech focused on eliminating the corporate grip on Washington.

“Whatever issue brought you here tonight, income inequality, climate change, student debt, affordable housing, there are decisions made in Washington that touch on it and those decisions run straight through problems of corruption,” she said.

Warren also touched on affordable child care, which resonated with rally-goers such as Caitlin Krenn, a child welfare social worker in Harlem.

“We see those things first hand every day and the problems that our children and our families face. We really believe that Senator Warren has a lot of incredible things to bring to the table,” she said. Krenn said she is still deciding among the other Democratic candidates. 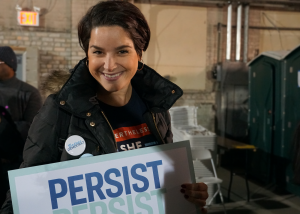 Caitlin Krenn is a child welfare social worker in Harlem, and is still deciding among the different Democratic candidates.(Ester Wells/MNS)

On her campaign website, Warren lists five missions: end Washington corruption, rebuild the middle class, strengthen democracy, equal justice under la, and a foreign policy for all. She focused heavily on the first issue for the Queens crowd.

However, a Gallup poll from Nov. 2 shows Democratic voters care most about how women are treated in the U.S., health care and income and wealth distribution.

But the rally attendees said the difference in their priorities and Warren’s doesn’t change their support for her. Some said they support her for her experience and genuineness and their desire for a female president.

“I’m supporting her because I want her to be the first female president,” Castro said. “I think she has more experience and she is more genuine. She is more close to the people.”

Brooklyn lawyer Gregory Louis learned about Warren as a bankruptcy professor when he read her textbook as a student at Fordham University School of Law. Warren is his primary candidate, and he wanted her to run in 2016.

“I think she has sort of a life-long or professional-long record of essentially understanding the ways that the structures of the United States sort of conspire to deny the American dream to vast sort of people,” he said. “I was always struck by her.”

He not only admires her career, but also her personal experiences. He said she has an understanding of working people after watching her parents struggle with housing foreclosure while they worked minimum wage jobs, and after she went through law school while raising children.

“She’s empathic. And having studied it, she’s knowledgeable,” he said. “That permeates her housing policy. That permeates how she wants to deal with regulation.” 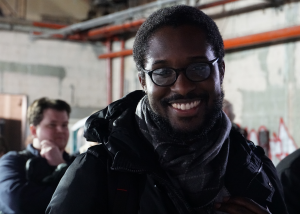 Gregory Louis is a lawyer in Brooklyn, and learned of Warren for her work on bankruptcy law when he was a student at Fordham University School of Law. (Ester Wells/MNS)

Brooke Nadell, a writer in Manhattan, said Warren talks about her past, and it speaks to her.

“She is just as authentic as it gets,” she said. “She speaks from the heart, but it really gets to me. I really feel it when she’s talking about it. I think she really identifies with the struggles people have had. She doesn’t talk down, you know, she talks across.”

Nadell also said she is “desperate for a woman” to win the presidency. She thinks the other female candidates are good, but Warren’s understanding of policy is “unparalleled.”

“I just think she’s really smart. She understands the ins and outs of policy really well,” she said. “She can come up with policies and understand the different sort of ramifications and unforeseen consequences of it. She’s good.” 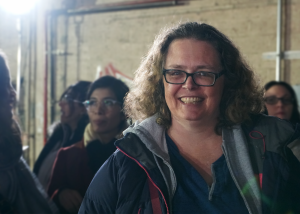 Brooke Nadell is a writer in Manhattan, and said she wants a female for president. (Ester Wells/MNS)

Warren assured the crowd of her policy skills, giving sneak peaks to the “biggest anti-corruption bill since Watergate” and a housing bill with unique programs, like assistance to those who lost their homes during the 2008 housing crash.

“What I’m asking for now is hard. It is big structural change. But you don’t get what you don’t fight for,” Warren said.