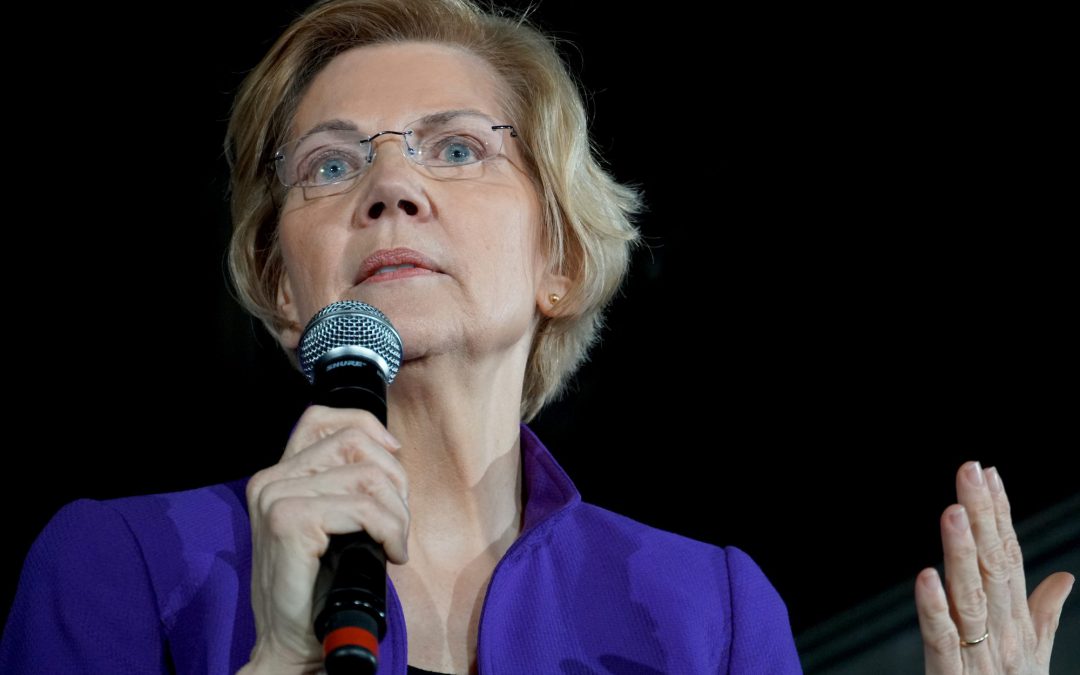 In February, Amazon canceled plans to build its second headquarters in Long Island City, Queens, after facing prolonged opposition from local activists and politicians. The company would have created 25,000 jobs in exchange for $3 billion in city and state incentives, according to reports.

“Amazon came. Amazon left,” she said. “That is the problem in America today. We have these giant tech companies that think they rule the earth.”

In a Medium post released Friday morning, Warren vowed her administration would make big changes in the tech sector to promote competition, starting with breaking up Amazon, Google and Facebook.

“We need to stop this generation of big tech companies from throwing around their political power to shape the rules in their favor,” she wrote.

Under Warren’s proposal, companies could not own a platform and sell their goods on it, which would require third-party vendors like AmazonBasics to separate from their parent companies.

“They want to be the umpire of the baseball game and they also want to run a bunch of teams,” Warren said of Amazon at the rally.

Also, federal regulators would control tech mergers that hurt competition, such as Facebook’s acquisition of WhatsApp.

“They think they can run their business to just roll right over every small business, every entrepreneur, every startup that might threaten their position,” she said. 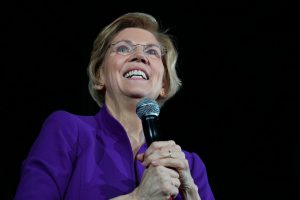 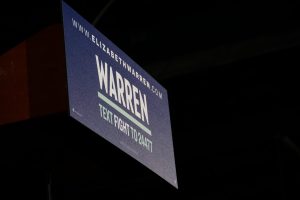 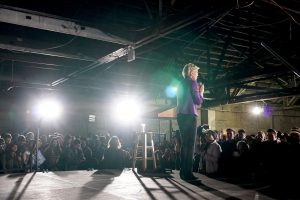 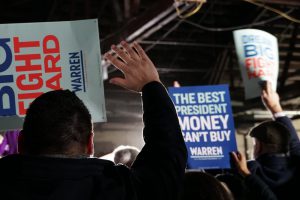 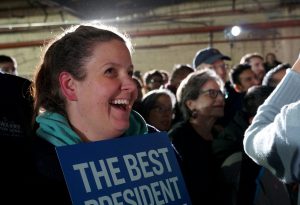 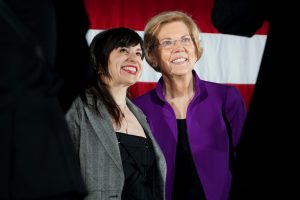 While other Democratic presidential candidates like Sens. Bernie Sanders, I-Vt., and Amy Klobuchar, D-Minn., have called for limiting Silicon Valley growth, Warren’s proposal is the most specific plan to do so. The goal, she wrote in her post, is to pressure tech companies to be more responsive to user concerns, such as privacy.

“Anybody in here a little bit worried about how Facebook uses your data?” she asked the crowd at the rally, raising her hand.

Greed, she said, keeps politicians from regulating big corporations. She has made ending Washington corruption a central plank of her campaign, vowing to end lobbying altogether.

Like other Democratic presidential hopefuls, such as Sens. Cory Booker, D-N.J., and Kirsten Gillibrand, D-N.Y., Warren said she will not accept money from any lobbyists or political action committees, including corporate PACs.

But Warren went a step further last month, announcing that she would no longer hold events or fundraisers specifically for wealthy donors — meetings that are common for candidates from both parties.

Gregory Louis, a lawyer from Brooklyn, N.Y., learned of Warren when he was a law student at Fordham University, where he read her textbooks on bankruptcy. Now, she’s his first pick for the presidency.

To clean up Washington, Warren promised the “biggest anti-corruption bill since Watergate,” which would eliminate lobbying by tech giants, that she claimed spent $50 million last year to prevent politicians from enforcing antitrust laws.

“It’s not just about Amazon. It’s about corporate power in general in Washington,” she said. “It’s the power of all those who can make their voices heard through money.”