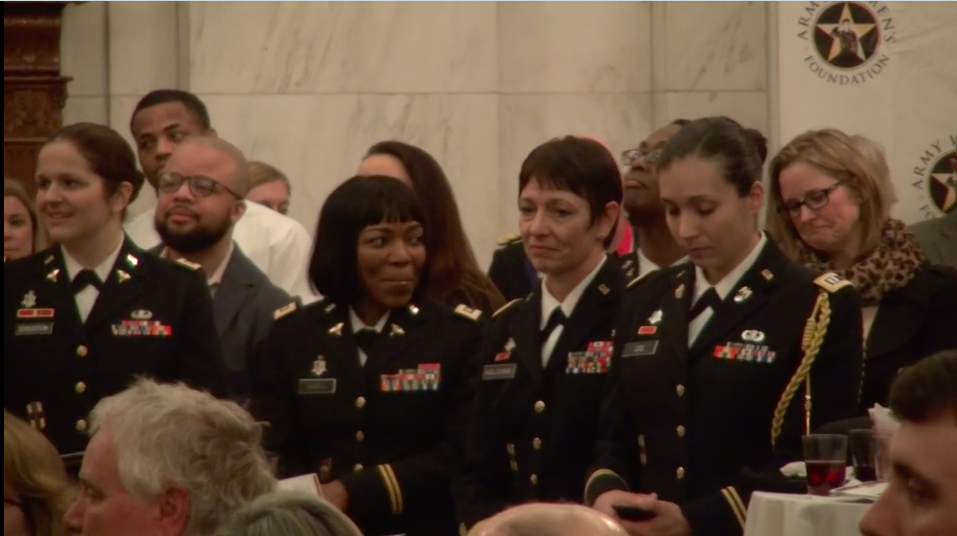 Captain Lauran Glover was the first female to lead the U.S. Army drill team. She said she was most proud of witnessing the drill team soldiers’ growth over the course of her position from 2014 to 2016. She is currently an Army Reserve officer in graduate school studying for a doctorate in clinical psychology.

Clara Adams-Ender is a retired US Army officer. She was chief of the United States Army Nurse Corps from 1987 to 1991. She is also the first women to receive her master’s degree in military arts and sciences and the first African-American Nurse Corps officer to graduate from Command and General Staff College.

Several soldiers were also honored posthumously. The World War I Hello Girls were female were sworn into the U.S. Army Signal Corps, wore U.S. Army Uniforms, and were subject to Army Regulations. But after the war, they were not given honorable discharges nor recognized by the U.S. Army as soldiers. In 1978, Congress approved Veteran Status and Honorable Discharge for the remaining Hello Girls. A Congressional Gold Medal Act for the women is still pending final approval.