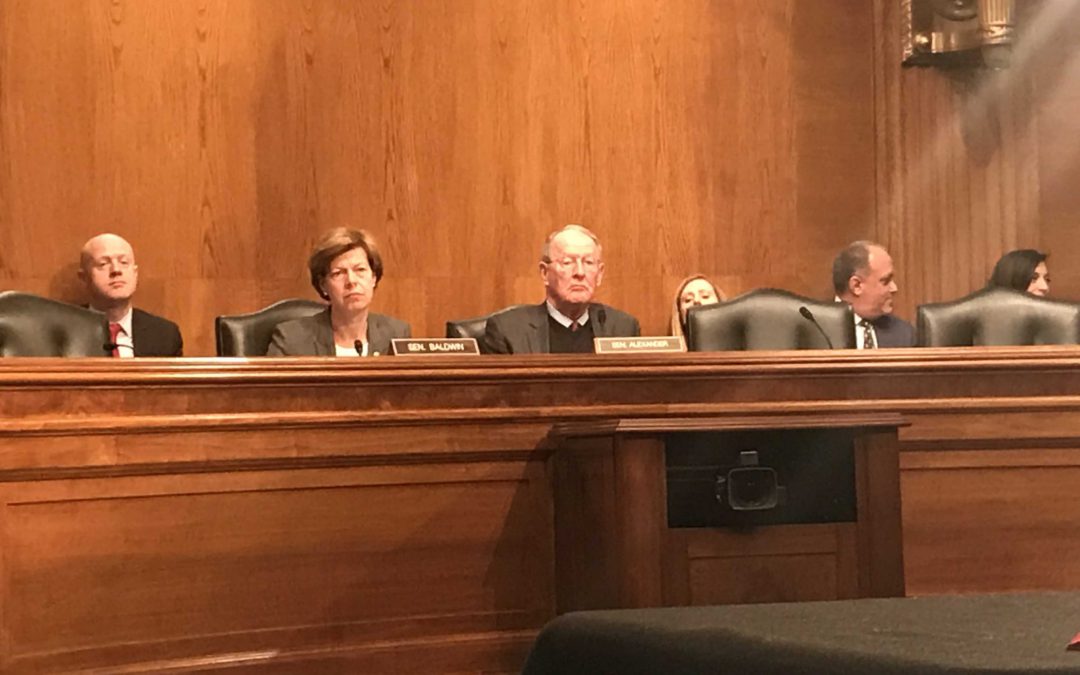 WASHINGTON — Senators continued to clash over how much reform is needed to “make college worth students’ time and money” Tuesday, with Republicans supporting $15 billion in
cuts and Democrats pushing for debt-free college degrees.

The Senate Health, Education, Labor and Pensions Committee was once again trying to reauthorize the Higher Education Act, which expired in 2013 and controls 75 percent of federal student aid. Although not reauthorized for the usual four to six years, the measure was extended to allow Congress to work on changes.

Committee Chairman Lamar Alexander, R-Tenn., said the bill should simplify the Free Application for Federal Student Aid, an idea that many Democrats support. Alexander wants the Senate to pass a reauthorization that does not increase spending by the end of 2019.

“There are not many things U.S. senators can do to cause 20 million American families to say, ‘Thank you,’” Alexander said. “After five years of bipartisan work, we are ready to do just that…Congress is now ready to take the final step to make it easier for those families to apply for federal financial aid.”

Last year, lawmakers failed to find a compromise between the House Democrats’ Aim Higher Act — which would have reauthorized the Higher Education Act while requiring states to invest more in public universities to get more federal money — and a Republican reauthorization proposal that would have cut billions from higher education spending.

Alexander laid out his three-part plan to help students afford college in February, saying the reauthorization should cut FAFSA from 108 questions to about 20, create a new way to repay student loans and institute an accountability system that would hold colleges responsible for the loan repayment rates of their graduates.

Both parties said this year they are committed to reauthorizing the Higher Education Act but their plans remain far apart. The Democrats’ proposal would create a path for students to graduate without debt from a combination of state and federal funds, while the Republicans’ proposal would cut $15 billion from student aid, keeping only Pell Grants.

An aide from a top Democrat on the House Education and Labor Committee said Democrats will oppose cutting funds.

Clare McCann, deputy director of federal policy at the progressive think tank New America, praised the bipartisan agreement on the need to simplify both FAFSA and the overall system. She added that it is important to find ways to streamline the process without making significant funding cuts.

Senate Democrats said the bill should expand and strengthen federal financial aid programs such as investing more in Pell Grants. Sen. Tammy Baldwin, D-Wis., said simplifying FAFSA is only one step in the process.

“While I agree we must do more to remove barriers that discourage students from seeking and receiving financial support from which they qualify under current law, we must also… help students in need afford the true costs of college and earn a higher education without taking on suffocating debt,” Baldwin said.

The fight over how to make college more affordable will continue as Congress considers President Donald Trump’s 2020 budget proposal, which he released Monday. The plan would reduce the number of repayment plans, cut federal work study program spending and eliminate the public service loan forgiveness program, which allows government and not-for profit employees to have their student loans canceled after 10 years of on-time payments.