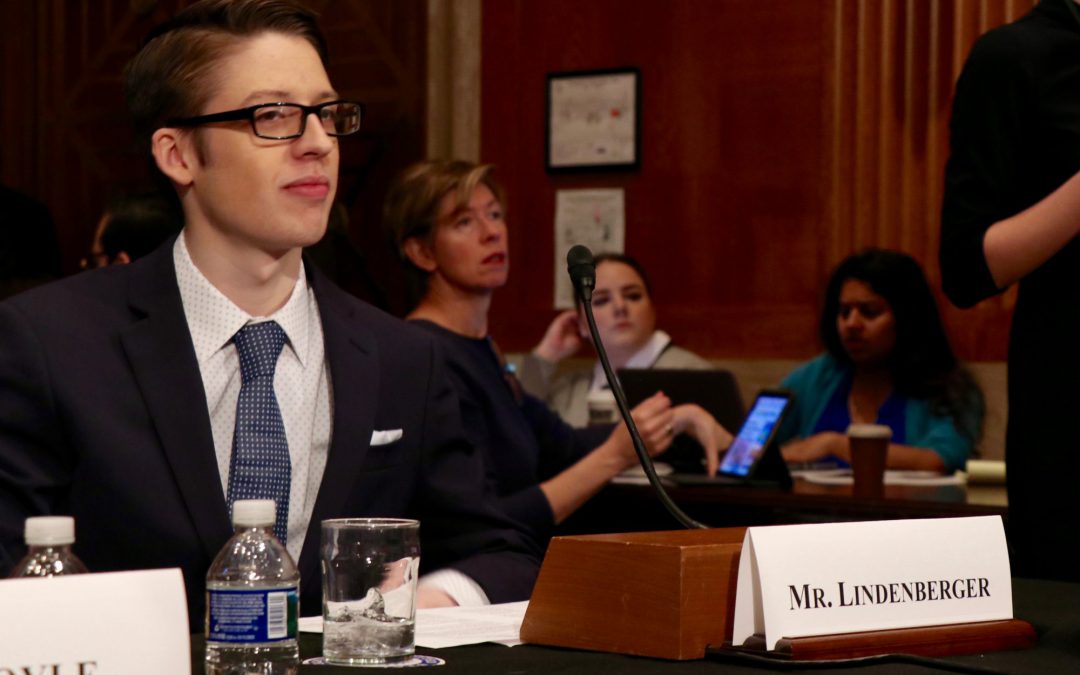 Ethan Lindenberger spoke to the Senate about the dangers of misinformation in the vaccine debate. (Brooke Fowler/MNS)

Outside the hearing, hundreds of protesters, some carrying signs or wearing shirts warning against vaccinations, tried to attend the hearing prompted by the recent outbreak of measles in the U.S.

“There is a lot of misleading and incorrect information about vaccines that circulates online, including through social media,” said Health, Education, Labor and Pensions Committee Chairman Lamar Alexander. “As with many topics, just because you found it on the internet doesn’t make it true.”

Alexander condemned those who spread false information about the dangers of vaccines online, saying they prey upon the fears of vulnerable parents.

Lindenberger, a student at Norwalk High School in Connecticut, recently made national news after he chose to get his first vaccinations at age 18 despite his mother’s opposition.

Lindenberger said his mother, a staunch opponent of vaccinations, mostly read about the dangers of vaccines on Facebook and other online platforms.

“I think part of the issue is how to find good information,” he told the Senate committee. “For my mother, her love, affection and care as a parent was used to push an agenda to prey and cause distress.”

Democratic Sen. Patty Murray represents Washington state, where a recent measles outbreak has alarmed the medical officials and parents nationwide. “This is a true public health emergency,” she said.

According to Immune Deficiency Foundation President John Boyle, there have been 71 reported cases of measles in Washington and a growing lack of participation in routine vaccines.

“I understand the concern some new parents have, particularly with what’s on social media, but that fear can’t override the facts,” Boyle said.

Advocates for the anti-vaccination movement have argued their beliefs are founded in fact and that not all doctors have the same opinion. 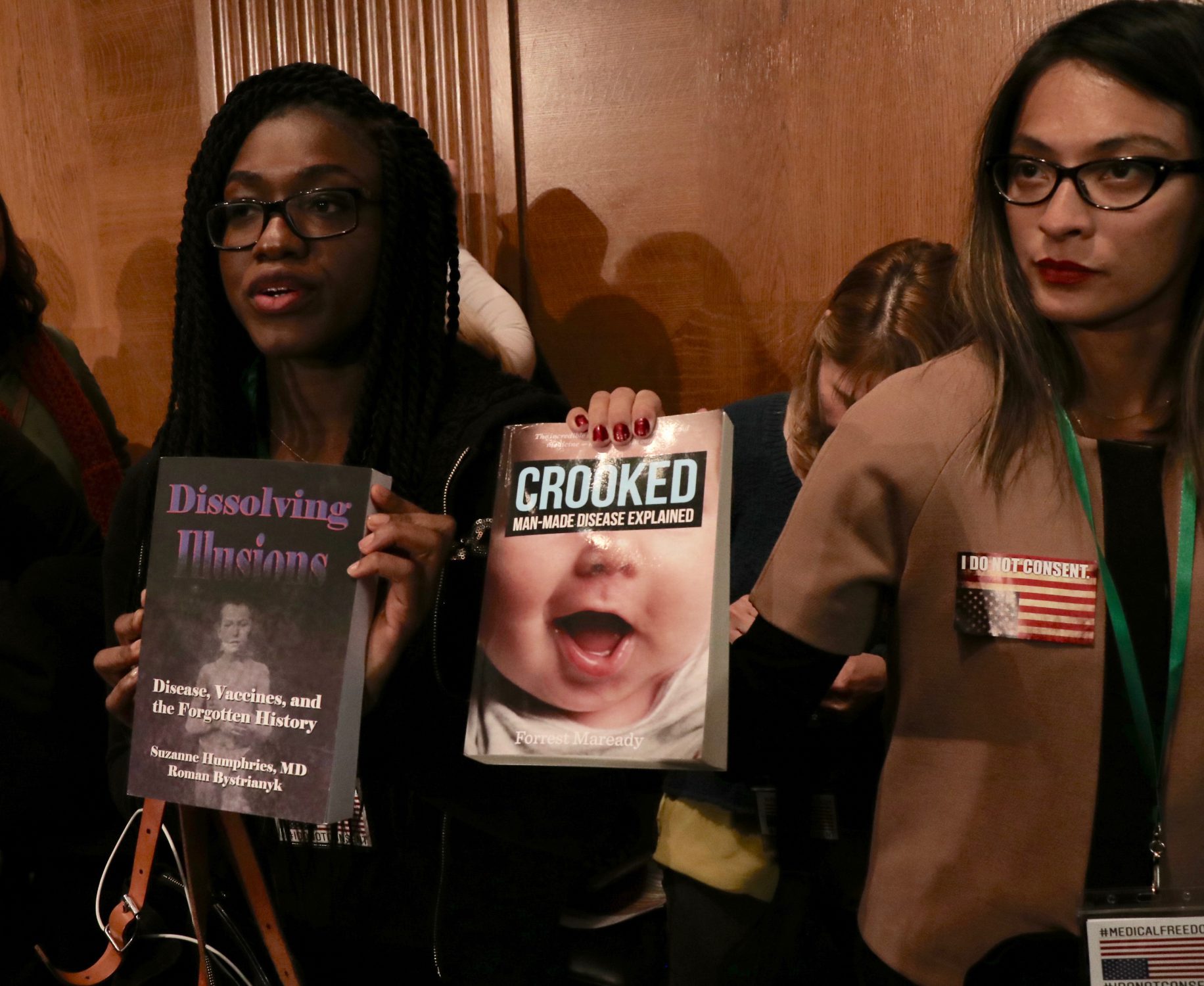 Kelly Semik (left) displays a book about the harms of vaccination. Unaffiliated with any organization, she traveled to the hearing from New York as a “concerned citizen.” (Brooke Fowler/MNS)

Sen. Rand Paul, R-Ky., said his children are vaccinated, but he does not support a federal requirement for vaccinations, calling the idea a violation of personal freedom.

“I still do not favor giving up on liberty for a false sense of security,” he said, prompting loud cheers from the visitor section.

Lindenberger argued vaccination is not a debatable issue because there is no evidence of danger.

“There’s seems to always be two sides to a discussion,” he said. “Though this may seem true in all instances, it is not true for the vaccine debate, and I pushed my mother with this concern that she was incorrect.”

Although no federal law exists requiring vaccinations, children cannot attend a public school in the U.S. without being vaccinated for diphtheria, tetanus, and pertussis. Many states have expanded the requirement to include polio, measles and chicken pox.

“If you believe in liberty, that’s fine, don’t get your child vaccinated. But I don’t think you need to expose others to disease,” said Sen. Alexander. “It is not just the individual who is affected.”

Lindenberger said his high school administrator played a large role in his decision to get vaccinated.

“My school viewed me as a health threat and it prompted me to look further into the issue,” he said. “Approaching this issue with the concern of education and addressing this information properly can cause change, as it did for me.”