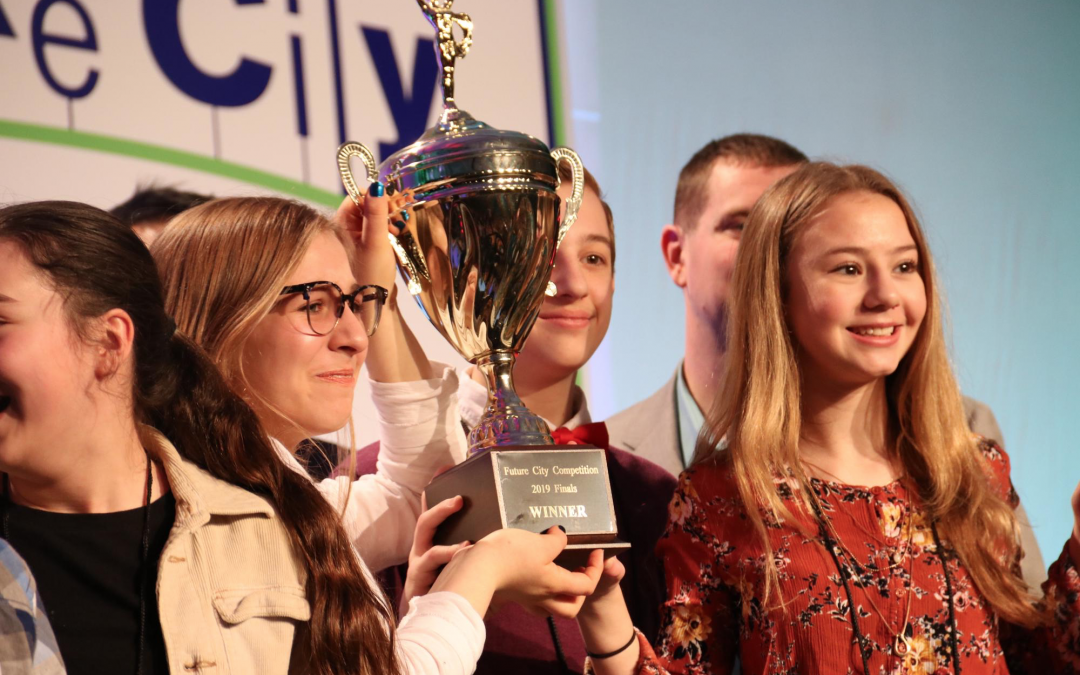 The three presenters for Central Pennsylvania hold the trophy on stage just moments after hearing that they had won the 2019 Future City Competition. (CAMERON PETERS/MNS)

WASHINGTON — Students across the country designed cities that will meet the rising threat of natural disasters while maintaining innovative solutions in transportation, waste management and electrical power. The designs were developed for the annual Future City Competition, which encourages middle school students to create innovative solutions for emerging urban challenges.

The winning team designed a futuristic city capable of handling environmental disasters such as flooding with its protected hydroelectric power grids.

The team from Warwick Middle School in Pennsylvania presented their model city, called Toyama, to a panel of judges on Feb. 19 at the 27th Future City Competition finals. They were among forty-three teams that travelled to Washington, D.C. for the two-day final after winning regional competitions in January. 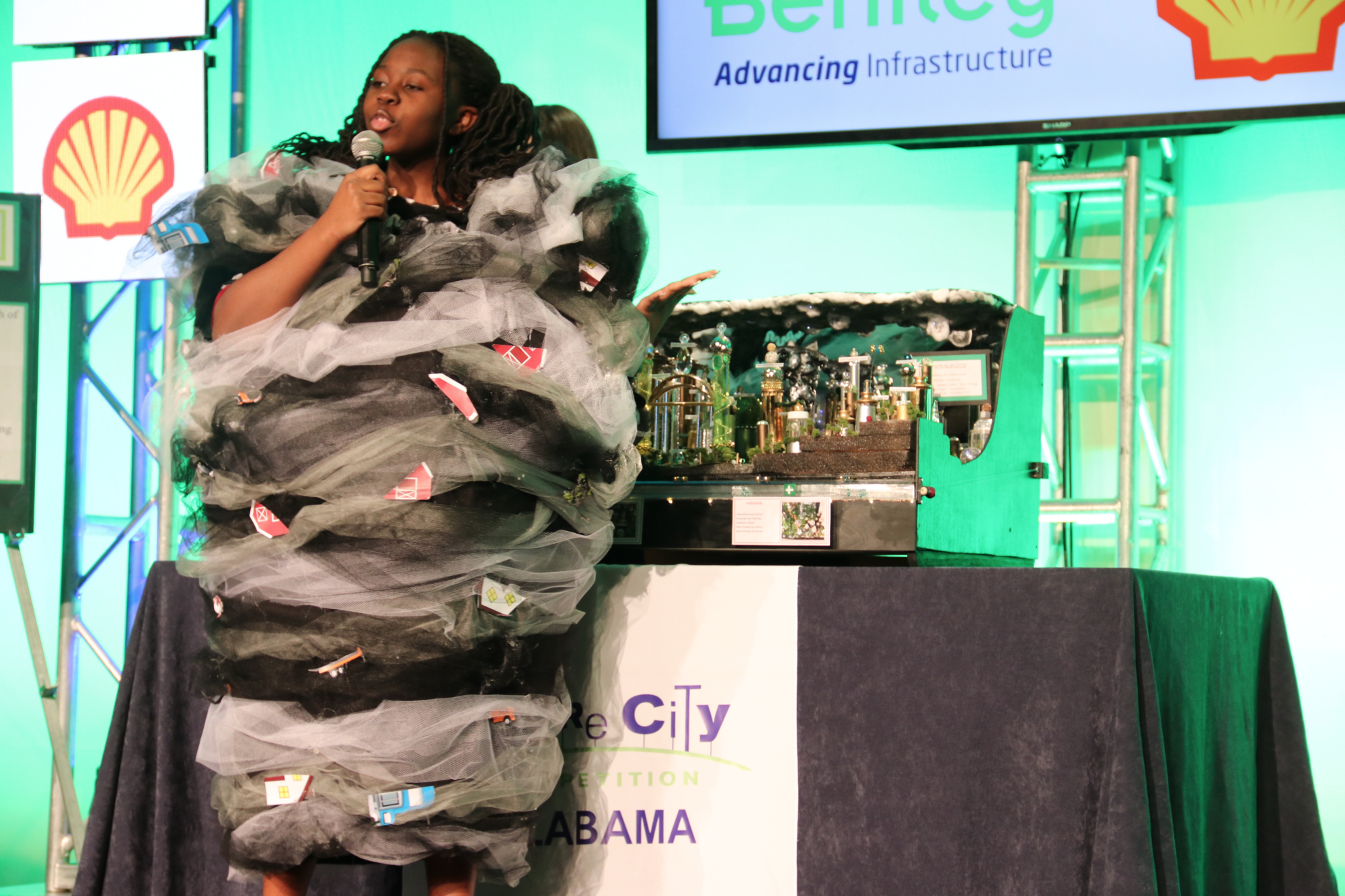 A student from the Alabama team was dressed as a tornado for the final presentation of her city, called Emerald City. (HENRY ERLANDSON/MNS)

Other finalists included teams from regions in Idaho, Alabama, New Jersey and the Mid-Atlantic. The Alabama team grabbed second place with its Emerald City in Kansas, which featured an underground power grid to address the threat of tornadoes.

As a result of placing first, Central Pennsylvania won a $7,500 grant for their school’s STEM program and a trip to Space Camp in Huntsville, Alabama.

This year’s theme was “Powering Our Future” and more than 40,000 students were tasked with creating the city best equipped to deal with natural disasters.

Teams of students, including several from China and Canada, spent months creating cities for the competition, which included five deliverables: a project plan, virtual city design, model, presentation and essay.

The Future City Competition, sponsored by Shell Oil Company, Bentley Systems and the Bechtel Corporation, hopes to inspire young students to start thinking about challenges in fields of engineering and science by constructing futuristic cities.

David Wilson, chief innovation officer at the Bechtel Corporation, told the students how impressed he was by the different cities.

“I’m so inspired by looking at the sparks of ideas from the teams. They will manifest themselves in new ways as you go up through your career and education,” Wilson said. 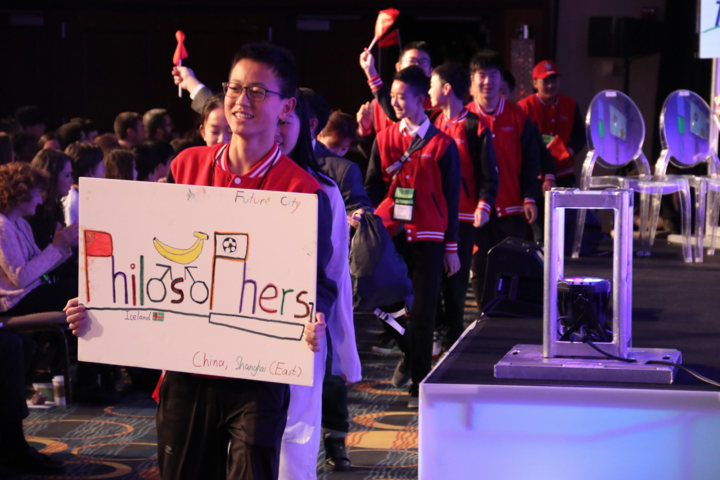 A team from China enters the ballroom with their city poster during the final day. (HENRY ERLANDSON/MNS)

Thea Sahr, the director of programs at DiscoverE, which hosts the Future City event each year, said the competition showcases the students’ prodigious talent and consistently astonishes the adults who help run the competition.

“They’re always blown away by the caliber of the students’ solutions and everyone kind of leaves here feeling really buoyed and very upbeat about what the future holds because these kids really are remarkable,” Sahr said.