Diners, Drive-Ins and Dives: Four restaurants politicians have to visit if they want to win the New Hampshire primary 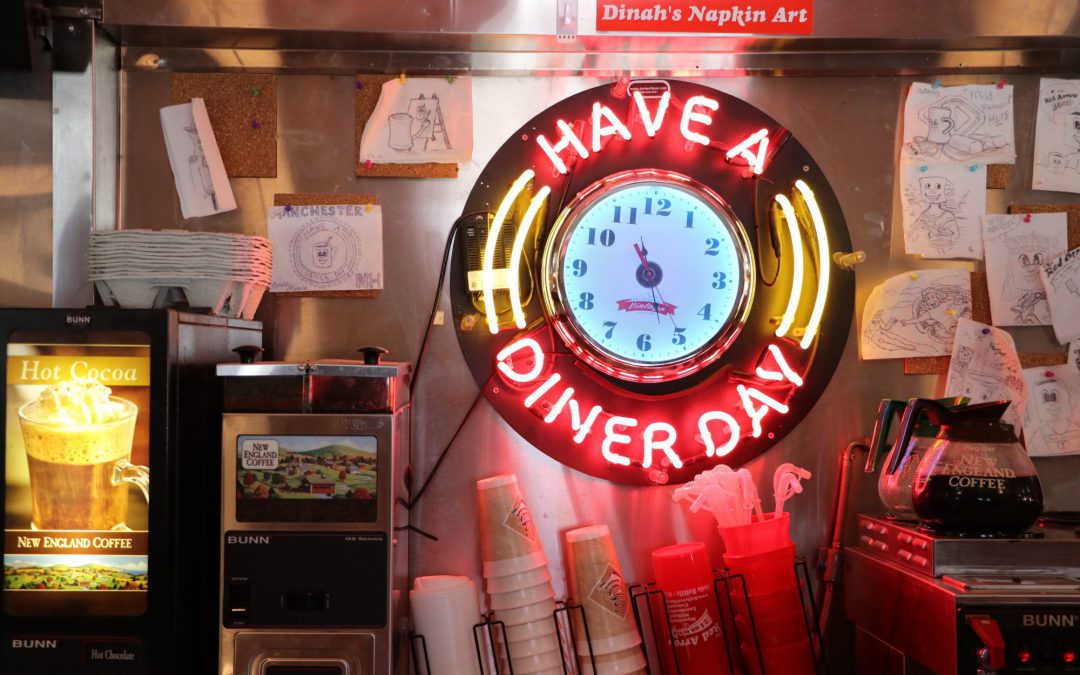 The Red Arrow Diner in Manchester, New Hampshire, has diner puns throughout the restaurant, including this sign and pictures of one of its mascots, "Dinah." (Charlotte Walsh/MNS)

MANCHESTER, N.H. — Every four years, presidential hopefuls swarm the small state of New Hampshire, home to the nation’s first primary, And to its diners, where they must do what politicians do best: mingle.

From pancake breakfasts to hamburgers to-go, diners serve as a home for politicians in search of local voters. These four diners in particular have become hotspots for superstitious presidential candidates, who believe they have to visit the eateries to win. 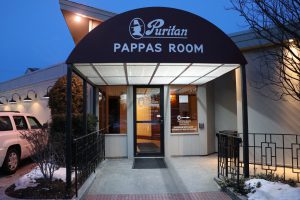 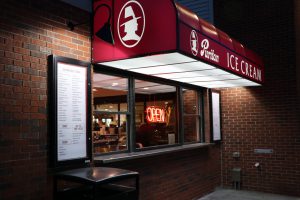 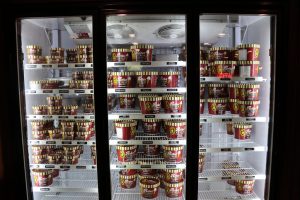 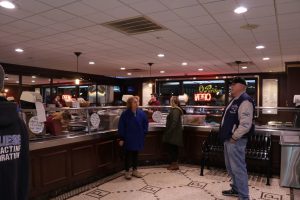 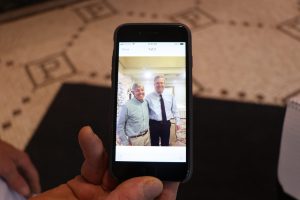 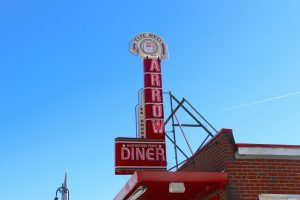 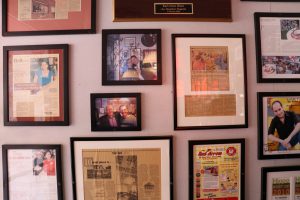 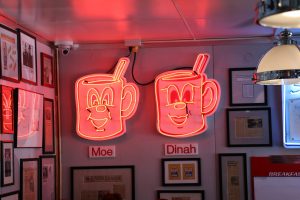 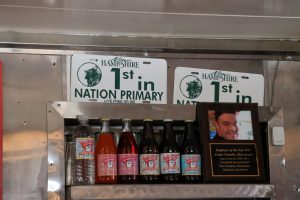 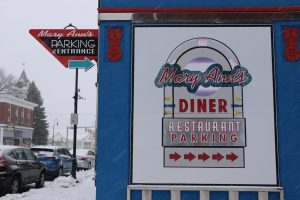 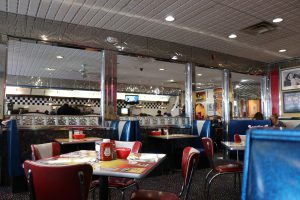 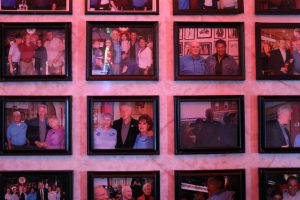 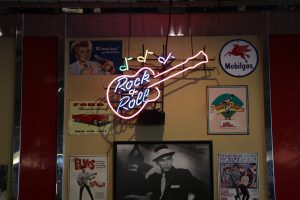 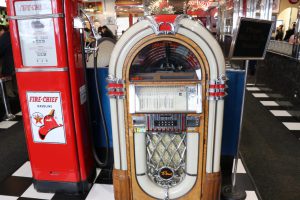 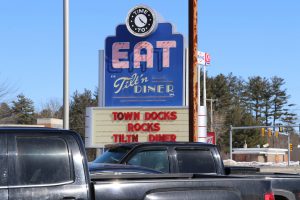 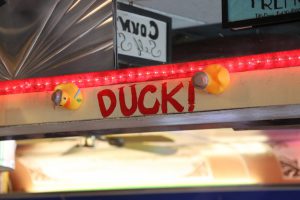 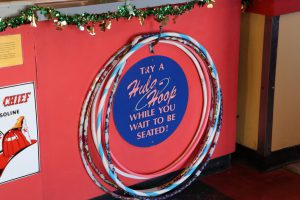 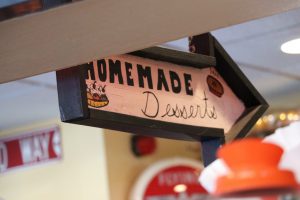 The Puritan Backroom was a popular place for politicians to hold rallies, meet and greets and even serve drinks long before the owner’s son, Rep. Chris Pappas, D-N.H., was elected to Congress this year.

Arthur Pappas said politicians began coming to his restaurant, which first opened in Manchester in 1917, because it is a well-liked spot for Manchester residents to munch on chicken tenders, burgers and the restaurant’s own homemade ice cream.

“People want to come to where the people are,” Pappas said. “We have a history of being a place to stop by. You need to come if you want to win.”

He said 2004 Democratic candidate John Kerry once started bartending at one of his events, and Hillary Clinton held all of her 2016 Manchester events at the Puritan Backroom, including a rally in the parking lot. The owner added that he liked that 2016 Republican presidential candidate Sen. Marco Rubio came in with only his family to meet residents, leaving security and staff behind.

Pappas said when he really likes a candidate, he invites them to his house for dinner. He said so far this election season, he’s invited Sen. Cory Booker, D-N.J., because he seems like a “regular guy.”

“We’re so spoiled. We get to meet all these people first,” Pappas said. “It’s neverending now. There’s no end to the political season.”

What do former President Barack Obama, chef Guy Fieri, comedian Adam Sandler and American Idol runner-up David Archuleta have in common? They’ve all been to the Red Arrow, where a large bell is rung for each first-time customer.

The tiny diner is made up of only a bar and six booths, but has been a staple of the New Hampshire political scene for years — even being featured on “Diners, Drive-Ins and Dives,” the Guy Fieri cooking show.

Ellen, a waitress who declined to give her last name, has worked at the restaurant for over 13 years. She said it’s “crazy” when a presidential candidate comes to eat — in addition to the candidate, his security team, staff and reporters will crowd the tiny space. Her favorite candidate? Obama.

“He looked you in the eye, not over you or through you,” she said.

The diner commemorates its impressive guest list, framing photos of the diners in front of the bar and puttng name plaques on the stools where they sat. Pictures of 2012 Republican nominee Mitt Romney, Obama, and comedians Sandler and Sarah Silverman line the walls. It’s one of the few New Hampshire establishments open 24 hours, serving its full menu of breakfast, lunch and dinner all day.

With 1950’s-inspired decorations, poodle skirt-wearing waitresses and a real jukebox, MaryAnn’s Restaurant in the small town of Derry is a magnet for politicians — as shown from the mass of framed photos displaying politicians dining at their establishment covering one wall. The restaurant has ample space — perfect for a crowd of supporters— and a vast menu with everything from egg plates to cocktails.

General manager Christina Andreoli said the tradition began when a campaign staffer asked for a recommendation from the New Hampshire Chamber of Commerce.

“They just started coming,” she said.

Andreoli said she likes the free advertising politicians bring, although sometimes it can get “insane.” She has worked at MaryAnn’s for over 30 years, and has met everyone from President Bill Clinton to 2016 GOP presidential hopeful Chris Christie, whom she called “really nice.”

The Tilt’n Diner, north of many of the major hubs in the state, has become a pit stop for presidential candidates on their way to vacations at Lake Winnipesaukee. John McCain, Ted Cruz, Joe Biden and Mitt Romney have all dropped in to dine, the restaurant manager said. So many dropped in that the owners, local restaurant group Common Man, once installed a novelty ATM that dispenses money stamped with a bold message in red ink: ‘NOT 2 B USED 4 BRIBING POLITICIANS.’

No 2020 candidates have shown up yet. Democratic candidate John Delaney, a former Maryland congressman, scheduled a visit, but had to cancel last-minute. The manager also said President Donald Trump scheduled a visit in 2016, but did not show because the diner would not shut down entirely for his security.

With a vintage feel, the busy diner houses some funky decor, from a hula hoop station at the host stand to the “10 Commandments of Diners” painted on the walls. And the food’s not too bad, either.