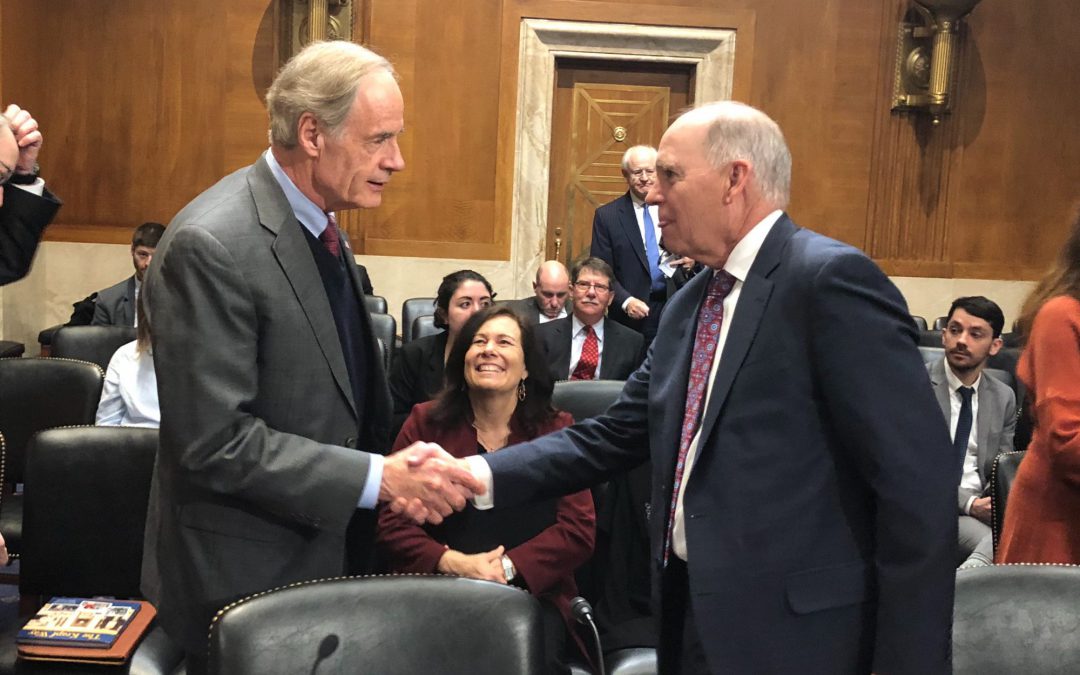 WASHINGTON –– A bill to renew a diesel emissions reduction law is one of the few successful climate initiatives with bipartisan support and should get quick congressional approval, senators on the Environment and Public Works committee said Wednesday at a hearing on the legislation.

“One of the benefits of this program is that it reduces greenhouse gas emission,” said Chairman John Barrasso, R-Wyo., who argued that it dispelled the “false narrative” that Republicans haven’t proposed legislation to combat climate change.

Members of both parties touted the law that has funded 10 years of environmental programs to improve air quality through limiting diesel in vehicles, a regulation executed by the Environmental Protection Agency. The law is set to expire unless Congress renews it.

“We have a great bipartisan coalition supporting [the bill],” said Delaware Sen. Tom Carper, the top Democrat on the committee. “This is another great example of how we can work together and get stuff done.”

Experts who testified at the hearing joined the strong support of the bill, including Kurt Nagle, president and CEO of the American Association of Port Authorities, who said ports often struggle to keep air clean because so many vehicles and pieces of equipment use diesel fuel.

According to Corning Inc. executive Timothy Johnson, the International Agency for Research on Cancer designated diesel to a “known human carcinogen,” which is one reason he supports DERA.

“It provides seed money to clean up diesel exhaust using a wide range of verified technology without breaking the owner’s wallet,” Johnson said. “The federal government can have a major role in helping current diesel owners clean up their engines.”

Carper noted that President Donald Trump’s proposed 2020 budget would cut funds for the law from $87 million to $10 million.

Johnson argued the program could use more money because there are diesel-emitting truck drivers who want to upgrade to cleaner engines but don’t receive grants from the EPA because of lack of funds.

Carper sees the next step as a gas fee and, eventually, a fee based on miles traveled per vehicle as more electric vehicles come into use, which would increase revenue and promote more fuel-efficient vehicles.

In a recent meeting with lawmakers, Trump rejected Carper’s proposal for a four-cent gas tax.

“He said, ‘That’s not enough. We need 25 cents and we need it right now.’ He called on us to support that level of funding in one fell swoop,” Carper said following the hearing. “This is a situation where presidents need to provide leadership” because Barrasso and House Republicans have opposed gas tax increases.

Barrasso plans to finalize the legislation soon, although no meeting date has been set.