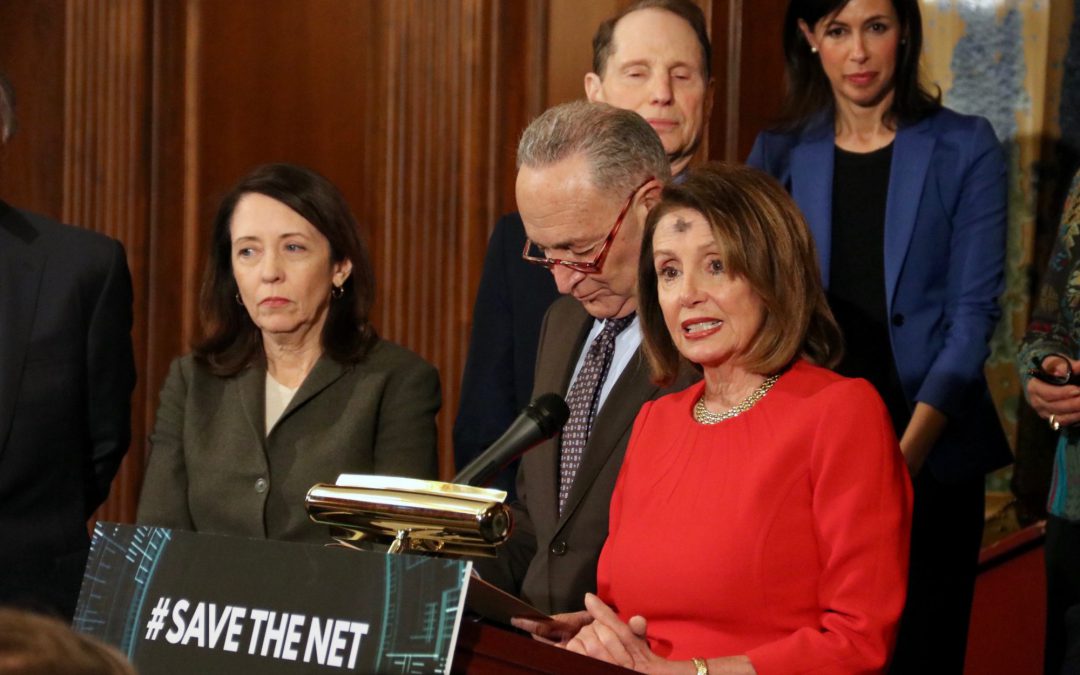 The three-page “Save the Internet Act” would restore a 2015 Obama-era order allowing the Federal Communications Commission to enforce net neutrality, the principle which requires Internet service providers to treat all users as equal. Without it, providers are allowed to set different price points and prioritize some kinds of Internet traffic over others.

The bill would also reclassify broadband Internet as a “utility” under Title II of the Communications Act, which means it can be heavily regulated by the FCC. This is the greatest point of contention between Republicans and Democrats.

In late 2017, the FCC, under Trump appointee Ajit Pai, voted along party lines to remove broadband internet from Title II, thereby repealing net neutrality protections. The move received broad criticism, with the FCC receiving 24 million comments about the 2017 action — more than six times the amount they received about the decision to protect net neutrality in 2015. Many internet content companies, including Netflix, have supported net neutrality, opposing telecom companies like Comcast and AT&T.

The rule change took effect in June 2018, but the FCC has been far from unified on the decision. FCC commissioner Jessica Rosenworcel showed her support for the “Save the Internet Act” on Wednesday.

Rep. Mike Doyle, D-Pa., a sponsor of the bill, said it allows for FCC jurisdiction flexibility, so the Title II issue will be dealt with. Through this act, the agency can regulate new technologies or legal loopholes that may crop up — like broadband Internet did.

“Consumers and small businesses want the protections and the certainty it’s shown that net neutrality will provide,” he said.

John Howes, a policy counsel at the Computer and Communications Industry Association, said the nonprofit advocacy group is a strong supporter of the bill. The text states no order similar to the 2017 decision could be made again — something Howes said will provide certainty to both industry members and consumers.

Democratic leadership showed their support Wednesday, with Minority Leader Chuck Schumer saying the bill would stop the costs of Internet service from rising for “average folk.” House Speaker Nancy Pelosi emphasized its effects on small businesses, saying it allowed them to remain on an “equal playing field” with larger corporations.

“A free and open Internet is a pillar…of our democracy, of economic possibility, of entrepreneurships and creating opportunities and empowering communities,” she said.

Both House and Senate Democrats hope to attract Republican co-sponsors, though none have signed on thus far. Pelosi cited that 86 percent of Americans oppose the repeal of net neutrality, including 82 percent of Republicans.

The bill faces an uphill battle in the Republican-controlled Senate, and a possible veto from President Trump, who has critiqued net neutrality before. Republican criticism of the bill could come from the Title II designation, where they worry about over-regulation from the FCC.

Rep. Greg Walden, R-Ore., top Republican on the House Energy and Commerce Committee, which has jurisdiction over the bill, expressed his concern last year over reclassifying broadband Internet as under the FCC’s jurisdiction.

“Title II is the outlier here,” he said. “Title II sounds innocuous, but it gives big government unlimited authority to micromanage every single aspect of a provider’s business, that includes setting rates. There is nothing neutral about this kind of authority.”

Hal Singer, a senior fellow at the George Washington University Regulatory Studies Center, predicted the bill will not garner GOP support because of that distinction.

Pelosi said House hearings on the bill will start as soon as next week.