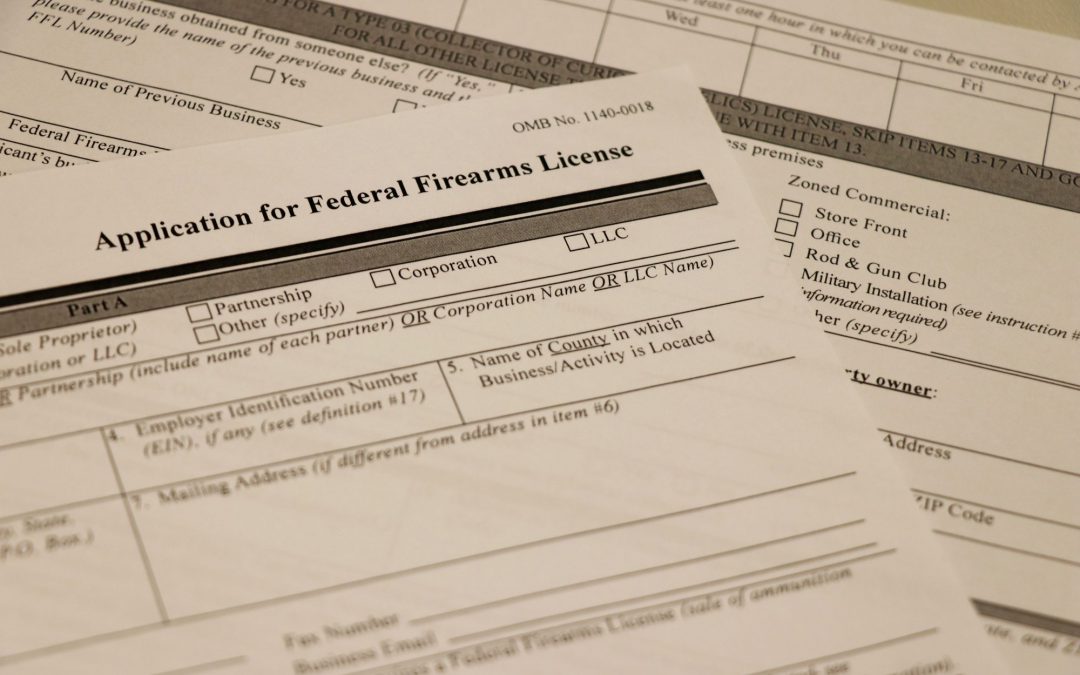 The Alcohol, Tobacco, Firearms and Explosives form to apply for a Federal Fire Arms License. The Federal Bureau of Investigations conducts a background check after an person applies for a license or attempts to buy a gun from a license holder. (Samantha Handler/MNS)

WASHINGTON — Federal Bureau of Investigations and Alcohol, Tobacco, Firearms and Explosive officials said Wednesday they need more funding because of the possible passage of background check legislation and the increased cost of criminal investigations.

At a Commerce, Justice, Science and Related Agencies committee meeting, Chairman Jose Serrano, D-N.Y., said the committee has a “long history” of interfering with common-sense policies to prevent gun violence and not giving the ATF enough money to implement the policies. 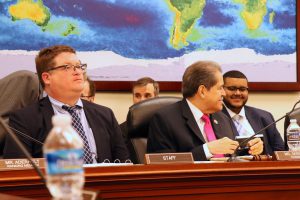 ATF deputy director Thomas Brandon said the increased use of cell phones and social media over the past 30 years has complicated investigations, causing their cost to go up.

He said the ATF, was not adequately funded in the most recent budget proposals. The 2019 budget cut $40 million from the portion of the agency that tackles gun violence.

The Trump Administration’s proposed 2020 budget would reduce total Justice Department funds from about $30 billion currently to $29.2 billion, and the ATF funding would not increase from its $1.3 million allocation in 2019.

The House passed the bill in February with only eight Republicans, and it is unlikely to pass the Republican-controlled Senate.

Under current law, the FBI has three days to complete background checks. If the review is not complete after those three days, the individual is automatically cleared to purchase the gun. This loophole allowed Dylann Roof to buy the gun he used to kill nine people in a Charleston, South Carolina church in 2015.

Halvorsen said the FBI sometimes has to move people from different programs to informant services to complete the background checks.

“The more resources we have, the better off we’d be,” Halvorsen said.

Alabama Rep. Robert Aderholt, the ranking member of the committee, voted against H.R. 8 and said “restricting the rights of gun owners” is not the best way to prevent gun violence and that guns are not the reason for gun violence.

“All too often is the case that some in Washington and members of the media want to blame the presence of guns,” Aderholt said.

Members also questioned if the FBI has enough resources to handle the number of calls and online tips they receive. Halvorsen said last year the FBI received 655,000 calls and 755,000 electronic tips.

Rep. Charlie Crist, D-Fla., said his state has been “devastated” by the shooting in Parkland last year that killed 17 people, which he said the FBI could have prevented if a caller’s tip about the shooter had been identified as a threat.

Halvorsen said the FBI has changed its procedures for Criminal Justice Informant Services following the Parkland shooting. She said the bureau made technology improvements to get information to field officers faster and added more supervisor review.

“We don’t want any of these to happen anymore either,” she said. “We strive harder and harder to make sure it doesn’t happen.”