Trump Sticks By Wall in State of the Union Address 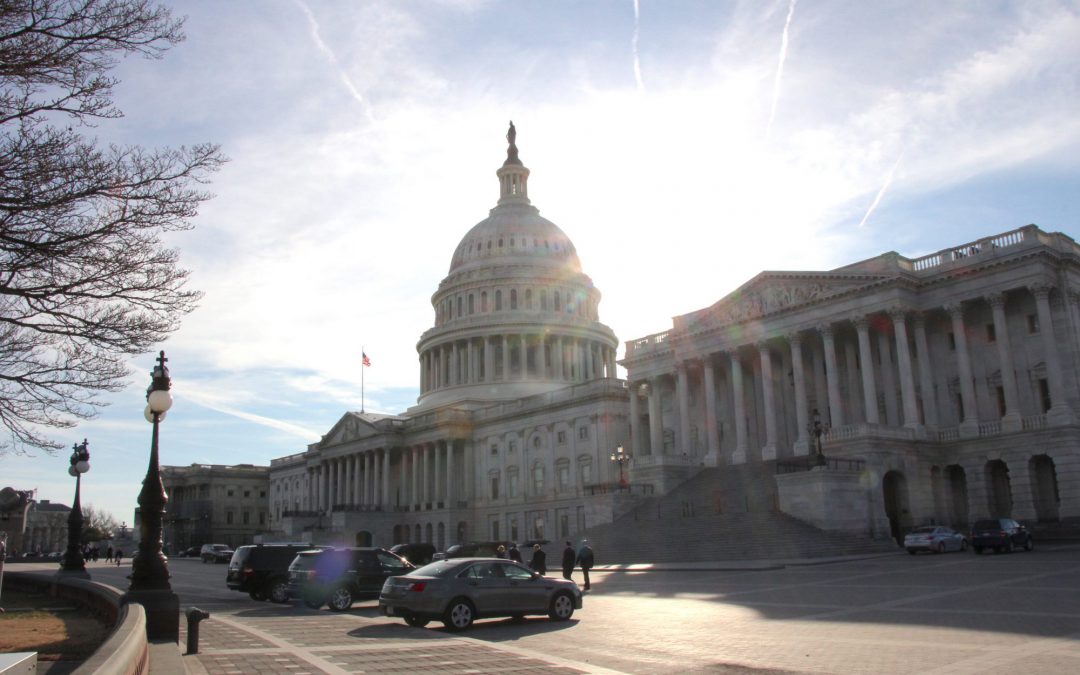 The Capitol on the day of the State of the Union address. (Gabrielle Bienasz/MNS)

WASHINGTON – President Donald Trump’s call for a wall to secure America’s southern border in his State of the Union address Tuesday night was no surprise to opponents.

“More of a reality check, these are families and children seeking protection, fleeing spiraling violence and poverty,” she said.

Chris Montoya, who served as a Customs and Border Protection agent for 21 years, said that “crime rates are pretty low in border cities. Being a border patrol agent is one of the safest law enforcement jobs. All those things together means a safe border.”

Rep.  Adriano Espaillat, D-N.Y., invited as his guest a mother who had been separated from her children at the border.

Rep. Sheila Jackson, D-Texas, was enthusiastic about their attendance at the address. “Their presence here today is representative of the big tent that America is,” she said.

In his address, Trump attributed what he called at crisis at the border to America’s “reduced jobs, lower wages, overburdened schools, and hospitals that are so crowded you can’t get in.” He referenced San Diego and El Paso as being cities that were once violent, and now safe with the addition of physical barriers.

Trump also mentioned the prevalence of MS-13 within the country. “They almost all come through our Southern border,” he said.

Montoya said MS-13 members do enter through the southern border on rare occasions, but it is uncommon for CBP agents to make an arrest.

Senate Minority Whip Dick Durbin is the ranking member on the Senate Subcommittee for Border Security and Immigration. He said nothing changed in Trump’s rhetoric. “If we’re waiting on him, we’re not going to get this solved,” he said.