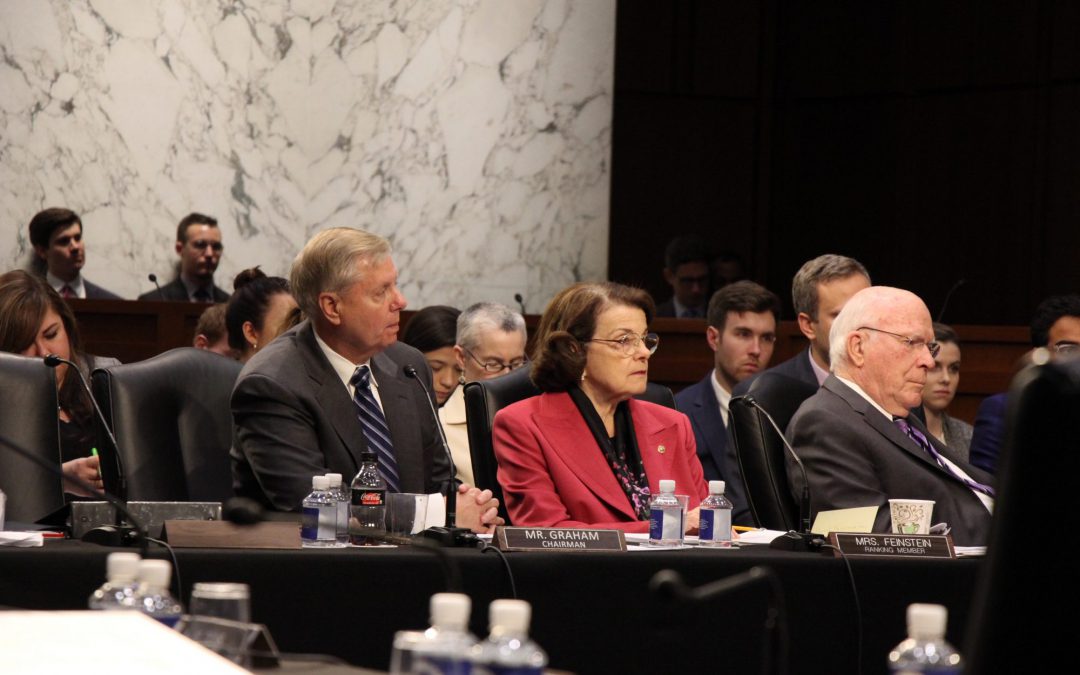 WASHINGTON — The Senate Judiciary Committee Thursday voted to advance Attorney General nominee William Barr, setting the stage for the entire Senate to vote on his confirmation as soon as next week. Barr will likely be confirmed by the Republican-controlled Senate.

The committee split along party lines in the vote, 12 Republicans to 10 Democrats, with Democrats particularly concerned that Barr would not publicly release Special Counsel Robert Mueller’s final report. Sen. Dianne Feinstein, the top Democrat of the Judiciary Committee, was scathing in her criticism of Barr, pointing too a memo he wrote and delivered to the White House five months before his nomination, which she said effectively states it is impossible for the president to obstruct justice.

“Under his theory, the president is above the law in most respects,” she said. “I believe the memo is disqualifying.”

Chairman of the Senate Judiciary Committee Sen.Lindsey Graham, R-S.C., disagreed, saying under Barr’s beliefs, the president can be charged with obstruction of justice. Graham also noted Barr told him he would “not allow executive privilege to be used to cover up wrongdoing.”

Feinstein also said Barr’s views on abortion — he has questioned the constitutionality of Roe v. Wade — and torture techniques — in his hearing he did not say whether or not waterboarding is torture — are troubling.

Graham said he approved of the nomination given Barr’s experience, and said he trusts Barr to release as much of Mueller’s report as he deems safe.

But other senators, both Democratic and Republican, stated they were worried about Barr’s transparency concerning the Mueller investigation. Sen. Chuck Grassley, R-Iowa, said he disagrees with Barr on the question of transparency, but still voted to confirm his nomination.

Grassley, along with Sen. Richard Blumenthal, D-Conn., unveiled a bill last week which would require the special counsel to unveil his findings to both Congress and the public.

The Democrats were perhaps most concerned by Barr’s belief in the unitary executive theory. Sen. Amy Klobuchar, D-Minn., said she is alarmed by this vast view of executive privilege, believing Barr thinks the president can oversee investigations into his or her own conduct.

“This is not the time to install an attorney general who has repeatedly espoused a view of unfettered executive power,” she said.

Senate Minority Whip Dick Durbin, D.-Ill., railed against Barr. Although he called Barr a “good person” and an experienced judge — likening him to James Mattis, the former secretary of defense — Durbin said he, like others, worried about Barr’s involvement in the Russia probe.

“I hope I’m wrong,” Durbin said. “ I hope he will stand up … even if it’s against the wishes of the president.”

The meeting also included the approval, again mainly on party lines, of 44 other judges, both for federal district and circuit courts, as well as Donald W. Washington for director of the U.S. Marshals Service.