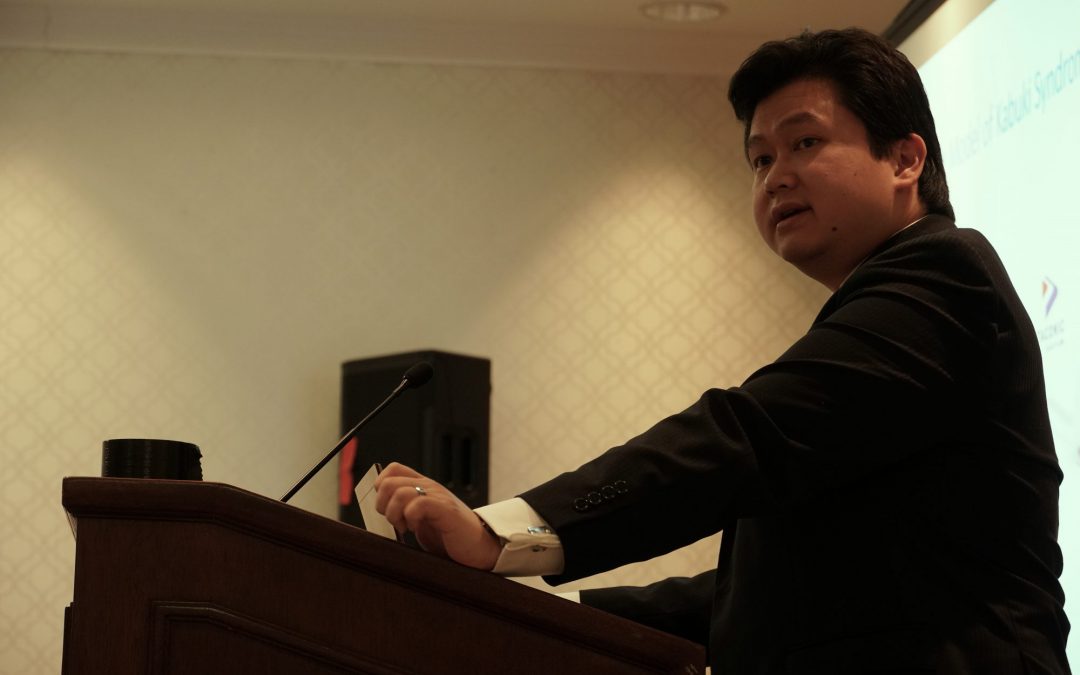 Director at Rare Genomics Institute Arvin Gouw speaks about the science and ethics of gene editing at a conference on the future of science Thursday. (Ester Wells/MNS)

“We still don’t have full clarity, but we need research to be able to get that,” said Siva Subramanian, professor of Pediatrics at Georgetown University.

Speaking at a conference on gene editing and bioengineering at the American Association for the Advancement of Science annual meeting, Subramanian said the key obstacle to fully embracing gene editing is uncertainty — uncertainty about the power and limitations of editing technology, about whether edited genes will be transferred to future generations and about what other unintended consequences altered genes might have on the body.

Gene editing, which involves changing an organism’s DNA by adding, removing or replacing sections of genetic material, has long been contentious because of its social and ethical implications. But it became especially controversial after the Chinese scientist He Jiankui claimed to have created the world’s first genetically edited babies last November, an experiment he said was intended to protect the babies against HIV infection. The Chinese government later condemned He’s work as a violation of state laws.

Gene editing has become more viable in the past several years with the discovery of CRISPRs, specialized regions of DNA that make manipulating genes faster, cheaper and more accurate than other methods of editing. By making genes easier to alter, CRISPRs increase the potential for gene editing to be used to treat and prevent diseases such as cancer, heart disease, HIV and mental illness.

Gene editing can also be used to eliminate the evolving bacteria that render antibiotics ineffective and to bioengineer crops, boosting their nutrition and enabling them to better withstand pests or bad weather. The practice of bioengineering crops itself, Subramanian said, has great potential to increase food output, improve food security and alleviate poverty in developing areas of the world.

But there are still questions about the safety of gene editing. While the CRISPR approach has been used successfully to treat diseases like genetic deafness and sickle-cell anemia in mice, two 2018 studies published in Nature Medicine found that CRISPR may increase the risk of cancer in humans or even create new diseases.

Arvin Gouw, director of the BeHEARD (Helping Empower and Accelerate Research Discoveries) division of the Rare Genomics Institute, said there is also potential for scientific mistakes such as deleting the wrong gene or deleting the right gene but triggering unintended consequences.

Manipulating human DNA raises ethical concerns as well. Scientists at the conference discussed the possibility of people using gene editing for eugenics purposes and the potential for differing access to treatment, with wealthier people having more access, to worsen economic disparities.

But the issue of informed consent, by which patients agree to the treatment administered to them, is central to the gene editing debate. Many argue that those affected by the edits — that is, the embryo and potentially future generations — are not capable of giving consent.

“Consent requires a certain amount of knowledge,” Gouw said. “It is difficult enough for the scientist to comprehend what will happen. What about the patients that are receiving [the treatment]?”

Because of the ambiguity surrounding its safety and morality, embryonic gene editing is legally restricted in many countries — as Subramanian said it should be.

“There have to be some regulations to protect humans, and the advances of science should follow that,” he said.