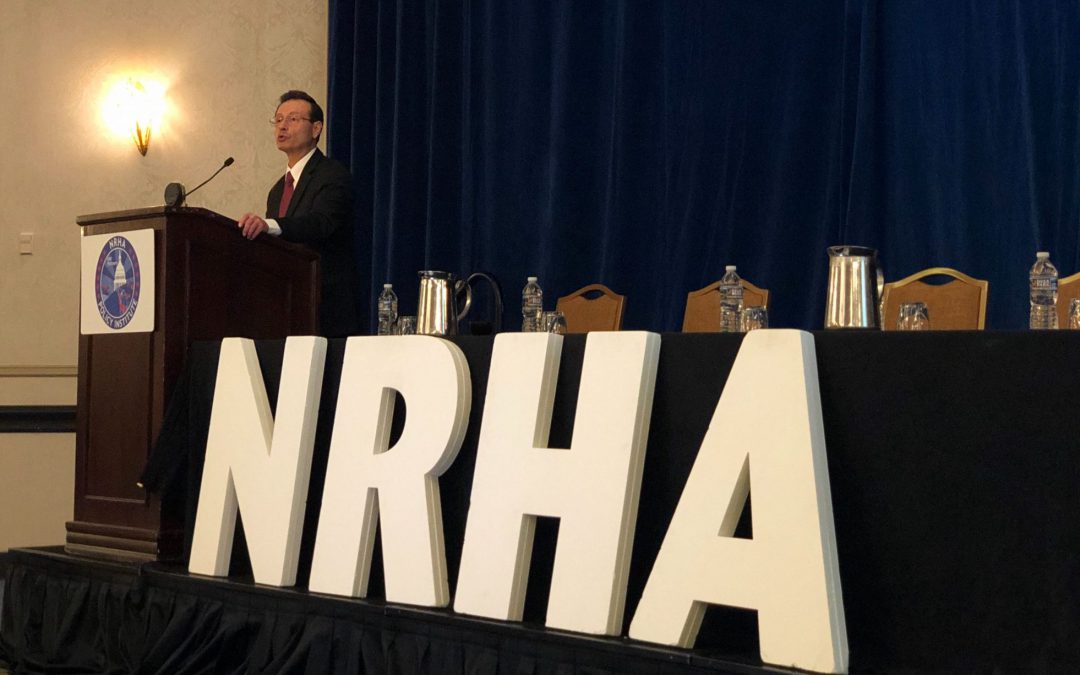 “At the end of the day, our communities and our chains are only as strong as our weakest link,” said Cara James, minority health director at Centers for Medicare and Medicaid Services.

James and other health administrators, speaking at a rural health disparities summit hosted by the National Rural Health Association and American Academy of Family Physicians, highlighted the rural-urban gaps in death from cancer and in life expectancy.

Cancer is the second leading cause of death in the U.S., contributing to over 40,000 deaths each year in rural counties, according to the National Center of Health Statistics.

But National Cancer Institute Program Director Sallie Weaver said that while the number of people with cancer in urban and rural areas is similar — in fact, cancer incidence rates in 2017 were slightly lower in rural areas, according to a Centers for Disease Control and Prevention report — those who die from cancer are more likely to live in rural America.

The CDC report also found that mortality rates from cancer have fallen generally but are decreasing at a slower pace in rural areas. In 2017, there were about 22 more cancer deaths per 100,000 people in rural America than in urban centers.

The National Cancer Institute attributes the gap to higher poverty levels, lower educational attainment and worse access to health care. Differences in health care access is significant because rural counties experience higher rates of cancer that can be prevented by screening.

“We’ve got to get funding and feet on the ground because this is another form of inequality,” said President of the Dorney-Koppel Foundation Grace Anne Koppel.

There is also a gap in rural-urban life expectancy that can be at least partially explained by differences in cancer death rates, according to Director of the Texas A&M Southwest Rural Health Research Center Jane Bolin. A study in the Journal of the American Medical Association reported that similar to the declining overall trend in cancer mortality, there has been a declining trend in general death rates in the U.S. The decline in death rates has, in turn, contributed to an increase in life expectancy.

This increase, however, has not been experienced to the same extent by all the states. For example, Hawaii’s life expectancy at birth was 81.3 years in 2016, while Mississippi’s was 74.7 — a difference of 6.6 years, according to the JAMA study.

But Bolin said cancer deaths cannot fully account for lower rural life expectancy. It is also a product of higher rural levels of chronic diseases, such as diabetes and cardiovascular disease, as well as poorer access to preventative health resources.

“Investing in prevention is always the best solution,” Bolin said.

While speakers at the summit agreed that increased investment in health services is key to combating urban-rural health disparities, there was no consensus on what specific disease warranted the most attention or funding. Bolin, for example, emphasized the dangers and impact of chronic obstructive pulmonary disorder on people’s quality of life, while Weaver targeted cancer and James stressed opioid addiction.

But panelists agreed that there should not have to be competition for federal funding of the different services required to address these issues. Health Resources and Services Administration Administrator George Sigounas called instead for collaboration by health advocates and organizations.