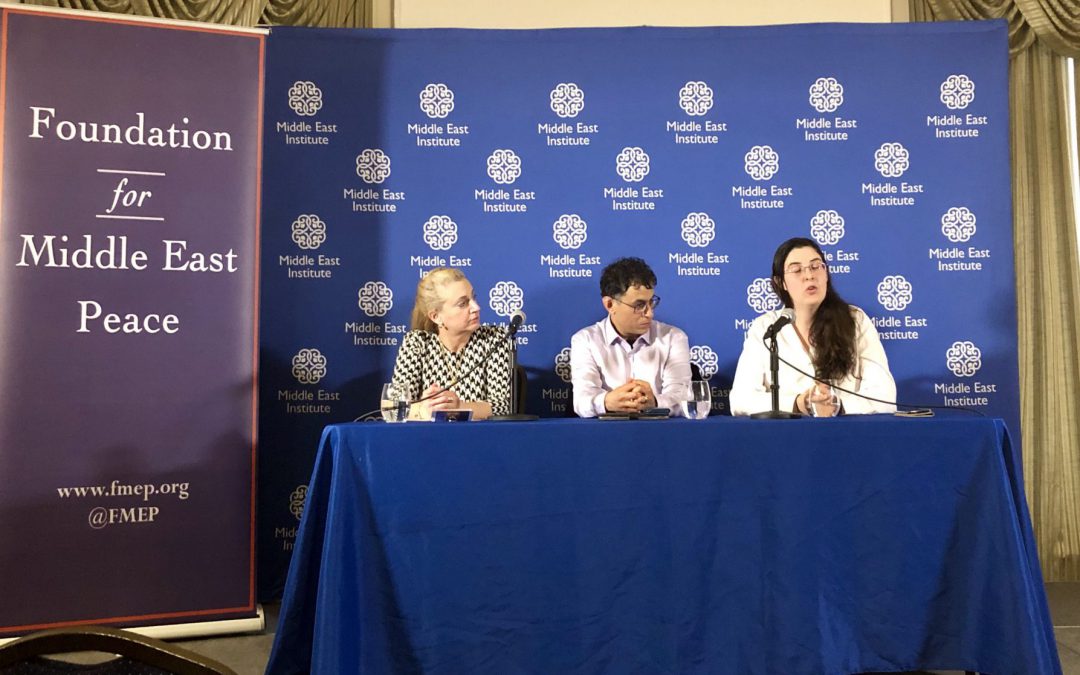 WASHINGTON – The United States’ involvement and impact in the Middle East remains a subject of debate inside and outside Washington, but on Wednesday, two scholars from the region shared their approach to formulating policies from the ground up.

“Our approach [to research] is quite unique,” Assaf David told attendees at a New Israel Fund “Big Ideas Series. Inspired by their experiences growing up in the West Bank and Soviet Union, David and Elizabeth Tsurkov, both members of the NIF-funded Forum for Regional Thinking, integrate themselves within the communities they study rather than observe them from afar.

“Our research is based on contact with people,” David said. “Average individuals who have a different perspective than leaders or elites.”

As an example, Tsurkov referenced her research on the turbulent anti-government rebellions in the Middle East that began in 2010, often referred to as Arab Spring.

“People on the ground knew an uprising was boiling,” she said. “The elites didn’t see it coming though.”

In the local Israeli community, where experts say nationalism and Zionism are on the rise, their political analysis is not always well received.

“We live in strange times where fact based analysis… is perceived as partisan or biased,” David said. “We believe fact-based analysis is the precondition for understanding both yourself and your adversary, as well as the reality in which you operate.”

Tsurkov believes the origin of this bias may lie in the education system. Despite the close geographical proximity of Israelis and Arabs, their historical perspectives are often miles apart.

“Information is available in Israel but only one narrative is taught,” she said. When asked about her transition from Israeli studies to integrative Middle Eastern research, Tsurkov said a pivotal moment was reading publications about Arabs, written by Arabs. “We do not get to dictate to other people how they perceive themselves and their sense of identity,” she said.

According to David, many academics in the Middle East write in English and send their research abroad. As a result, they fail to educate their own communities.

“This is a difficult mission but we are doing our best,” said David, referencing research being conducted by academics like himself and Tsurkov. “Our mission is to talk to everyone who is willing to hear us.”

As the Trump administration, international community and regional actors grapple with solutions to ongoing unrest, David and Tsurkov said academics must look beyond the walls of their home when writing about other communities. “Ideology is such a powerful force,” Tsurkov said. “It can blind you to reality.”