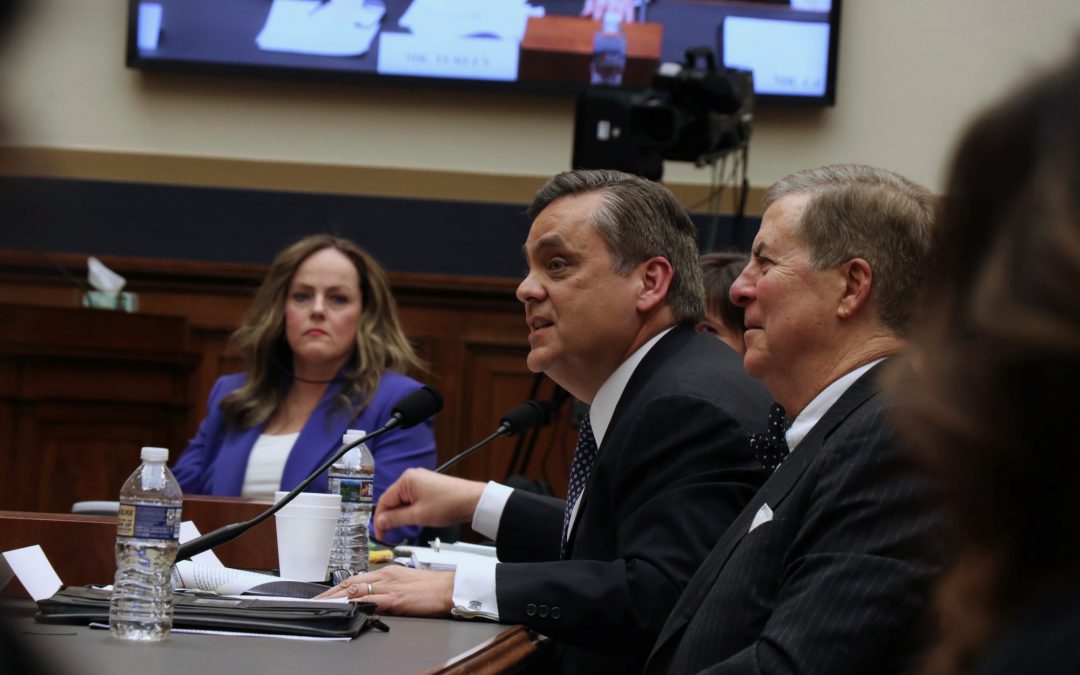 The hearing examined Trump’s Feb. 15 declaration, which allowed him to bypass Congress and access military construction funding for a wall on the southern border.

Liza Goitein from the Brennan Center for Justice told the hearing that the National Emergencies Act gives “tremendous discretion” to the president because it does not have a clear definition of a national emergency.

The law, enacted in 1976, initially allowed Congress to terminate an emergency without the president’s signature, but that was later found to be unconstitutional by the courts. It also requires Congress to vote every six months on whether to end or continue the emergency.

Although the law was intended to restrict presidential power, it “has not held up,” Goiten said. The Brennan Center has outlined 123 statutory powers available to the president upon emergency declaration, including freezing the country’s bank accounts and deploying military troops to other countries.

George Washington University law professor Jonathan Turley urged Congress not to challenge the declaration as a body because the president is likely to prevail and get his funding and instead to focus on revising the law.

“The NEA is a perfect embodiment of the failure of Congress to jealously guard its authority,” he said. “Congress for decades has allowed its authority to be syphoned away by an expanding executive branch.”

The witnesses frequently said the NEA undermines Congress’ “power of the purse,” or authority to appropriate funds.

Republican members of the committee said emergencies have been declared by previous presidents, therefore Trump’s declaration is valid. Democratic members said the situation at the border cannot be defined as an emergency and is therefore unnecessary.

Former George H.W. Bush administration Assistant Attorney General Stuart Gerson called the declaration “constitutionally impermissible” because the situation at the border is not an emergency. “And I’ve been Republican longer than some of you have been alive,” he said.

Rep. Jerrold Nadler, D – N.Y., said Trump’s declaration will set a precedent for future partisan issues. “What would you say if the president declared an emergency and collected all the guns in the country and melted them down like in Australia? I would say that is unconstitutional,” he said.

“There was no challenge to Obama’s national declarations,” he said. He explained the only other time Congress has opposed a national emergency declaration was with the Bush administration during Hurricane Katrina, but that declaration was rescinded before Congress could vote against it.

The hearing comes after a letter issued to the president the day he declared the emergency by the House Judiciary Committee Chairman Steve Cohen, D-Tenn., and Vice Chair Jamie Raskin, D- Md., notified him the committee would investigate. They asked him to make White House Counsel Pat Cipollone and individuals at the Justice Department involved in the declaration available for the hearing.

Neither Cipollone nor Justice officials were at the subcommittee hearing.

The House passed a resolution Tuesday to terminate the president’s national emergency declaration, which now is in the Senate awaiting a vote. Because it is a privileged resolution, it is not subject to filibuster and cannot be delayed with other reports or votes.