Freshmen members of Congress excited, disappointed at their first State of the Union address 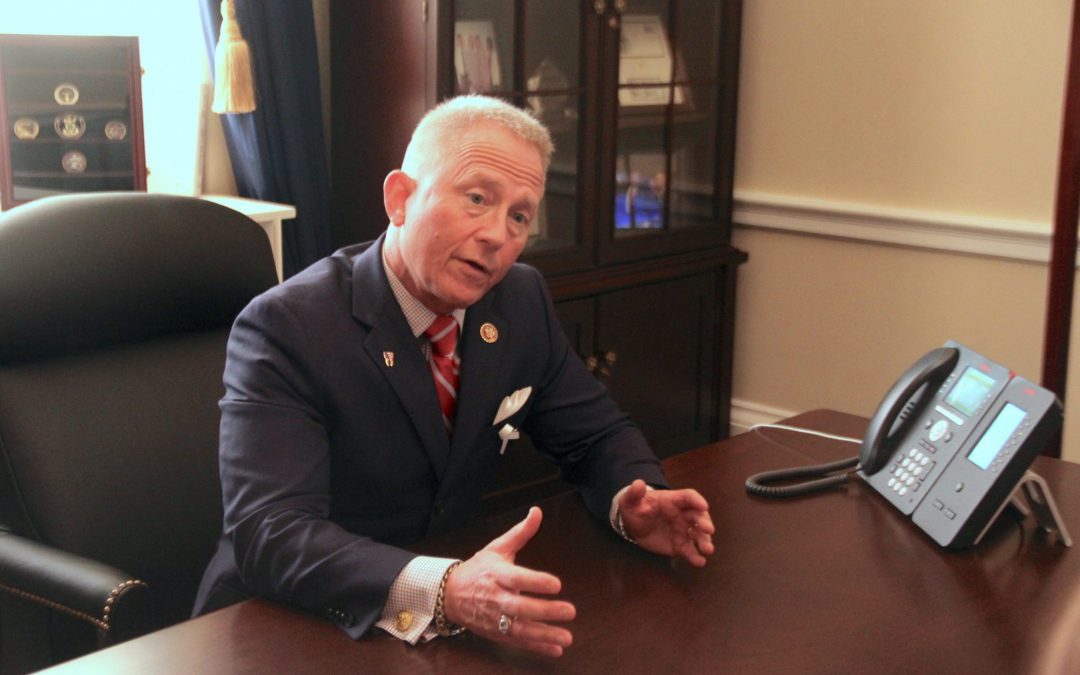 Rep. Jefferson Van Drew, D-N.J., talks about the need for bipartisanship heading into his first State of the Union. Trump stressed the need for reaching across party-lines in the first portion of his speech. (Nirmal Mulaikal/MNS) Caption by Samantha Handler.

WASHINGTON — Before attending his first State of the Union address, Rep. Jefferson Van Drew, D-N.J., felt a sense of excitement and joy, but also feared the president might once again fan partisan flames by rehashing controversial issues.

“I hope that right now, he doesn’t talk about closing the government again. I hope he doesn’t talk right now about declaring a national emergency. I would so much rather see that we try to work together and get something done. That requires flexibility on Democrats side as well. Both sides have to do this,” said Van Drew.

Partisanship is the reason the approval rating for Congress is so low, but issues like border security, and infrastructure deserve cooperation between the two parties, said Van Drew.

“Rather than just argue and disagree and investigative and be hurtful on both sides, maybe we can actually get something get done.” 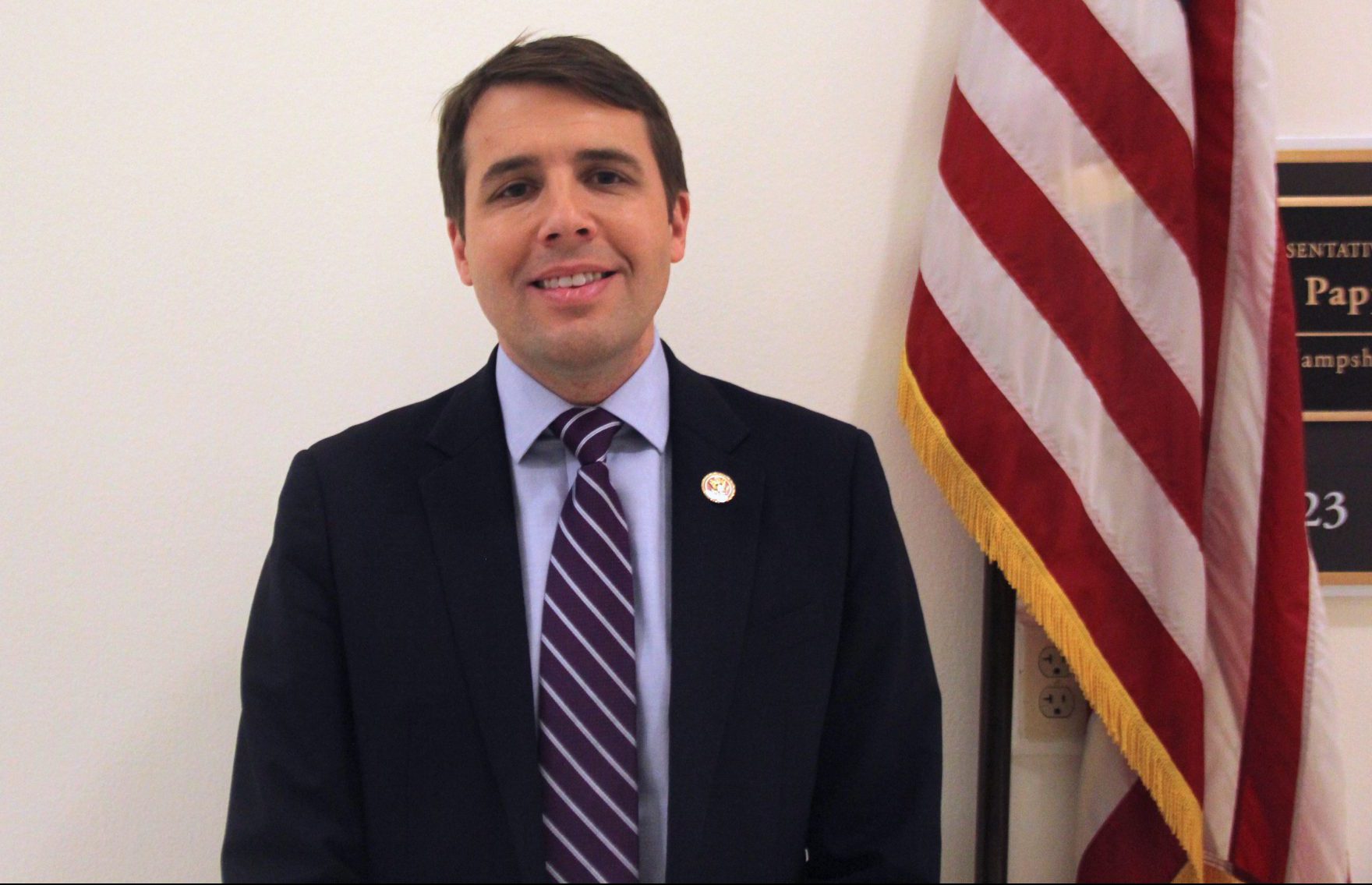 Although having been full-fledged members of Congress for a little over a month, the freshmen class of senators and representatives still retains a “sense of awe” about the State of the Union address, said Rep. Chris Pappas, D-N.H. Pappas said he hoped Trump would strike a conciliatory tone with Democrats, allowing lawmakers to avoid a second government shutdown.

“That doesn’t make us any safer and in fact plays politics with the military,” he said.

In addition to passing social justice reform, Pappas said he would like Trump to speak about the opioid crisis, prescription drug costs and infrastructure — and Trump did.

In Illinois Rep. Sean Casten’s dreams, Trump’s State of the Union address would make climate change a priority, but said his expectations were low. Trump did not in fact mention the environment.

“Truth is what I hope he doesn’t say is what I fear he will say,” Casten said, “which is that he’s going to threaten to shut down the government again if he doesn’t get a wall.”

Casten’s guest was Julie Caribeaux, the executive director of Family Shelter Service, which receives federal aid and provides support for victims of domestic abuse. He said domestic violence victims are some of the “primary victims” of Trump’s rhetoric. 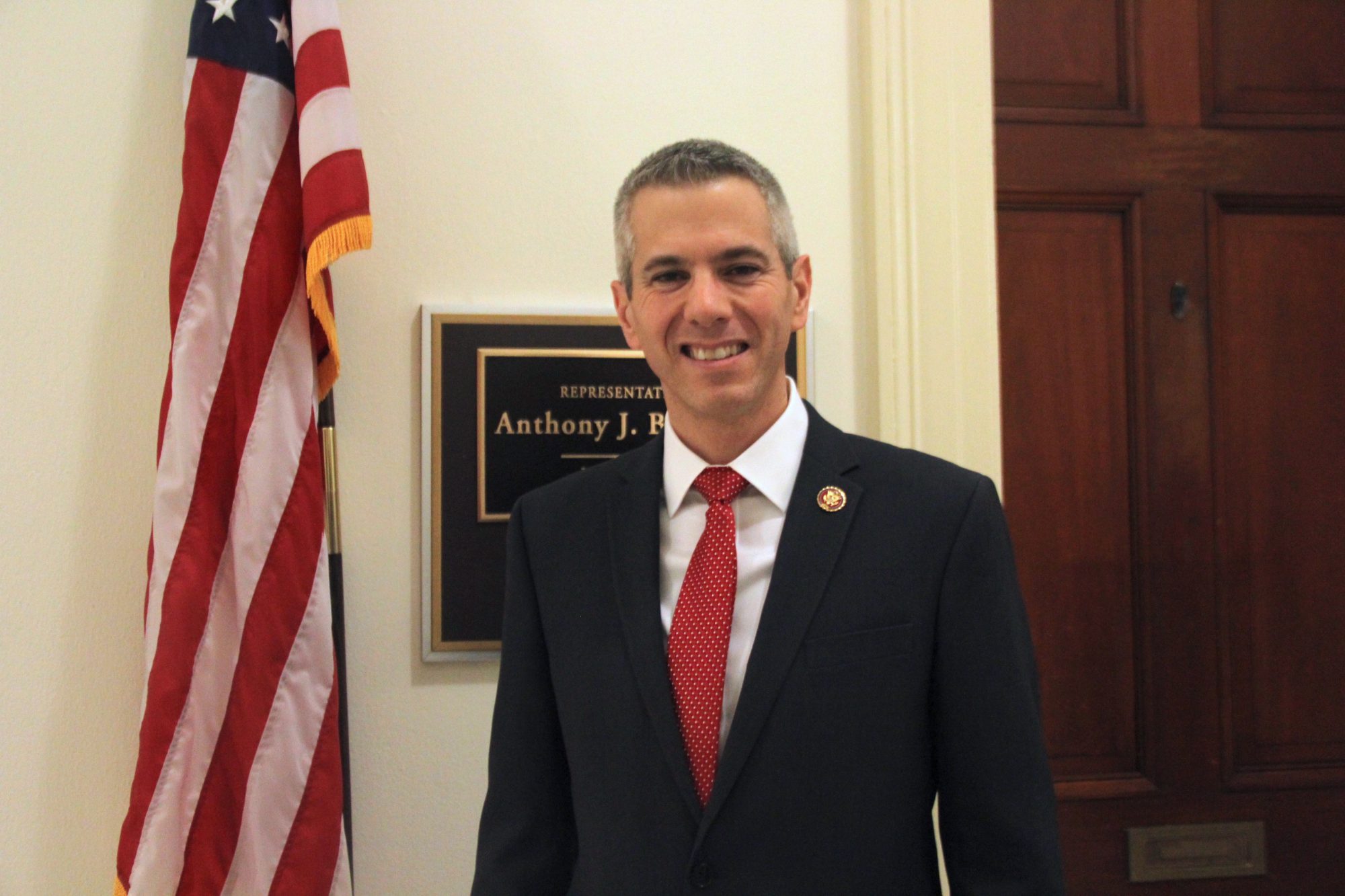 Rep. Anthony Brindisi, D-NY, was hoping for a message of bipartisanship and unity, things that “the American people are calling for.” Trump did call on Congress to act together on many issues.

Brindisi’s top priorities this year are trying to find common ground with the Republicans on immigration reform, infrastructure and lowering prescription drug costs. On infrastructure, he said he specifically wanted to hear Trump’s ideas on investing in job training programs. Trump mentioned all the issues, but with little specificity except that he wants a border wall and enforcement to stop what he called “caravans of migrants” heading to the southern border.

“Those are things that I talked about during the campaign that many people back in upstate New York are calling for and those are things I hope he does say,” Brindisi said. 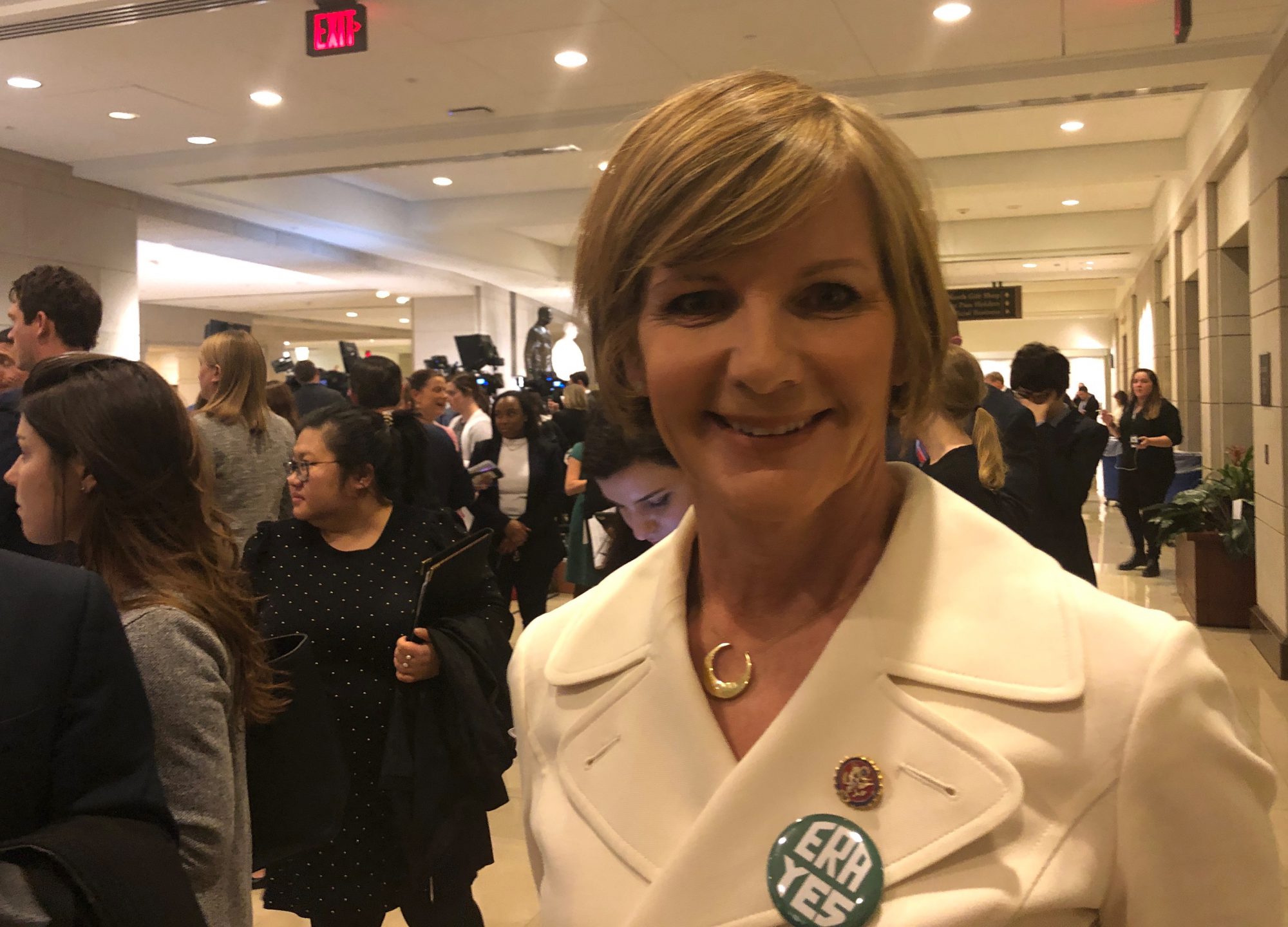 Rep. Susie Lee, D-Nev., said she gets excited every time she walks onto the House floor, and Tuesday was no exception. Although there were parts of the speech she did not agree with, namely Trump’s insistence on a border wall, Lee said she appreciated the call for bipartisanship.

Lowering prescription drug prices, investing in infrastructure and a comprehensive border control strategy — these are all components of his speech Lee said she could agree with.

“These are all ideas I can get behind and they work together to produce some results for American families,” she said. 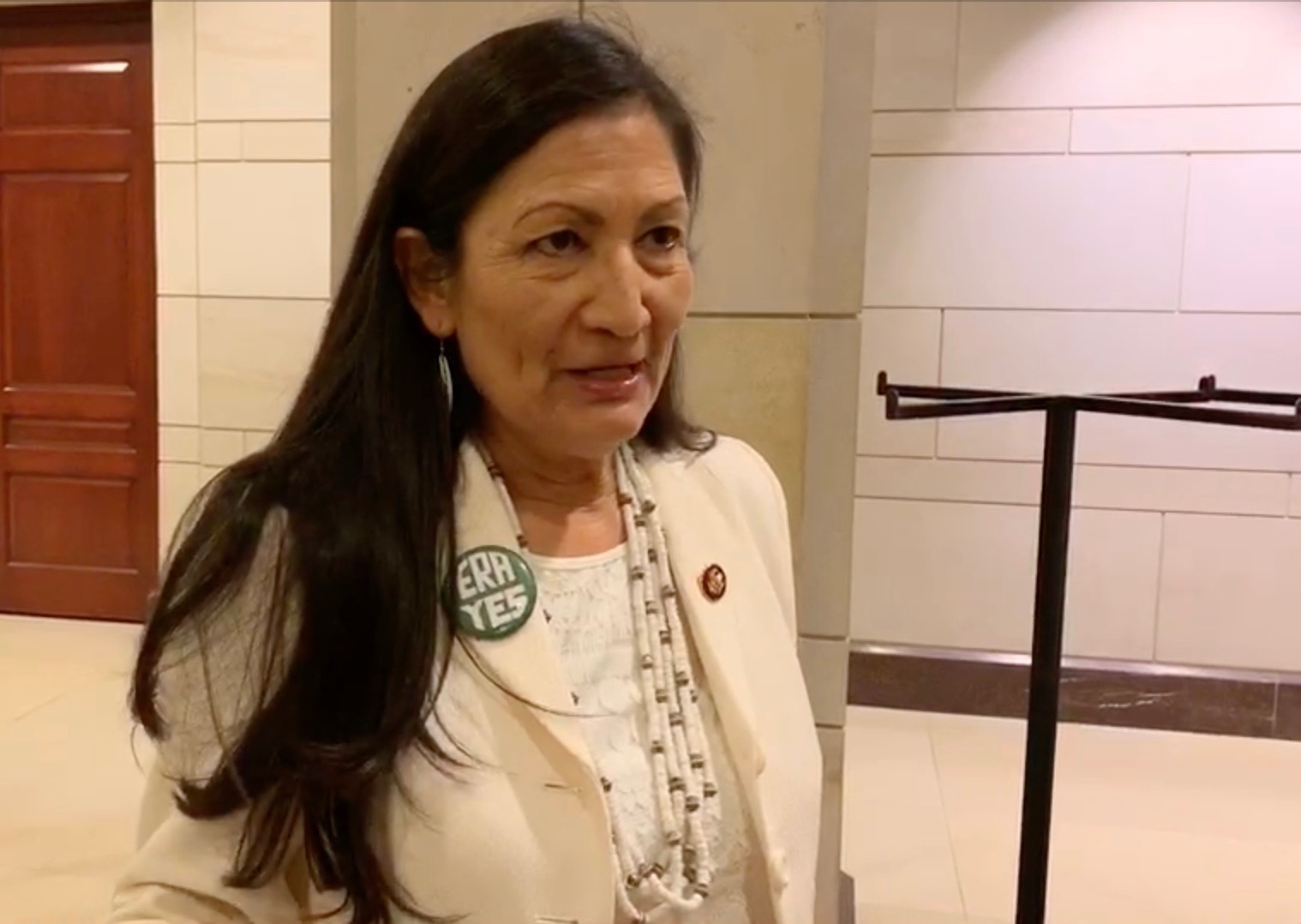 Rep. Deb Haaland, D-N.M., said she was dismayed about Trump’s urgency regarding funding for a border wall.

“I wasn’t surprised. Let’s put it that way about the president’s speech. I mean, of course, we don’t want a wall,” said Halland. “He instilled fear and everybody about the danger, you know, the danger that’s coming across the border.”

Haaland hopes to focus on promoting awareness about climate change and wished the President would be more receptive to the diverse issues and people around the country.

Rep. Chuy Garcia, D-Ill., said he enjoyed his first State of the Union in a historical sense, but wanted President Trump to address issues he feels are important, including raising the minimum wage and healthcare. 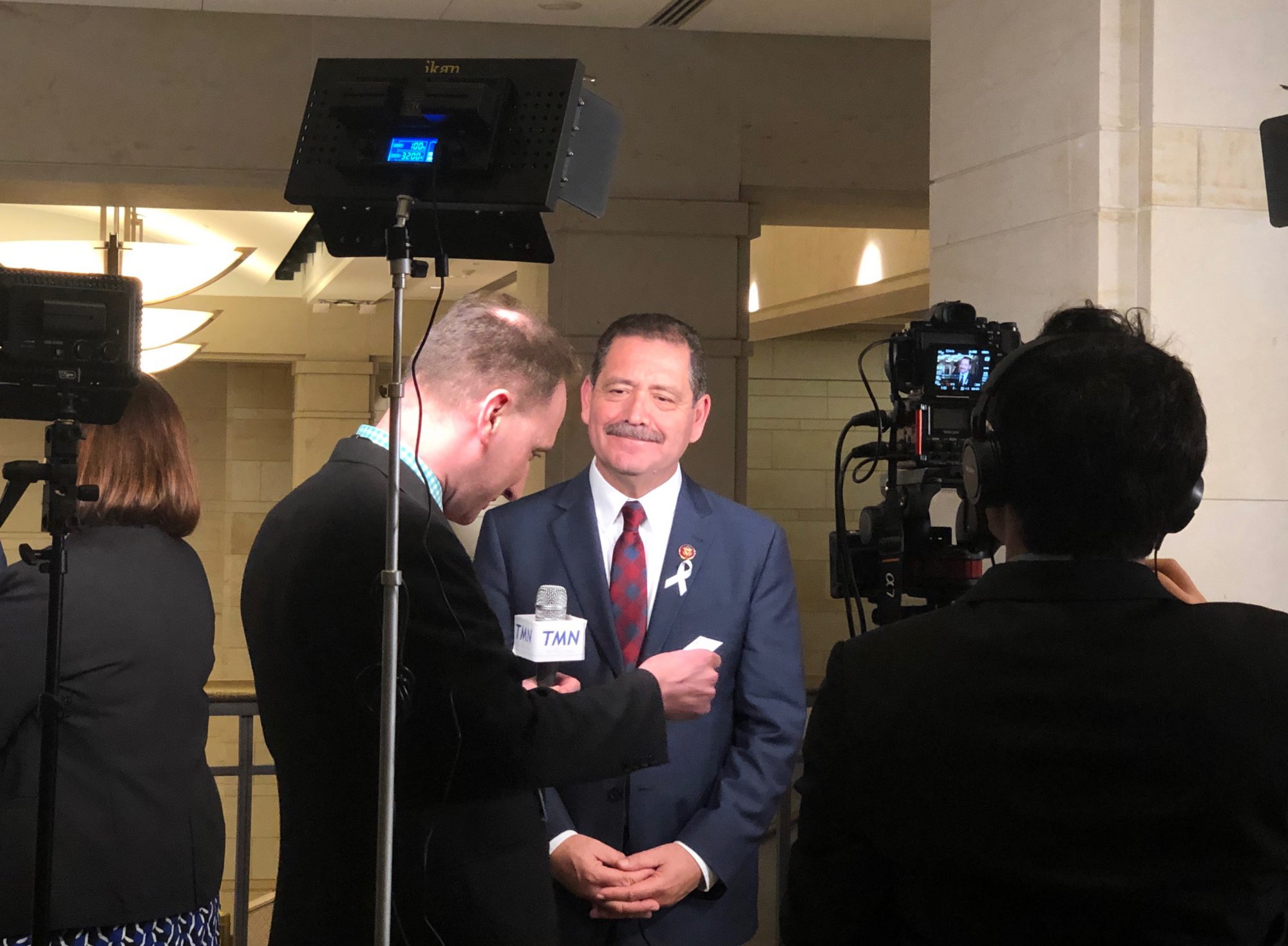 He said while the president did mention lowering prescription drug costs, there was another area of healthcare that was not noted, such as the millions who do not have healthcare at all.

“He wrapped himself around a lot of patriotism and recognition of your courageous battles and victories and but in the end, I think he failed to address important things more,” Garcia said.