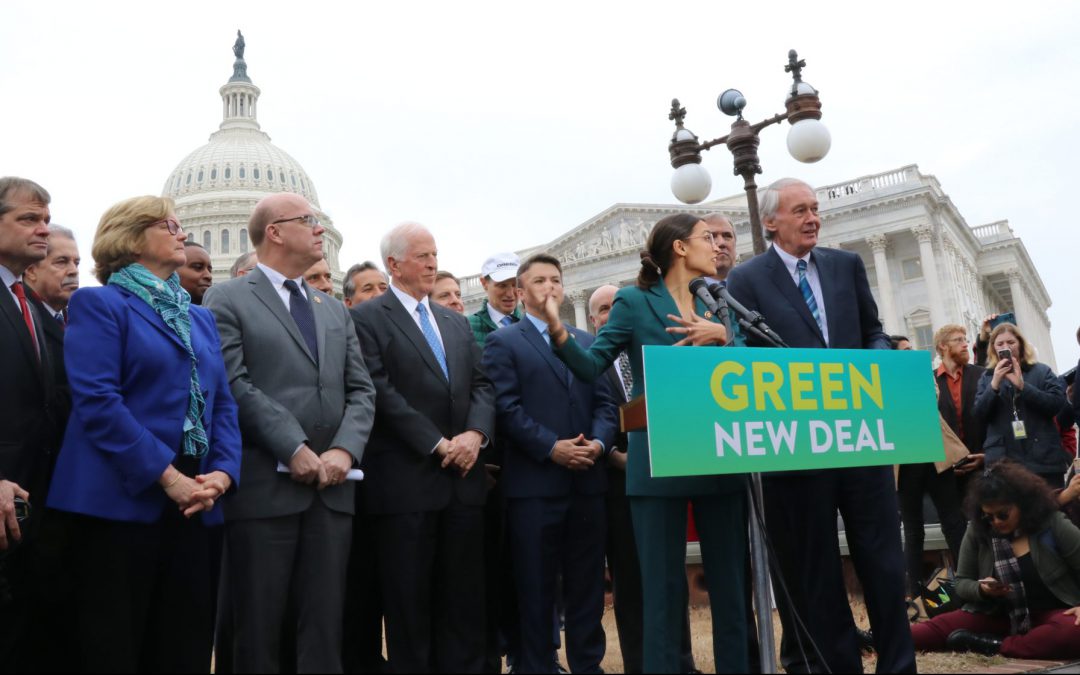 Cosponsors stand with Rep. Alexandria Ocasio-Cortez, D-N.Y., and Sen. Ed Markey, D-Mass., as they lay out the goals of the Green New Deal resolution that calls for sweeping reform in climate policy. (Dan Rosenzweig-Ziff/MNS)

The highly anticipated resolution specifies some of the agenda’s vaguer goals, including meeting 100 percent of the power demand in the US through clean, renewable and zero-emission energy sources within 10 years.

Both Ocasio-Cortez and Markey stressed the plausibility of the lofty policy goals that urge legislators to create sustainable infrastructure for “generations to come.”

“There will be cynics who will say this does not go far enough or that this cannot be done,” Markey said as he recalled those who thought global climate agreements like the Paris accords would never occur. “I have been really comforted by their consistency – they have been consistently wrong.”

In what Ocasio-Cortez called the “first step” in a longer policy agenda, the bicameral support has over 60 cosponsors between the two chambers, including five potential presidential candidates who have supported the agenda, despite still lacking specific policies on issues like a carbon tax. 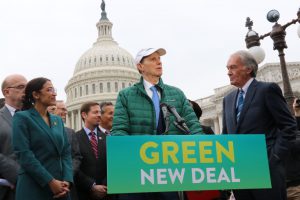 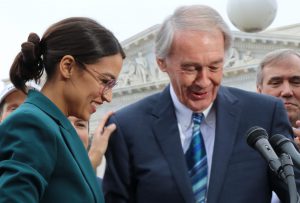 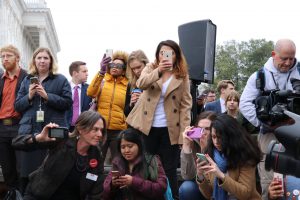 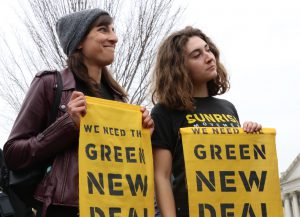 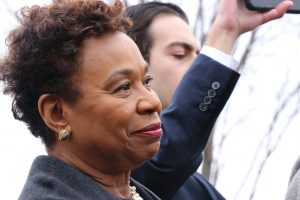 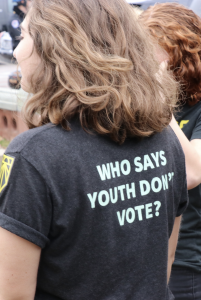 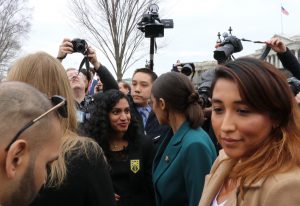 Just before the press conference, Speaker of the House Nancy Pelosi said she had not yet read the resolution of what she has called a “green dream.”

“It is a green dream,” Ocasio-Cortez, emphasizing Democrats’ unity on the issue, which she and Markey repeatedly said is a priority of Pelosi’s. “This issue faces all of us and we are not going to get divided over it. Period. We leave no one behind on our solution.”

The rolling out of the resolution comes with strong pushback from Republicans who have called the GND impossible and a “socialist manifesto,” said Sen. John Barrasso, R-Wy., the chairman of the Senate Environment and Public Works committee.

With the Democrats controlling the House, the GND’s sponsors will need support from several Senate Republicans.

“I am very confident that this movement is going to grow so large and so powerful that we are going to find Republican senators who are going to want to work across the aisle to produce some solutions,” Markey said. “And if not, it is going to become a voting issue in the 2020 election.”

Ocasio-Cortez and Markey said the next step is to find additional cosponsors in the House and Senate before they come out with a more specific policy plan, though they did not give a definitive timeline for when that would be.