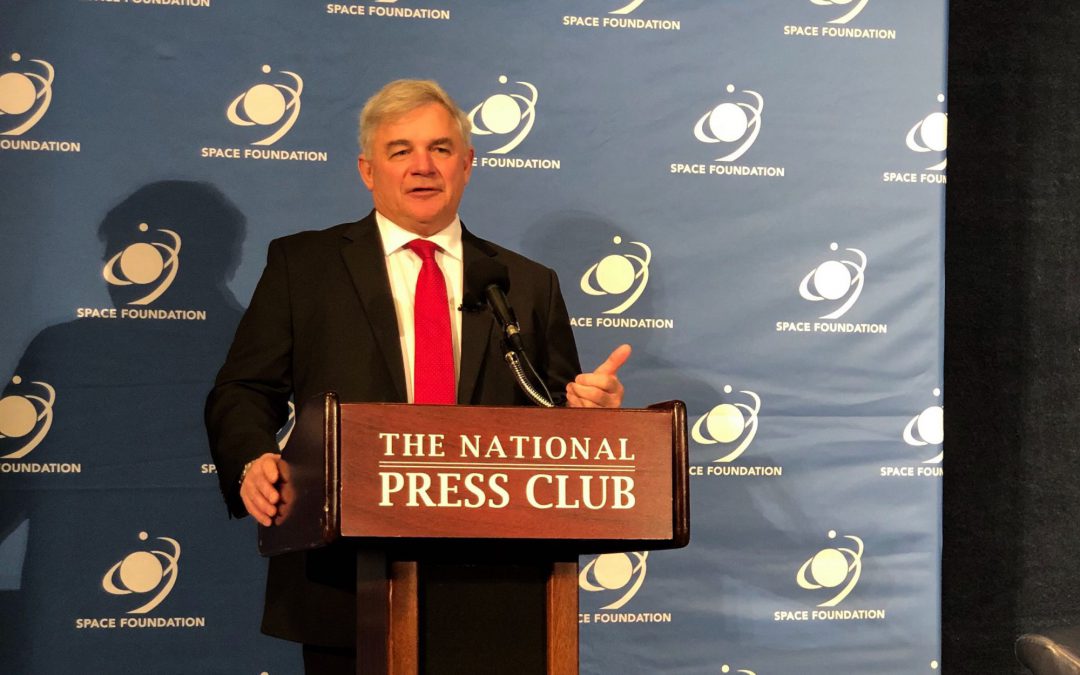 WASHINGTON — Space Foundation CEO Tom Zelibor and industry leaders called Wednesday for development of space for commercial uses by entrepreneurs and businesses rather than a war for space domination among competing countries.

“Today’s space race is being waged by entrepreneurs, commercial enterprises instead of rival nations and cold warriors,” Zelibor said.

At the 2019 State of Space conference hosted by the Space Foundation, Zelibor said a stronger private sector presence in space would promote competition and education, which he said is vital “if we are to remain the world leader here on Earth and in space.”

Rebecca Cowen-Hirsch, a senior lobbyist at Inmarsat, a satellite and telecommunications company, also pushed for commercializing space, saying it would allow the U.S. to “capitalize in discovery.”

In an interview, Cowen-Hirsch said she is especially excited by the prospect of space tourism, an industry that would involve sending civilians into space for entertainment, research or colonization purposes.

Zelibor said that trips to space would likely be taken first by wealthy citizens but that the ultimate goal is to make it feasible for everyone.

“There is real opportunity here … to really show that space is the next frontier that we all ought to be able to have access to,” he said.

The commercialization of space has been a gradual process, beginning in 1989 with the launch of a sub-orbital vehicle from New Mexico. Since then, the U.S. has conducted 309 commercial launches, according to the Federal Aviation Administration — demonstrating a slow but noticeable transition toward a space industry dominated by private companies.

Courtney Stadd, government affairs director of Vector-Launch, a space technology company, said this transition should be both quicker and more aggressive.

“We’ve taken about a half century … to get back to what is really in the American DNA, which is commercial, commercial,” he said.

A large part of developing a commercial space of which the U.S. remains the leader, Stadd said, is loosening regulations on private companies. Both the Obama and Trump administrations’ space policies have encouraged a competitive commercial sector, but Stadd argued that private innovation and growth are still sometimes frustrated by “byzantine bureaucracy and a set of regulations that could sink the Titanic.”

Zelibor said the goal is “making space a place where the ‘open for business’ sign is on 24-7.”