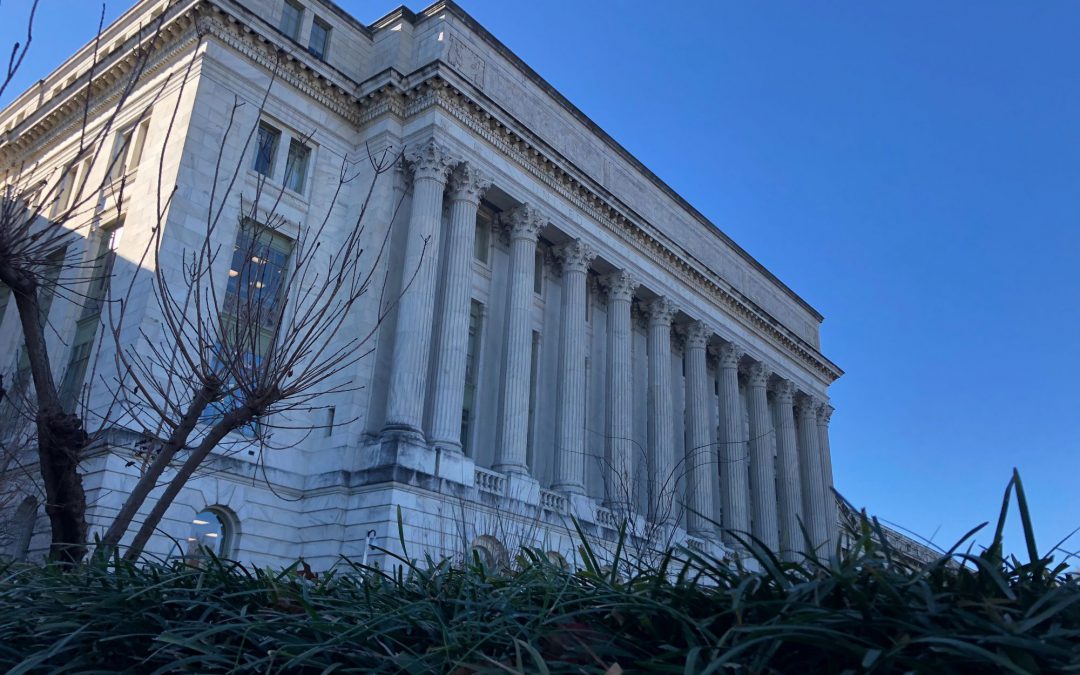 The Department of Agriculture. (Dan Rosenzweig-Ziff/MNS)

WASHINGTON – House Democrats, joined by 10 Republicans voted Thursday to pass a bill that would fund the Department of Agriculture and the Food and Drug Administration, which have been shut down for nearly three weeks, though the measure is unlikely to get Senate approval.

Two Republicans Thursday joined eight who earlier had decided to break from the president’s policy of opposing any federal agency funding that does not include $5.7 billion for a border wall.

After a failed negotiation meeting between President Donald Trump and Democratic leaders Wednesday, House Democrats continue to roll out bills this week to open various agencies in an attempt to ease the effects of the partial federal government shutdown.

While some USDA agencies are “essential,” most are closed, halting functions such as announcing agricultural statistics, inspecting animals and plants and providing subsidies to farmers.

“[The effects] have been profound, and it’s only going to get worse,” said Michael Marsh, President and CEO of the National Council of Agriculture Employers. “If [farmers] need to get an operating loan [from Farmer Services], that is going to be delayed,” which means an insecure future for the farmers trying to plan and hire employees.

For example, farmers who rely on the subsidies to buy seeds have been unable to do so, which could mean lower crop yields. Further, should food stamps — the Supplemental Nutrition Assistance Program — funding stop, millions of American consumers will be affected, which affects farmer’s bottom lines.

Agricultural research has been halted during the government shutdown, which has long-lasting implications, according to National Sustainable Agriculture Coalition spokeswoman Reana Kovalcik.

“All farmers do research,” she said. “Research trials could be ruined or lost,” including the simple task of watering plants in a greenhouse.

In their arguments, House Democrats emphasized the impact failing to pass the agriculture bill would have on families and farmers, while House Republicans continued to back Trump.

“Our food supply is at risk. When you go to the grocery store, you can’t be sure that the product you are buying is safe,” Rep. Rosa DeLauro, D – Conn., said, because routine food-safety inspections are not occurring.

Although the USDA has announced that SNAP will continue to be funded in February, Rep. Barbara Lee, D – Calif., speaking from her own experience relying on food stamps, argued that it might not be enough.

House Republicans argued that the Democrats were simply rehashing a bill that was passed in the Senate.

“By bringing forth the Senate version of this bill, it completely ignores all of the work (the House agriculture) subcommittee has done over the past year,” Rep. Steve Palazzo, R– Miss., said.

Kovalcik, representing farmers, simply wants the new Congress to approve the bill that that Senate approved last year. “If it was good enough at the end of 2018, it should be good enough now,” she said.

The bill now moves on from the House to the Senate, where Majority Leader Mitch McConnell has said he will not bring a bill to a vote unless it is certain that Trump will sign it.