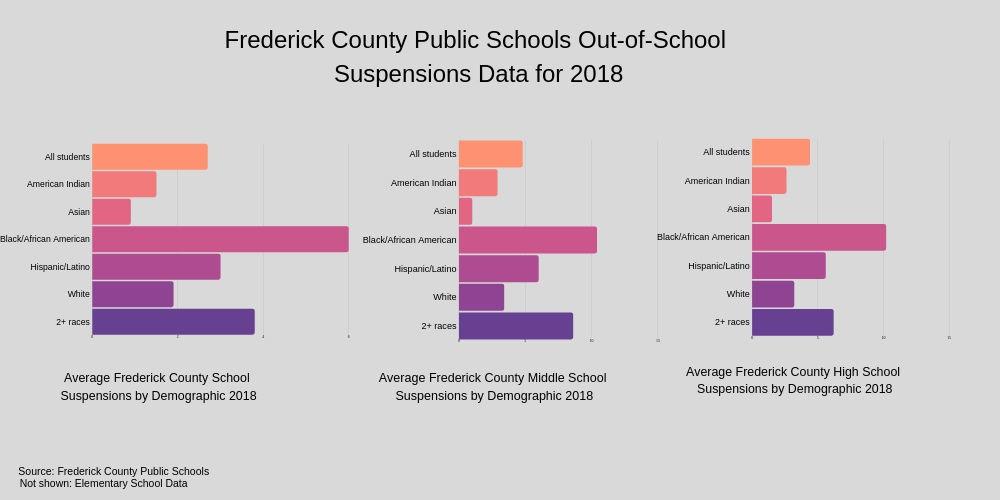 A recent U.S. Department of Education report rescinds guidelines on proportionate discipline to avoid discrimination against minorities and recommends arming school personnel, but Frederick County Public Schools says it will not change its approaches.

“We always appreciate receiving guidance from our federal partners and we certainly review all the guidance we receive,” FCPS spokesman Michael Doerrer said. “But ultimately our [Board of Education] and our administrators and central office work hard to develop successful policies over time.”

The report, which the Federal Commission on School Safety released in December, provides advice on ways school districts can enhance safety. It recommends that schools require safety training for all personnel and arming more staff than just school resource and security officers, who are either commissioned law enforcement officers or district security employees.

It also revokes a 2014 guidance that suggested schools could run into civil rights violations if they disciplined students of color more than others. The Obama-era guidance said districts should employ a restorative justice approach to discipline rather than suspensions, expulsions and reporting students to police except in extreme cases. A 2018 Government Accountability Office report said black students are overrepresented in school suspension data, accounting for 39 percent of students suspended while constituting only 15.5 percent of public school students.

In a letter to Trump, the commission said that the report is not a “universal school safety plan” and a federal attempt to provide a comprehensive approach would be “inappropriate, imprudent and ineffective.”

The report gives suggestions for states and school districts to review along with information about how mental health, press coverage of mass shootings, violent entertainment and building security affect school safety.

Jon Valant, a fellow at the Brookings Institution, said the report reflected the Trump administration and conservatives’ broader mentality of the role of federal government in education: Defer to the states and the schools.

“If you look at everything they’ve done, they have not been very aggressive in putting together policy at the federal level that covers K-12 education,” Valant said. “They’ve been pulling back, actually.”

Scott Blundell, FCPS supervisor of security and emergency management, said the district has not considered arming teachers and administrators. He added that all staff at each school are trained in a proactive security approach.

“We have not changed positions or our approach,” Blundell said. “We are a proven leader within the state of Maryland, and we utilize training and security resources to do our best to keep everybody safe.”

In rescinding the Obama-era guideline on school discipline, DeVos said in a statement that the decision clarifies the need for schools to have autonomy over their discipline policies and practices.

“I’ve heard from teachers and advocates that the previous administration’s discipline guidance often led to school environments where discipline decisions were based on a student’s race and where statistics became more important than the safety of students and teachers,” DeVos said in the statement.

Doerrer said the issue of discipline and disproportionality is an issue the district has been looking at for years and will continue to do so.

“While we appreciate guidance, it’s not what drives our desire to improve our approach to discipline,” he said.

Suspensions dropped a tenth of a percentage point for white students from 2017 to 2018. All other student groups either saw increases or no changes in suspensions.

Doerrer said the district has relatively low suspension numbers, so some percentages create a “false picture.” He added that the district has had success in addressing the issue through initiatives such as its cultural proficiency training.

“We work with some of our administrators and our staff to develop successful policies that are proven to be successful overtime,” he said.

Valant, of the Brookings Institution, said some districts, like Frederick, are not rushing to act after the December report because they are not sure what to do about it yet.

“In some ways it’s not necessary for a district to respond to the [Obama administration] guidelines being thrown away,” Valant said. “It would be nice to see more districts affirm their commitment to addressing discipline disparities and making sure their schools aren’t too punitive, particularly when it comes to how students of color are disciplined.”