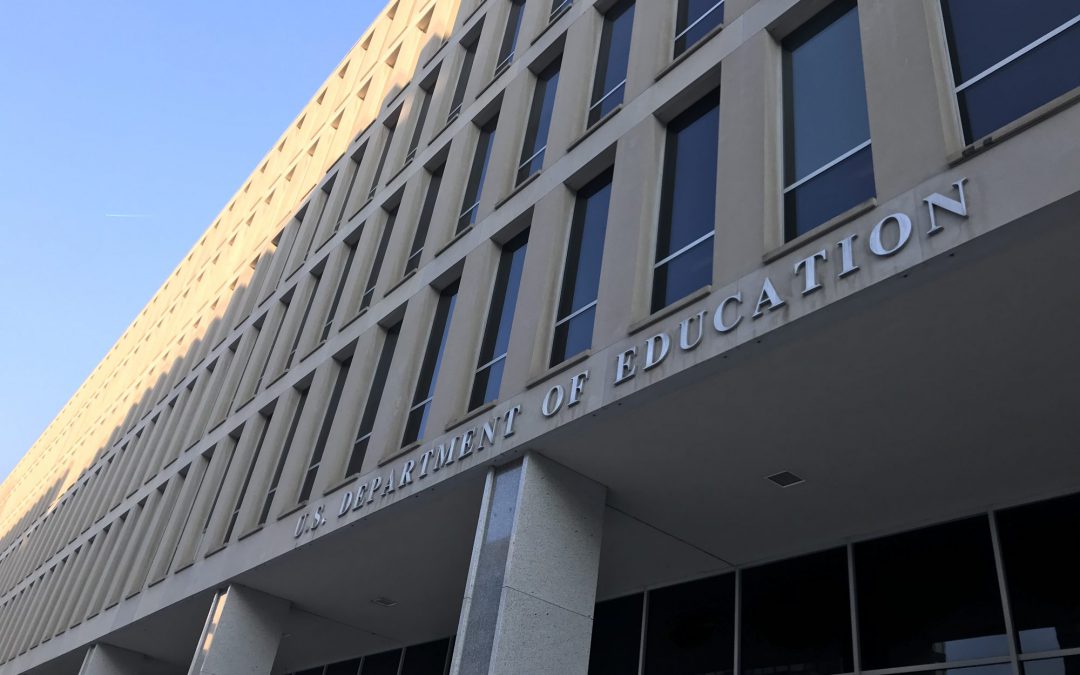 WASHINGTON — The Department of Education on Tuesday outlined proposed changes to Obama-era regulations on the college accreditation process, which controls billions of dollars in federal student aid.

Accrediting agencies monitor nonprofit and for-profit institutions and allow their member institutions to participate in federal student aid programs. The Education Department’s accreditation process drew criticism from some lawmakers in November after it reinstated federal recognition for the controversial Accrediting Council for Independent Colleges and Schools, which soon after closed its largest chain of programs, affecting almost 20,000 students.

The proposed changes include eliminating an experience requirement for applying for recognition, setting limits on the information the Education Department can consider when assessing an accreditor and changing when accreditors can waive certain standards for their institutions.

According to department documents, the new regulations would give accreditors and the colleges they govern more room for innovation, more independence and less “regulatory burden and oversight redundancies.”

“We are not coming to the table saying all regulations should go away,” Jones said. “We know that regulations are important.”

Barbara Gellman-Danley, the chair of the Council of Regional Accrediting Committees, said in a statement last week that the proposals could “strengthen accreditation” and the higher education system.

“The Council is cautiously optimistic that the upcoming negotiated rulemaking will generate meaningful policies that support institutional improvement and encourage the innovation necessary to keep our higher education system competitive,” the statement said.

At negotiations Tuesday, Gellman-Danley said she did not want to make any further statements.

Jeanne Allen — CEO and founder of Center for Education Reform, a pro-charter school group — said the proposed changes will give accreditors and nontraditional higher education institutions “greater freedom to innovate” and assess student accomplishment outside of “arbitrary federal standards.”

If the negotiators adopt the rule changes, accrediting agencies will no longer have to show they have been accrediting institutions for two years before the schools apply for federal recognition and can create “alternative standards” without the current assurance that the institution or program has “commonly accepted” degree and certificate requirements.

Higher education reform advocates at the negotiation expressed concern over both the number of issues the Education Department has set for discussion and that the department has pushed for innovation without safeguards for students such as credit hour limits and the definition of “regular and substantive” interaction with an instructor.

Stephanie Hall, a fellow at the progressive think tank Century Foundation, said the ability of universities to outsource entire academic programs — up from the 50 percent cap under the Obama-era rules — is “particularly worrisome.”

She added that innovation and experiments are happening in higher education, despite the department’s notion that current regulations place barriers on institutions.

“As the proposed regulations stand now, the department is clear to put students in harm’s way to pay for an anything goes innovative education,” Hall said.

Robyn Smith, a negotiator from the Legal Aid Foundation of Los Angeles, said during the discussion that as the department considers lessening the standards that accreditation agencies impose and loosening restrictions on distance education, negotiators must keep in mind the possible effects of the cutting the regulations.

“This will have an impact on both taxpayers and students (that) could lead to fraud if it’s not done in the correct way,” Smith said.

Annmarie Weisman, the Education Department’s representative on the committee, said the department hopes the committee will come to a consensus on all the issues presented during the upcoming sessions.

The committee, as well as two subcommittees, plans to further discuss and ultimately come to a consensus on issues of accreditation and the institutions that receive accreditation for two more days this week and again in February and March.