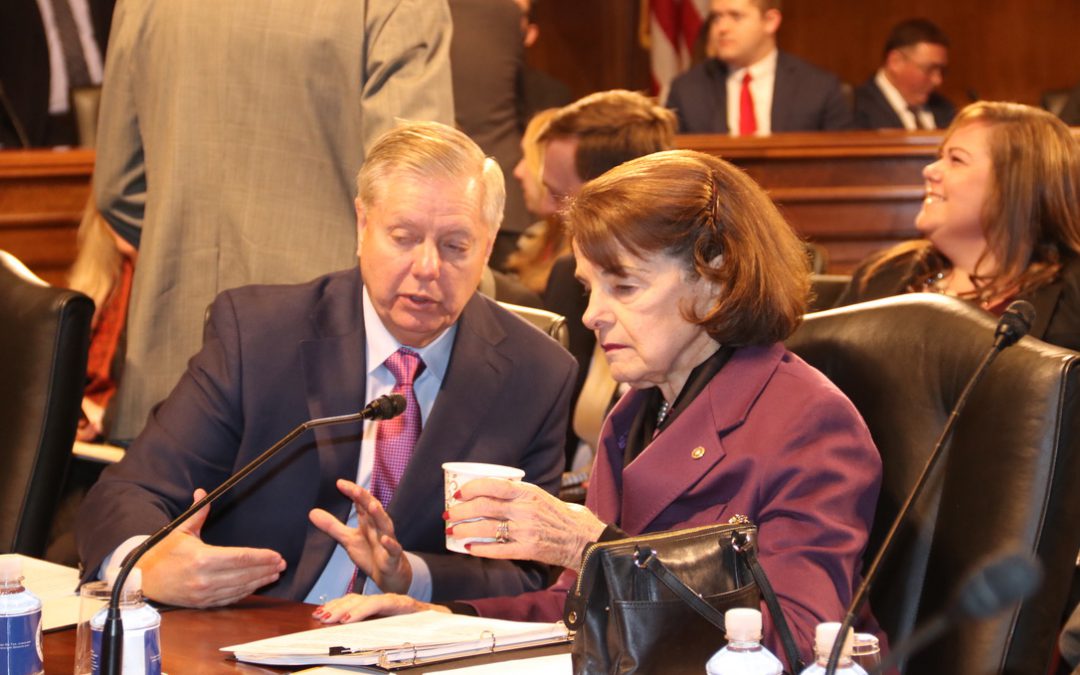 Such delays have become standard procedure for the nomination process and the committee will vote on Barr along with 45 other nominations next week on Tuesday, spokeswoman Taylor Reidy said. If the committee votes in favor of Barr, his nomination would be put to a vote by the full Senate.

Chairman Lindsey Graham was the only Republican senator in the room. All Democratic committee members were present except for Sen. Kamala Harris, D-Calif.

If Barr becomes attorney general, “there will be little check on the president’s actions,” Sen. Dianne Feinstein, the top Democrat on the committee, said.

The Democrats brought up a memo Barr wrote months before his nomination that said the president was not obstructing justice by firing Cabinet members and other officials for participation in the Russia investigation, contrary to the accusations of Special Counsel Robert Mueller. The memo primarily referred to the firing of former FBI Director James Comey.

Feinstein said the memo shows that Barr believes a president can fire anyone who threatened his power. She said the current dominance of executive power mirrors President Richard Nixon’s Watergate scandal, and Barr would only further it.

Feinstein expressed her concerns to Barr and received no reply.

Vermont Senator Patrick Leahy was the only Democrat who seemed to support Barr, saying he was relieved when he heard the President nominated Barr for attorney general because he is respected and qualified. Democratic committee members also pushed for public release of the Mueller report when it is completed.

“We can protect it all we want but if there is no report in the end for the public, no one will know what happened,” Sen. Amy Klobuchar, D-Minn., said. She urged Graham to work with the next attorney general to make sure everything is public.

On Monday, Sen. Richard Blumenthal, D-Conn., and Sen. Chuck Grassley, R-Iowa, introduced a bill that would require the special counsel to submit a report to Congress and the public upon completion of an investigation.

Graham said before they can vote, the committee will have a phone call with Barr to discuss executive privilege and transparency with the Mueller report.