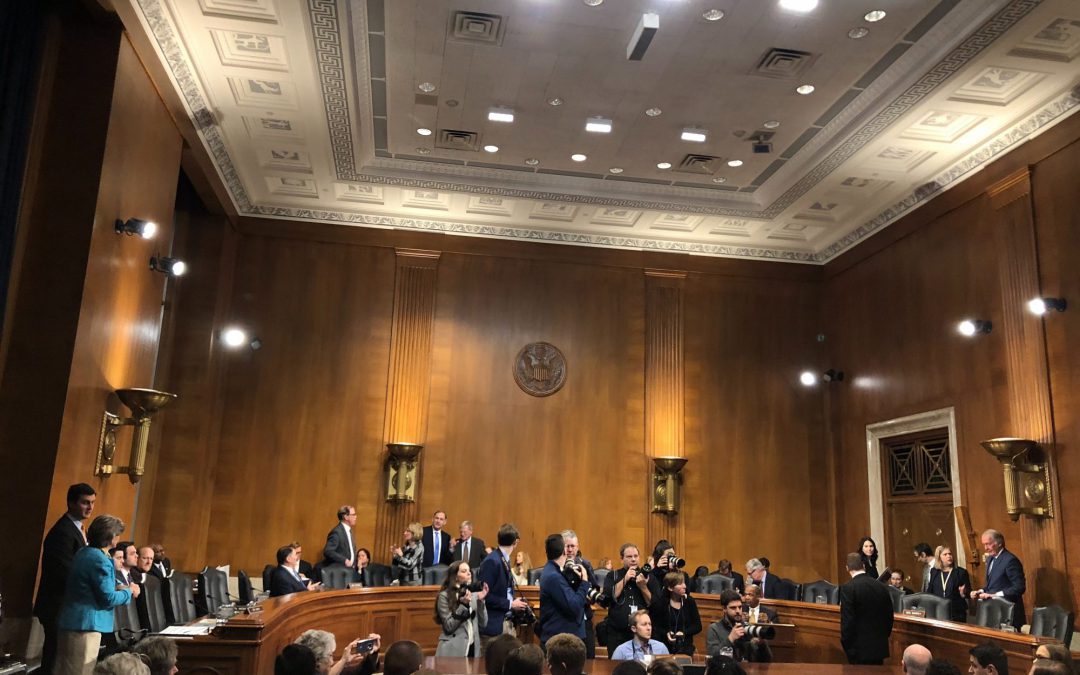 WASHINGTON — Democrats on the Senate Committee on Environment and Public Works criticized acting EPA Administrator Andrew Wheeler over his ties to the coal industry, his support for loosening mercury regulations and what they considered lackluster support for addressing climate change.

Two potential 2020 Democratic presidential candidates, Sens. Bernie Sanders of Vermont and Cory Booker of New Jersey, were especially vocal in their criticism during the hearing on whether to confirm Wheeler as permanent EPA administrator.

“It seems there is a consistency in your actions to weakening rule, to undermining the sense of urgency that (other) agencies are telling us we face not just now, but over the next 25 years,” Booker said.

Minutes into the hearing, protestors sitting in the back chanted, “Shut down Wheeler, not the EPA!” before being walked out by the Capitol Police, showing some of the public’s discontent amidst the fourth week of the government shutdown.

Wheeler defended his controversial record, pointing to the economic growth he has overseen while reducing lead exposure and making water safety a priority.

Sanders, a prominent voice in combating climate change, questioned whether Wheeler believes it is a “global crisis.” “I believe it is a global issue that must be addressed by every country,” Wheeler said.

When Sanders asked if climate change was the biggest culprit in the California wildfires, Wheeler said no. “The biggest issue is forest management,” he said, echoing a position often taken by President Donald Trump.

As Sanders emphasized that “we have 12 years in order to stop the worst impacts of climate change,” Sen. Tom Carper, D-Del., said he wasn’t sold that Wheeler would take the needed immediate action.

Carper and other Democrats on the committee asserted that if the EPA, which is one of the agencies shut down during the partial shutdown, had diverted the resources to prepare Wheeler for the hearing, the consequences of the shutdown could be greater.

“I do not believe that giving the acting administrator a speedy promotion is more urgent and more important than protecting the public from contamination of our air and water and land,” Carper said.

The panel’s chairman, Sen. John Barrasso, R-Wyo., wrote in an op-ed published Wednesday by USA Today that Wheeler was qualified because of his “common sense policy,” policies which are rollbacks of Obama-era regulations that protect drinking water, as well as the easing of auto emissions regulations that limit air pollution.

But Sen. Sheldon Whitehouse, D-R.I., said Wheeler does what the coal and oil industries want.

“I believe you have your thumb, wrist, forearm and elbow on the scales in virtually every determination that you can in favor of the fossil fuel agency, and I think that is very unfortunate,” Whitehouse said.

Sen. Ben Cardin, D-Md., questioned him on proposed loosening of mercury regulations, which Wheeler’s opposition is concerned about due to mercury poisoning, increasingly a global health issue. “I don’t understand EPA’s position,” Cardin said. “It seems the mercury standards have worked.”

In response, Wheeler explained that the EPA had reassessed an Obama-era cost-benefit analysis of the rules. “I do not believe a single piece of mercury technology will be removed,” Wheeler said.

According to committee staffers, there is currently no timetable in place for a confirmation vote.