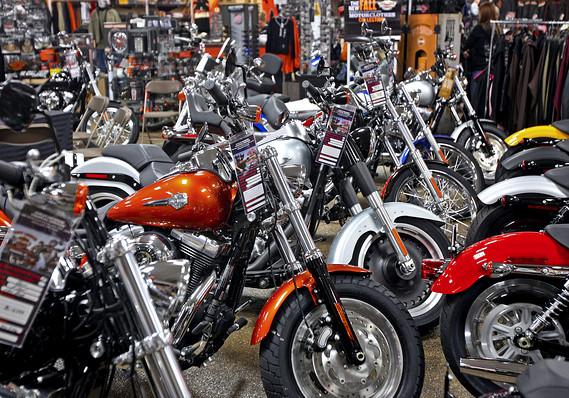 WASHINGTON — President Donald Trump’s recent announcement of tariffs on steel and aluminum likely will have consequences for two American industries – whiskey and Harley Davidson motorcycles, related only because they come from states that are home to Senate Majority Leader Mitch McConnell and House Speaker Paul Ryan.

In response to Trump’s announcement of his intention to impose tariffs of 25% on steel and 10% on aluminum to reduce the U.S. trade deficit and protect the interests of American workers, European Union leaders targeted stereotypically American industries such as whiskey, motorcycles and Levi’s blue jeans.

European Commission President Jean-Claude Juncker said on German television that if Trump goes ahead with taxes on steel and aluminum, the EU can “also do stupid” and impose tariffs of its own.

Though bourbon whiskey from Kentucky, McConnell’s home state, and Harley Davidsons from Wisconsin, Ryan’s home state, don’t represent particularly large fractions of the American economy, the taxes are meant to get the attention of key players in the Trump administration and Republican Party, he said.

“A punitive, retaliatory tariff on Harley-Davidson motorcycles in any market would have a significant impact on our sales, our dealers, their suppliers and our customers in those markets,” Harley Davidson officials said in a statement.

Roughly 16% of Harley Davidson’s sales are to Europe, the Milwaukee Journal Sentinel reported.

“We are extremely worried about the consequences of a trade war and are urging the White House to not advance with this plan,” said a spokeswoman for Ryan in a statement on Monday.

Jeremy Dever, director of operations for Kentucky Artisan Distillery, said whiskey accounted for over $1 billion of the U.S.’s total $1.6 billion spirits exports last year. Dever said over 5 million barrels of whiskey are produced in Kentucky, and much of the industry’s success is “hedged on the EU … continuing to consume the whiskey as a whole.”

Rep. Brett Guthrie, a Kentucky Republican, said the bourbon industry is a major employer in the Bluegrass State’s second congressional district, which he represents, and possible “back and forth” tariffs between the EU and U.S. would hurt the American economy.

Dever said nearly 70,000 employees of whiskey factories across Kentucky would be hurt.

Ashli Watts, senior vice president of public affairs at the Kentucky Chamber of Commerce, said in an email that the chamber is concerned about the possibility of asymmetrical retaliation by foreign countries against other Kentucky-based industries.

“Kentucky is a net winner by selling our manufactured goods and agricultural products to other countries,” she said. “Many Kentuckians depend on selling our products around the world for their jobs.”

However, though the European market is significant for whiskey manufacturers, Russell Walker, a professor at Northwestern University’s Kellogg School of Management, said markets in Asia and the Americas will provide enough customers for the industry to survive.

Hamilton said that the EU is not only trying to provoke top Republican lawmakers with its tariffs, but also make it clear that Trump’s plans will have a wide-sweeping impact he may not be prepared for.

Hamilton said Trump may back away from imposing tariffs, with lots of lobbying and pushback headed his way.

“The president is not really known for sticking to one course of action,” he said.