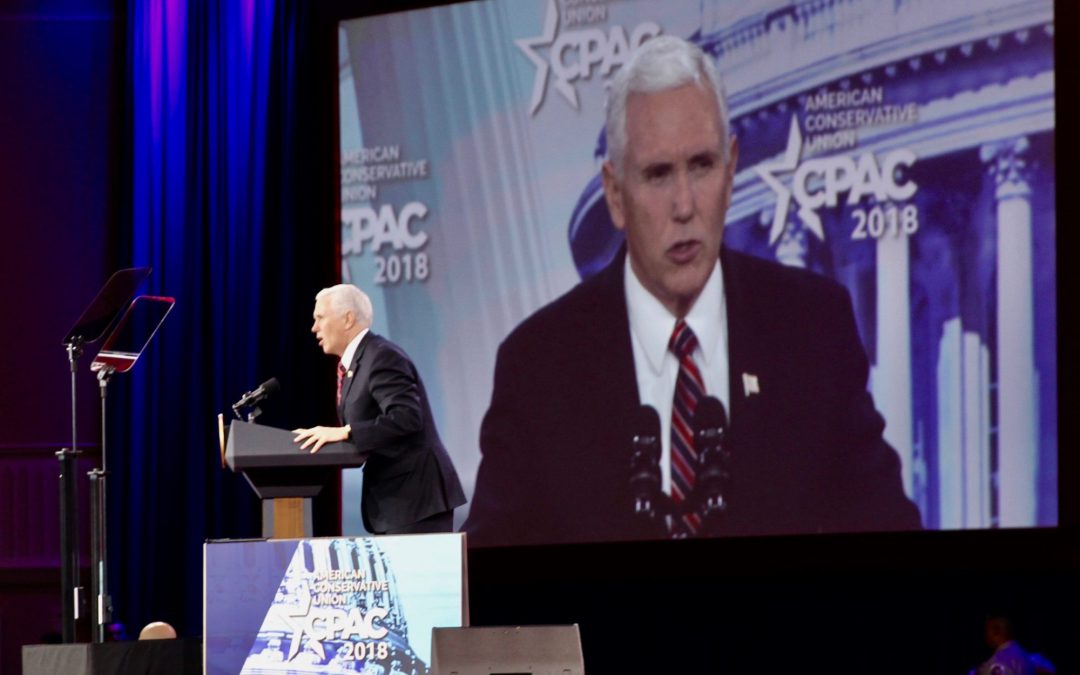 NATIONAL HARBOR, Md.  — Vice President Mike Pence boasted Thursday that the first year of the Trump administration was “the most consequential year” for conservatism at the annual CPAC conference, the largest gathering of conservatives in the country.

Speaking in a packed ballroom at the Conservative Political Action Conference, Pence pointed to the December tax cut law and President Donald Trump’s decision that the U.S. would withdraw from the Paris Climate Accords.

Pence, promising to “build that wall” between the U.S. and Mexico, also got standing ovations for his mentions of recognizing Jerusalem as the capital of Israel and defeating ISIS.

“Let this be the day that we as a movement decide to deliver another victory for the American people in 2018,” Pence said. “Progress is driven by the people who show up. Your president and I need you to show up” for the elections in November.

Pence said Trump will meet with governors later this month and intends to make the safety of students a “top national priority,” promising “strong action” to make schools safe.

The Trump administration has faced pressure to crack down on gun control following the Parkland, Florida school shooting last week. Survivors of the deadliest school shooting since the 2012 shooting at Sandy Hook Elementary School in Connecticut in which 26 children and six adults were killed. Fourteen students and three teachers died at Parkland last week.

“In America, we grieve with those who are grieving,” he said,