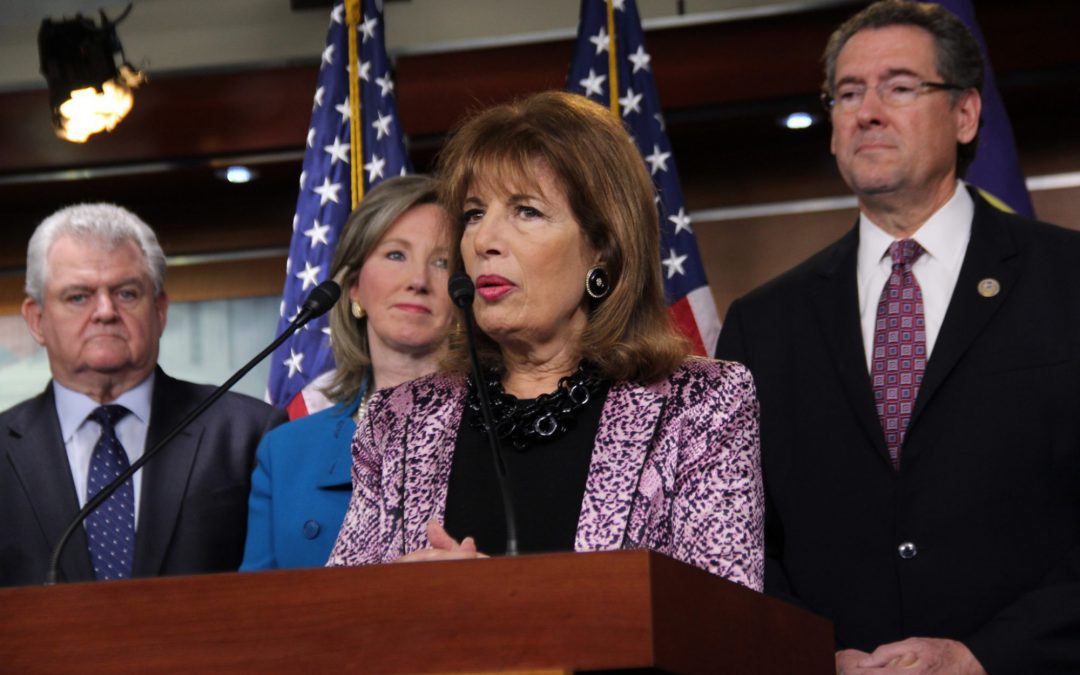 Rep. Jackie Speier, D-Calif., was a leader on the two reform bills that passed the House Tuesday. (Paola de Varona/MNS)

WASHINGTON – Following recent allegations of sexual misconduct levied against lawmakers and the ongoing #MeToo movement House lawmakers unanimously voted Tuesday to change the way claims of sexual harassment and misconduct are handled on the Hill.

“There is no place for sexual harassment, or any type of harassment, period, in the House of Representatives,” said Rep. Gregg Harper, R-Miss, the lead sponsor of the legislation, which has garnered bipartisan support.

The first of the two bipartisan bills amends the Congressional Accountability Act of 1995, which applied many of the same employment and workplace safety laws found in the private sector to members of Congress and their staff. The original bill also established the Office of Compliance (OOC) as the independent enforcer of the Act, and the group has played an integral role in collecting data that informed the drafting of these new reforms.

In the wake of the resignation of Reps. John Conyers, Jr., D-Mich., and Trent Franks, R-Ariz., Rep. Harper requested a total breakdown of awards and settlements involving CAA violations collected by the office. The reports revealed lawmakers were spending thousands of dollars on settlement awards, and that nearly $300,000 of taxpayer money had been spent to settle harassment cases against members of Congress or their staff since 2003.

The bill passed by the House Tuesday intends to streamline the process for employees reporting claims, increase transparency on settlements made and prevent lawmakers from paying for settlements with taxpayer money. Members will have to repay the Treasury account for any settlements within 90 days. In an effort to increase transparency, the OOC will be required to report and publish information online about settlements every six months. These reports will include the monetary amount of the settlement, the violation that was alleged and whether the member has repaid the settlement amount to the Treasury. The Senate has yet to vote on the legislation.

The second set of reforms applies specifically to the House and will be implemented immediately following Tuesday’s vote. It offers guidance for employees navigating a historically complicated system and establishes the Office of Employee Advocacy to provide staffers with legal consultation, representation and assistance before any proceedings before the OOC and Committee on Ethics. Each office in the House will now be required to have an anti-harassment and anti-discrimination policy.

“A story that will be etched in my memory forever is a young woman who sat in my office earlier this year and told me her story, and who said as she cried that the process was almost worse than the harassment,” Rep. Jackie Speier, D-Calif., said, stressing that members of Congress had gotten away with “truly egregious behavior” over the years.

“We will bring the congressional workplace into the 21st century, and hold Congress under the same rules as the private sector,” Rep. Bradley Byrne, R-Ala., said.

While there is widespread support for the passage of the legislation, the ACLU, Equal Pay Today, The Leadership Conference on Civil and Human Rights, National Women’s Law Center and Public Citizen signed a letter to the House Administration Committee on Feb. 2 with recommendations to make deeper reforms. Ahead of a scheduled markup of the bill, they called for Congress to provide adequate resources for the OOC General Counsel and extend the deadline for filing a civil suit once a claim has been lodged under the CAA.

Speaking on the House floor, Rep. Barbara Comstock, R-Va., expressed support for the legislation but called for the names of legislators with past sexual harassment claims to be disclosed to the public as well.

“We still need to disclose all of those names going forward so that we have full accountability because part of that misuse of power is that they can continue to know that they won’t be held accountable, and the victims see that,” Comstock said. “We need to have a strong message that there’s nobody in this body who could ever be allowed to go forward without being held accountable.”