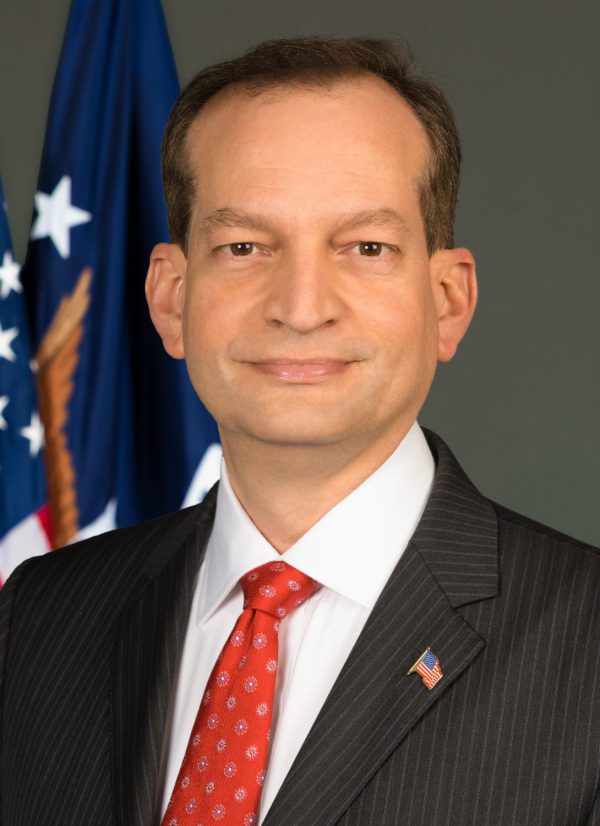 WASHINGTON —The United States needs to adjust its labor laws and regulations that are holding back growth of an expanding technology-based economy, Labor Secretary Alexander Acosta said Thursday.

“The growth and the strength of this new economy is really in this entrepreneurial space and it is [held back] by these laws,” Acosta said.

The working group is focused on educating and retraining American workers to better compete in a 21st century, technology-driven workplace and make them fit for jobs with companies that make up the “new economy.” They include ride-share services like Uber or Lyft, food delivery apps like Postmates and online marketplaces like Etsy.

The rise of new economy companies and jobs represents a shift in the economic landscape, but a majority of Americans lack confidence in the preparedness of workers and policymakers to adapt to it, a recent Morning Consult poll found.

Cheryl Oldham, a senior vice president at the Commerce Department’s center for education and workforce, said she and other members of the Chamber of Commerce Technology Engagement Center believe “free enterprise is the single greatest provider of opportunity in this country” and want to be sure the new economy companies don’t have roadblocks.

A skilled and educated workforce is also crucial for the companies’ success, she said.

Morning Consult polled 500 employees of new economy companies and found that workers were drawn to these types of jobs because they offer flexible hours and an easy way to supplement an existing income.

Still, only a small share of workers — around 14 percent — work full time, or 30 hours a week, for new economy companies. Four in five say they have an additional full- or part-time job.

But Oldham and others said the new economy employers are considering providing employees with benefits like health insurance.

Acosta said Thursday he wants to open discussions health care and employee benefits. Morning Consult’s poll found that a majority of Americans support public-private collaboration when it comes to drafting legislation that deals with these new economy companies and jobs.

Philip Minardi, the head of public affairs at Expedia and a co-chair of the working group, said  said he is seeking out to do just that by working with government on every level to ensure policies and regulations work for employees, employers and the community.

“Being able to effectively collaborate with folks in the public and private sector is more important today than it ever has been before,” Minardi said. “We believe that only through collaboration … can we see effective public policies.”