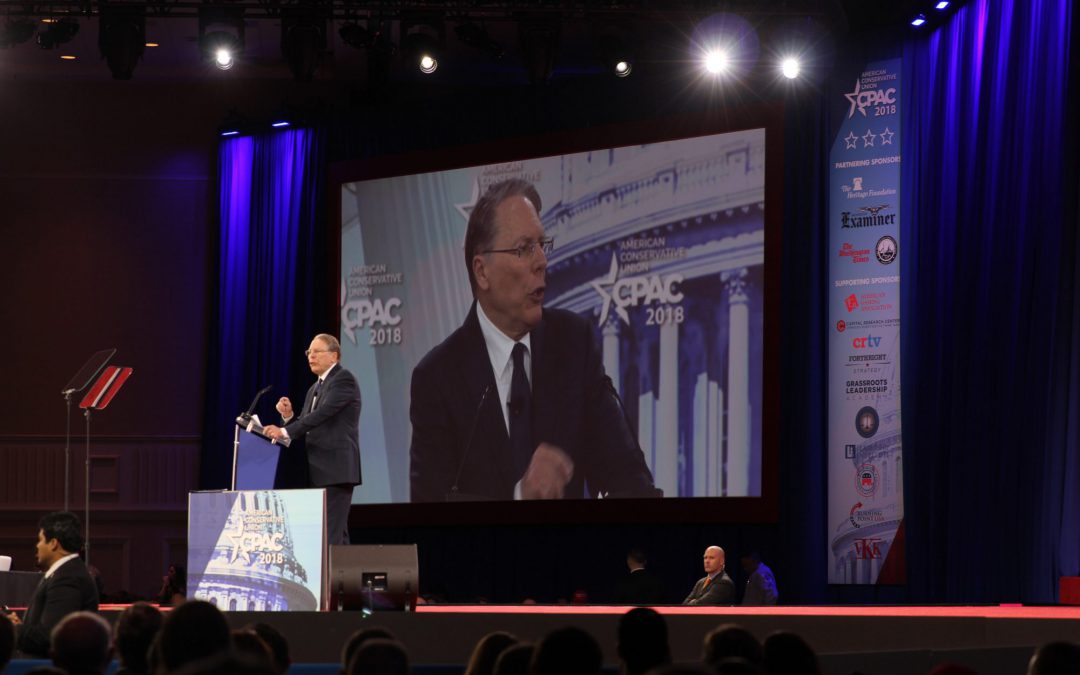 On Monday, the White House reported Trump supports a bill that will strengthen background checks through more thorough reporting of criminal records. Trump also tweeted Thursday morning that he wants to end sales of bump stocks, which turn semiautomatic weapons effectively in to machine guns, and raise the minimum age for buying assault weapons from 18 to 21.

During a Thursday speech at CPAC, National Rifle Association Executive Vice President Wayne LaPierre said background checks do not need to be expanded. Rather, states should do a better job at reporting criminal records to the National Criminal Background Checks system. States often fail to update the records because there are no financial penalties, leaving gaps in the system, he said.

“If you pass a net and a fish swims through the holes, you do not need a bigger net; you need tighter holes,” he said. “When it comes to a background check system that is missing the names of prohibited people, the politicians do not want to fix it.”

Tanner Hirschfeld, a University of Virginia sophomore who attended CPAC, supported LaPierre’s position and added that the minimum age for buying assault weapons should not be raised. Everyone should have a right to protect themselves, regardless of their age, he said.

“There is no reason I shouldn’t be able to defend myself just because I’m not 21 yet,” he said. “I think you should have to go through the class and pass a background check, and there should be mental health components to that.”

He and Emma Wolff, a freshman at Mount Holyoke in South Hadley, Massachusetts, said in separate interviews that they are are on board with Trump’s proposal that some teachers carry concealed weapons on school grounds. Gun-free zones leave students and teachers helpless in the face of danger, Hirschfeld said. He emphasized that all armed teachers must pass a strict background check with mental health components.

“We must immediately harden our schools,” LaPierre said. “Everyday young children are being dropped off at schools that are virtually wide open, soft targets for everyone bent on mass murder … To stop a bad guy with a gun, it takes a good guy with a gun.”

Although supporting Trump’s plan to arm teachers, his proposals do not directly address the fundamental problem, Wolff said.

“It comes down to the morality of the individual that committed the crime, and I think that is something that is an individual problem and perhaps lack of morals, lack of upbringing, lack of God,” she said.

Wolff said government agencies such as the FBI should re-evaluate their system that had originally let a tip on the Parkland shooter pass.

Hirschfield had his own take on the root cause of gun violence —  lack of mental health care.