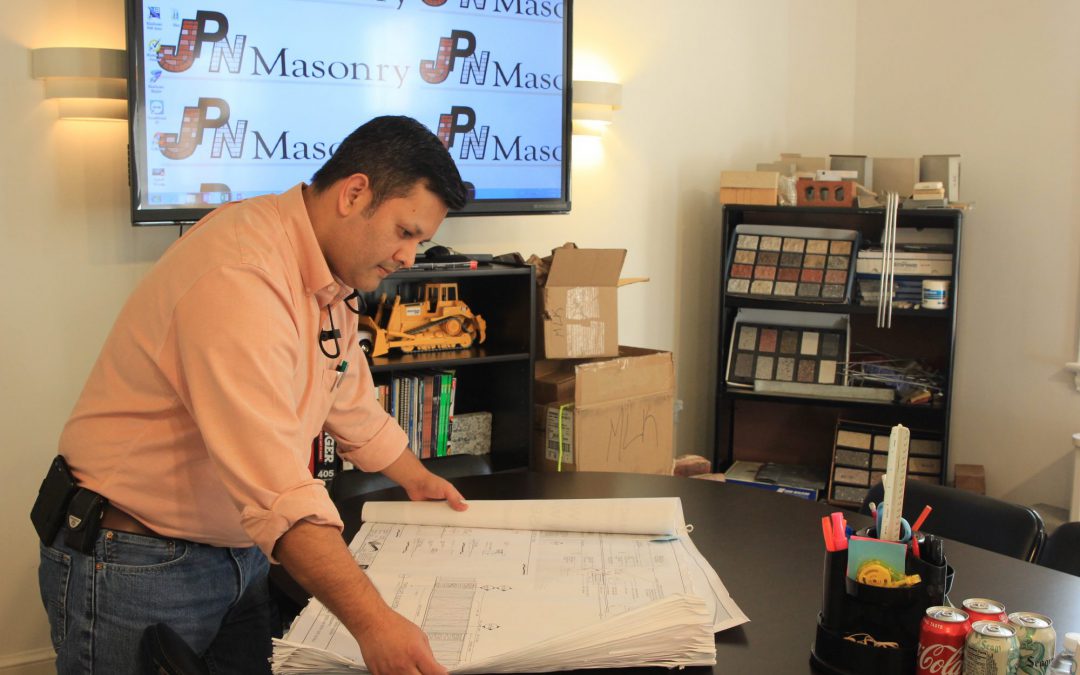 After arriving in the U.S., he settled in a Virginia suburb of Washington and got a job as a painter. Now the 38-year-old Salvadoran American has his own contracting company – JPN Masonry.

He became a citizen in 2010 after some prodding from his wife ‒ a dual citizen ‒ and calls it “the best decision of my life”, alluding to the Trump administration’s decision in January to end TPS protections for El Salvador immigrants in the U.S. The program allows immigrants to legally live and work in the U.S. after their home countries have been struck by natural disasters or war.

“I was 22 years old when I was forced to leave [El Salvador] due to the earthquakes,” Madrid said. “I knew that despite this tragedy I could get ahead in terms of my career by going the U.S. so when I heard the news of TPS being canceled I immediately felt myself being put in those shoes again and it was like, ‘Man, this is going to be tough for a lot of people.’”

El Salvador is the fourth country for which the Trump administration has repealed TPS immigration in the past year; the others are Haiti, Honduras and Nicaragua. Salvadorans comprise 195,000 of the estimated 325,000 total TPS beneficiaries, according to the Center for Migration Studies.

Salvadoran TPS recipients have until July 2019 to either get green cards or start the citizenship process; otherwise, they will have to leave the U.S.

President Donald Trump also rescinded the Deferred Action for Childhood Arrivals program last fall, which granted work permits to nearly 700,000 undocumented children brought into the country illegally by their parents. Democrats in Congress are trying to save the program before it expires in early March.

Trump’s executive orders ending DACA and TPS for the four countries combined with the immigration plan he unveiled during his State of the Union speech show the administration’s commitment to rein in both legal and illegal immigration. Trump has said reducing the TPS program is staying true to the “temporary” nature found in the name of the program.

According to the American Immigration Council, Salvadorans have the highest rate of workforce participation out of all TPS recipients, at 88 percent in the six states in which they are concentrated ‒ California, Florida, Texas, New York, Virginia and Maryland.

“This unfortunate decision by the Trump administration doesn’t make economic sense as the U.S. GDP will lose not only all the wages of TPS holders, but also the fees they pay the government every 18 months to stay in the country,” Roberto López, vice president of the Salvadoran Chamber of Commerce in Washington, said.

According to a policy report by the Immigrant Legal Resource Center, the U.S. GDP could drop $42.5 billion over a decade by ending TPS for El Salvador, Haiti and Honduras.

Carlos Romero, an economist at Encompass Wealth Management, said that most TPS recipients are hardworking taxpayers and are active participants in important sectors of the workforce such as construction, hospitality and landscaping.

However, others believe the program’s cancellation will help the American economy.

Ira Mehlman, media director at Federation American Immigration Reform, an organization that favors reducing immigration levels, believes that repealing the TPS program won’t hurt the economy and will in fact free up jobs for American citizens or legal immigrants who aren’t currently participating in the workforce.

“When you have people here on TPS, a significant percentage of their incomes are sent back to their home country as remittances,” he said. “Overall it’s a very small percentage of our labor force that’s being asked to leave, as out of 200,000 Salvadoran TPS recipients obviously not all of them are working and contributing to the economy.”

Vanessa Romero, a legal assistant at the Association of Salvadorans in Los Angeles, said that many Salvadorans because they fear that returning to their home country will put them in danger due to ongoing gang violence.

“Our clients have been calling us daily wanting to know when they’ll be able to renew their work permits because employers here are asking to see their physical work permit without which they’ll lose their jobs and be laid off from work,” she said.

López, the D.C. Salvadoran Chamber of Commerce official, emphasized the impact that potentially losing 40,000 Salvadoran workers ‒ the largest immigrant group in Washington ‒ could have on the D.C. economy and infrastructure.

“For the last 40 years D.C. has been built and maintained by Salvadorans,” he said. “We’ve been effectively woven into this society, and now we’re even business owners who’ve been paying taxes and earning wages.”

Madrid said his company, JPN Masonry, is a good example of that impact. The consequences of ending TPS for El Salvador will hurt his company on several levels, he said, because bricklaying work is typically quite physically demanding and requires professional manpower that’s already difficult to find.

“Fifteen to 20 percent of our employees are Salvadorans with TPS, and they’re the people who really do want to work and who stay with you for a long time,” he said. “If we already have a lack of manpower, losing those hard workers is going to make it very hard to replace them.”