On anniversary of President’s travel ban, experts warn anti-Muslim bigotry is on the rise 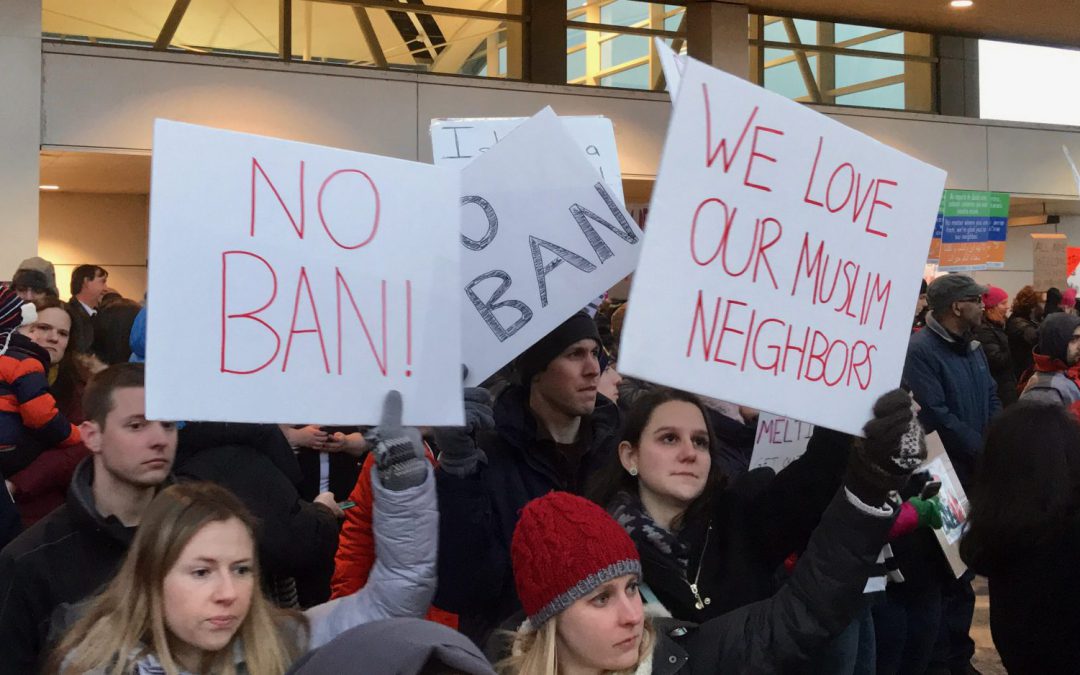 WASHINGTON—The number of anti-Muslim hate groups and crimes in the United States have increased dramatically in recent years, experts told reporters in a conference call.

Organized by legal and educational group Muslim Advocates, the call highlighted the one-year anniversary of President Donald Trump’s controversial travel ban, first enacted on Jan. 27, 2017. The ban, now in its third iteration, has been continually challenged in court and faces review at the U.S. Supreme Court later this year.

Heidi Beirich, who tracks extremists and hate groups with the Southern Poverty Law Center, said anti-Muslim hate groups are more radical now than they used to be.

Beirich attributed the rise of anti-Muslim bigotry in part to the Trump administration, where she said comments by prominent members of the presidential campaign have led to “mainstreaming of anti-Muslim hatred.”

As a result, in part, the national landscape right now is “favorable for anti-Muslim hate groups,” she said.

In a brief to the Supreme Court, Trump defended the travel ban, citing his power as president to bar foreigners entry to the U.S. Additionally, Trump has said the ban is necessary to vet immigrants and ensure national security.

Trump defended his views following reports of a controversial remark he made about immigrants from Haiti and African countries, stating that he is “not a racist.”

Jonathan Smith, Muslim Advocates’ legal director, said the group is working with individuals who are under threat to ensure their safety while challenging the travel ban.

“The president has shown a dogged determination and commitment to this policy despite the clear bias (and) bigotry,” Smith said.

Beirich said although there are alarming examples of recent extremism, she was grateful that local groups across the country have stood against hatred.

“We have seen incredible organizing to reject these kinds of ideas and this bigotry,” Beirich said.