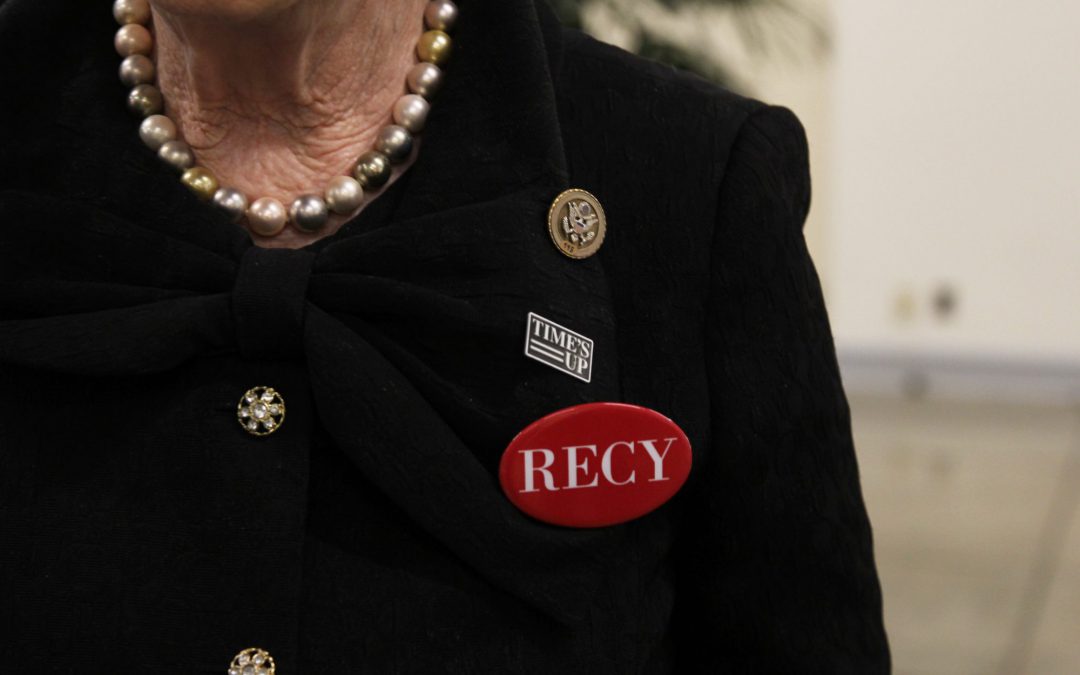 Lawmakers, particularly Democrats and women, donned the symbols of the #TimesUp and #MeToo movements at the State of the Union address. (Paola de Varona/MNS)

WASHINGTON – Members of Congress, mainly Democrats and women, as well as audience members showed support for the the #MeToo and #TimesUp movements at Tuesday’s State of the Union address by wearing black and pins with the slogans, but President Donald Trump did not mention the issue of sexual harassment Tuesday in his speech to both chambers of Congress.

At least 50 female legislators, including Reps. Nancy Pelosi, D-Calif., Terri Sewell, D-Ala., and Kirsten Gillibrand, D-N.Y., answered the call of California Rep. Jackie Speier and the House Democratic Women’s Working Group’s for members of both parties, both male and female, to dress in black. The chamber was visually split between parties, with the left side packed with Republicans dressed in an array of colors, many women opting for red and white. The right side was filled with Democrats largely dressed in black, often accompanied with #TimesUp pins. Members of the Congressional Black Caucus and other Democratic lawmakers also honored Recy Taylor, a black woman raped by six white men who were never charged, by wearing red “Recy” pins. 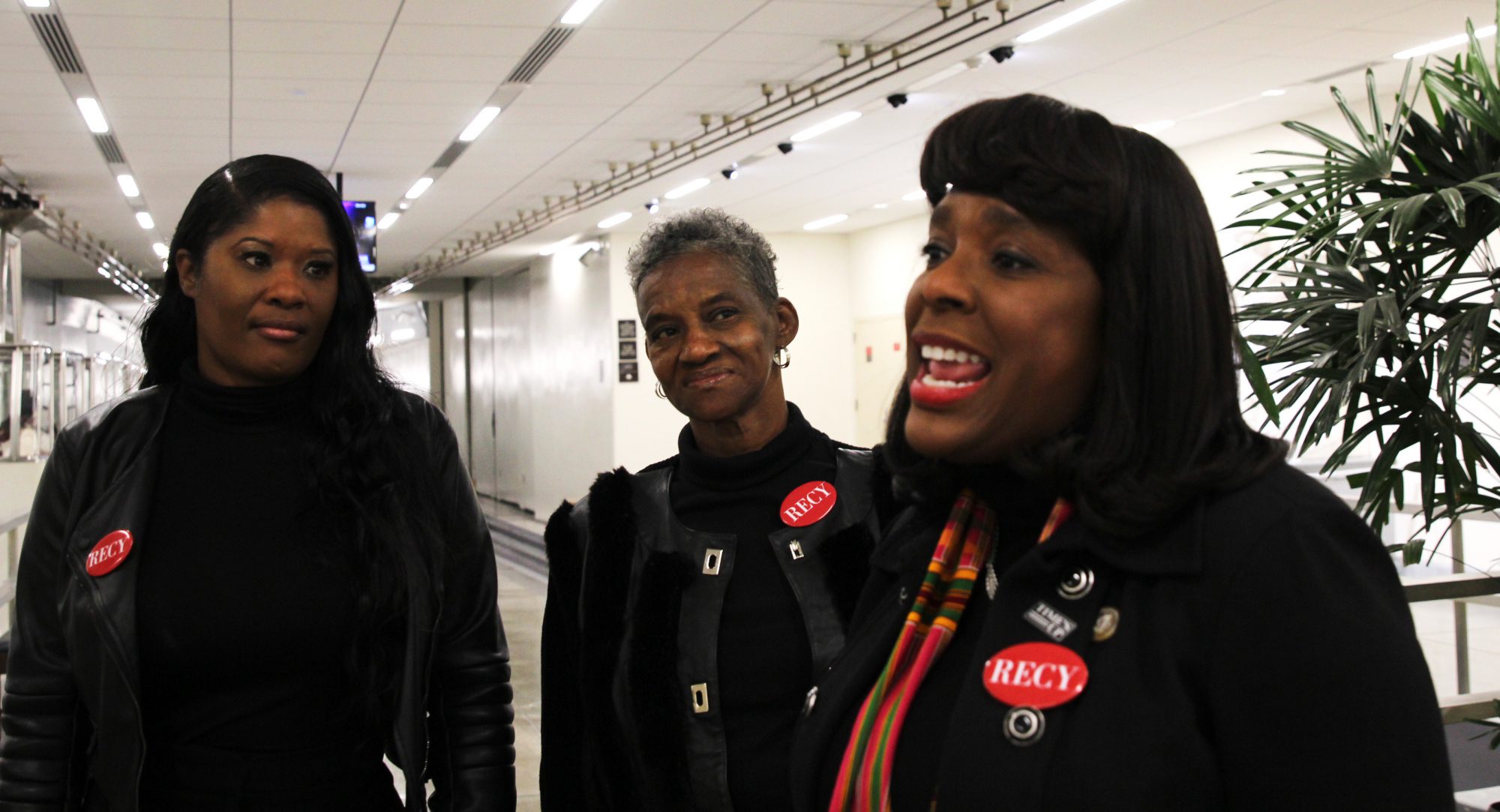 Rep. Terri Sewell, D-Ala, brought Recy Taylor’s granddaughter and great-granddaughter as her guests to this year’s State of the Union. (Paola de Varona/MNS)

“My special guests are the granddaughter and the great granddaughter of Recy Taylor. We’re wearing our red pins in honor of her legacy,” Sewell said. “It’s a legacy of dignity. This is a woman who was maliciously raped in 1944, died at 98 years old, but never gave up faith and has raised some wonderful women.”

Rep. Adam Smith, D-D.C., wore black “in solidarity with those seeking economic security and a cultural shift that enables men and women to work side by side in safety and dignity, free of sexual harassment, and paid fairly for the value of their work,” according to a statement.

In an interview with CNN’s Chris Cuomo on Tuesday, White House counselor Kellyanne Conway questioned whether Democrats should be focused on the color of their clothing to make a statement.

“They’re all going to wear black – for what?” Conway asked. “To protest Harvey Weinstein or Bill Clinton?”

Trump stuck to the script as he addressed the joint session, highlighting his proposed immigration and infrastructure plans, along with opioid epidemic solutions and job creation. While Trump did make a brief mention of paid family leave – a typically Democratic cause championed by his daughter Ivanka, he did not provide specific details on what such a policy would include.

Earlier this month, Trump tweeted that 2017 was a “historic” year for women, pointing to low unemployment numbers and economic growth. Still, some policy experts believe that his administration’s policies have done more harm than good.

“We’ve seen enormous rollbacks and a persistent ongoing attack on women’s rights across many different agencies,” said Jocelyn Fyre, a senior fellow at Center for American Progress and former member of the Obama administration.

As lawmakers move into 2018, Frye said, it is important to remember that women are central to any policy that is put forward.

“Women are half of the workforce,” she said. “[It] starts with recognizing that women are not sort of an afterthought.”