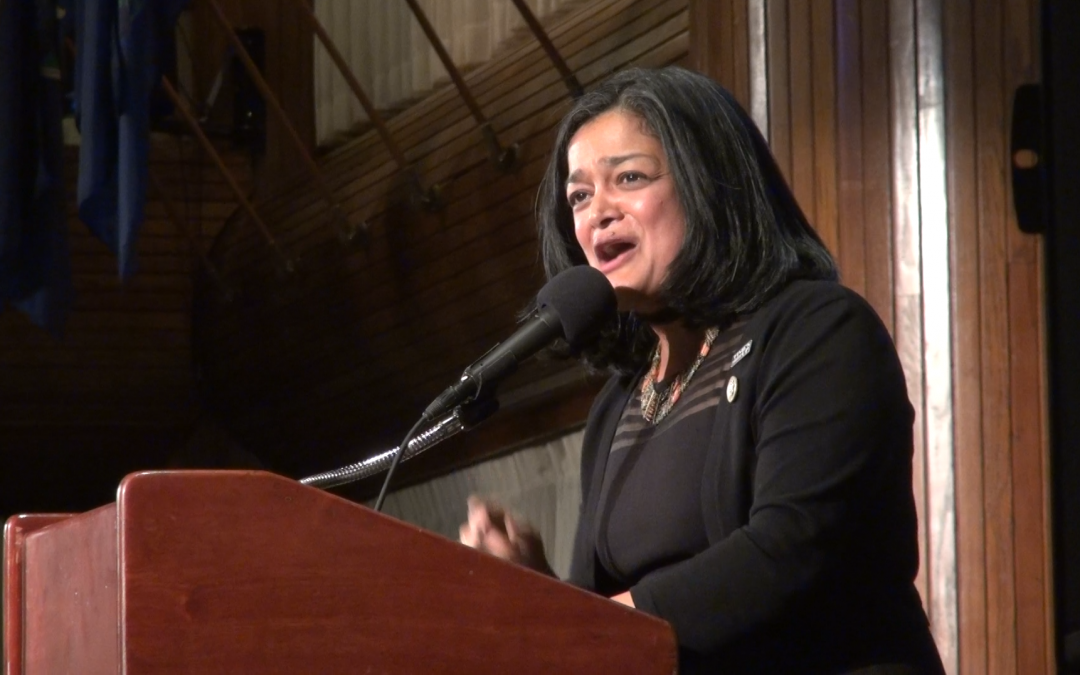 More than a dozen lawmakers staged an unprecedented boycott of President Trump’s State of the Union Tuesday night.

Traditionally, all members of Congress attend the State of the Union.

Many of the Representatives who chose not to attend did so after Trump’s now-infamous comments on , including Rep. Barbara Lee of California.

“I can’t normalize nor condone what he has done,” said Rep. Lee, speaking at “The State of Our Union,” a rival event held at the same time as the President’s speech. “Women know what’s at stake if we allow this man to erode our Democracy.”

Rep. Pramila Jayapal of Washington state, speaking at the same event, agreed with Lee, claiming that “We are in a constitutional crisis.”

Rep. Jayapal pointed out that she has signed on to articles of impeachment that have been brought against Trump, and that the state of the union is “strong despite everything he does.”

But Rep. Brad Schneider (D-Ill.), among other opponents of the president, felt that boycotting the speech would be a breach of decorum that would harm national unity. Schneider, like most Democratic lawmakers, attended Trump’s speech. Though Schneider opposes “almost all” of Trump’s policies, he says that ”doesn’t change the fact that he’s the president of the United States” and deserves a hearing.

The last time a boycott of this scale occurred was 1971, when the members of the Congressional Black Caucus refused to attend Richard Nixon’s second state of the union address.