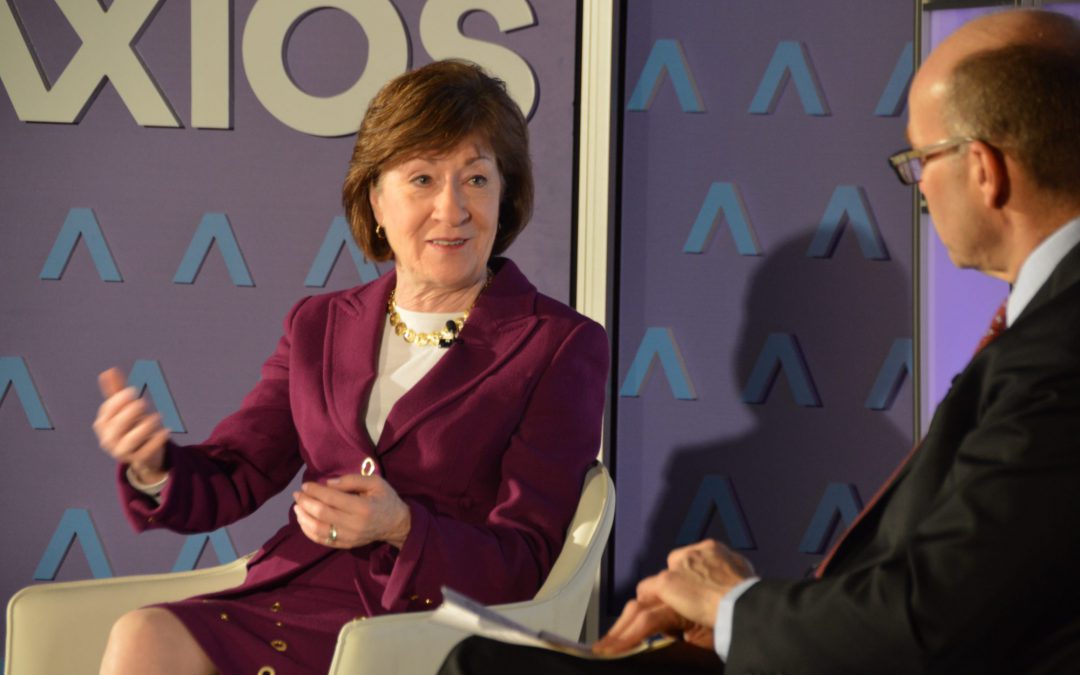 Sen. Susan Collins, R-ME, said the president was speaking to the "Trump country" on State of the Union. (Anna Laffrey/MNS)

Trump needs bipartisan support to “rebuild our crumbling infrastructure” and pass an immigration deal, telling lawmakers to “come together, set politics aside and finally get the job done.” But many Democrats after the speech found his calls for bipartisanship to be hypocritical.

“He was sticking to his talking points at the beginning, and talking to his base at the end,” Steny Hoyer, the House Democratic Whip, said at an event hosted by Axios. Some of the Presidents’ comments on immigration even drew boos or hisses, prompting Pelosi to motion with her arms to quiet her caucus.

In a news conference Wednesday, Rep. Joseph Crowley of New York, chair of the House Democratic Caucus, said Trump “failed yesterday once again to show leadership or a vision for our great nation…The speech wasn’t new, it wasn’t good and it won’t change any fundamental dynamics.”

Rep. James Clyburn, D-S.C., criticized Trump’s declaration that “Americans are dreamers, too.” That was an apparent reference to undocumented people brought to the United States illegally as children.

“To use that condition to denigrate and dilute the emphasis we’re trying to place on those young people … was a very, very low point to me,” Clyburn said.

During the speech last night, Democrats generally stayed seated during Republican standing ovations, but a few of the president’s statements drew cautious praise from his rivals. Rep. Raja Krishnamoorthi of Illinois, for example, said he did feel hopeful about Trump’s mention of affordable prescription drugs.

“If he’s serious about curbing the price of prescription drugs, then let’s talk turkey,” Krishnamoorthi said. “Because that could be a huge move in the right direction.”

In addition to appealing to his political opposition, Trump will need the support of key GOP moderates to pass his agenda. Sen. Susan Collins, a Republican of Maine, called Tuesday a “fascinating evening” with a speech that was “so eclectic.” She said the president was speaking to the “Trump country” that powered his campaign, making it clear that he’s still targeting rural Americans frustrated by the infrastructure and economy.

“Donald Trump tapped into that very understandable discontent,” Collins said. “His talk on trade resonates with these individuals.”

Pelosi emphasized what Trump left out of his speech — namely the FBI’s investigation into possible Russian meddling in the 2016 presidential election and what she called an “ongoing assault” on American democracy.