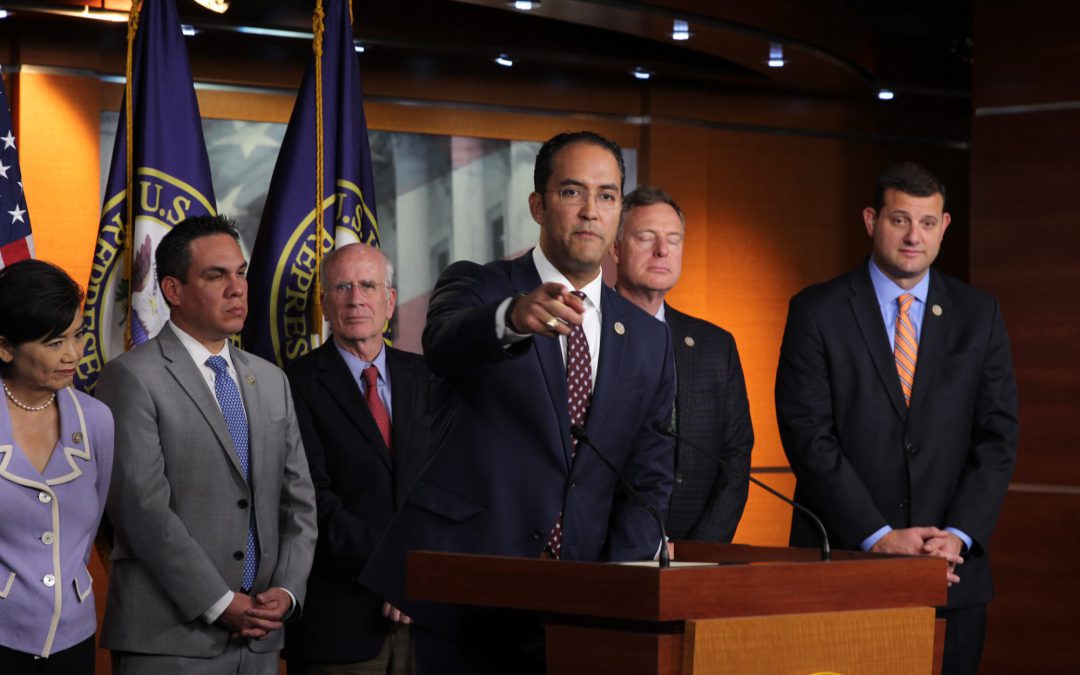 Rep. Will Hurd (R-TX) said the USA Act will serve as a permanent solution for Deferred Action for Childhood Arrivals and strengthen border security. (Stavros Agorakis/MNS)

WASHINGTON — After the Senate bipartisan effort to protect “dreamers” from deportation became mired in accusations of racist remarks by the president, three House members said Tuesday they have a solution that would extend protections to the 700,000 young immigrants brought to the country illegally by their parents while strengthening border protections.

Republican Reps. Will Hurd of Texas and Jeff Denham of California and Democratic Rep. Pete Aguilar said they have the support of about 40 other lawmakers for their proposed replacement for the Deferred Action for Childhood Arrivals Act, an Obama administration program to provide temporary visas and work permits for the “dreamers” that President Donald Trump canceled, effective in March. Denham said more than 40 lawmakers came together over the weekend to craft a bipartisan permanent solution to DACA.

DACA remains a major priority for lawmakers just a few days before government funding runs dry Friday. Republicans want to pass a bill to continue funding to keep the government running, but Democrats have tied their support for that effort to passing a replacement for DACA.

“This is about getting to 218,” Aguilar said, referring to the votes needed for the bill to pass the House of Representatives. “We have 80 hours. We think we should get to work.”

Trump has criticized Democrats, posting on Twitter on Jan. 13 that he doesn’t believe Democrats “really want to see a deal on DACA.”

“They are all talk and no action,” Trump said. “This is the time but, day by day, they are blowing the one great opportunity they have. Too bad!”

Denham said lawmakers should follow regular order and additional ideas should be debated.

“As a veteran, I’ve served side-by-side with many immigrants who gained their citizenship by showing their oath and allegiance to this country and were willing to fight for our freedoms,” Denham said. “It is important to emphasize that as we provide a full Dreamer and permanent fix.”

Hurd said the bill does not address “chain migration” — family-based immigration — or the diversity lottery, which grants visas to people from countries with low immigration rates. Trump has said he wants to eliminate both programs.

Hurd stressed the main incentives of the bill are to replace DACA and strengthen the border.

“I’m on the border almost every weekend,” Hurd said. “We would gain operational control of our border by the end of 2020. We should be able to know what’s going on and what’s crossing our border. The only way we’re going to do that is by newer technology and (a) more thoughtful, smart approach.”