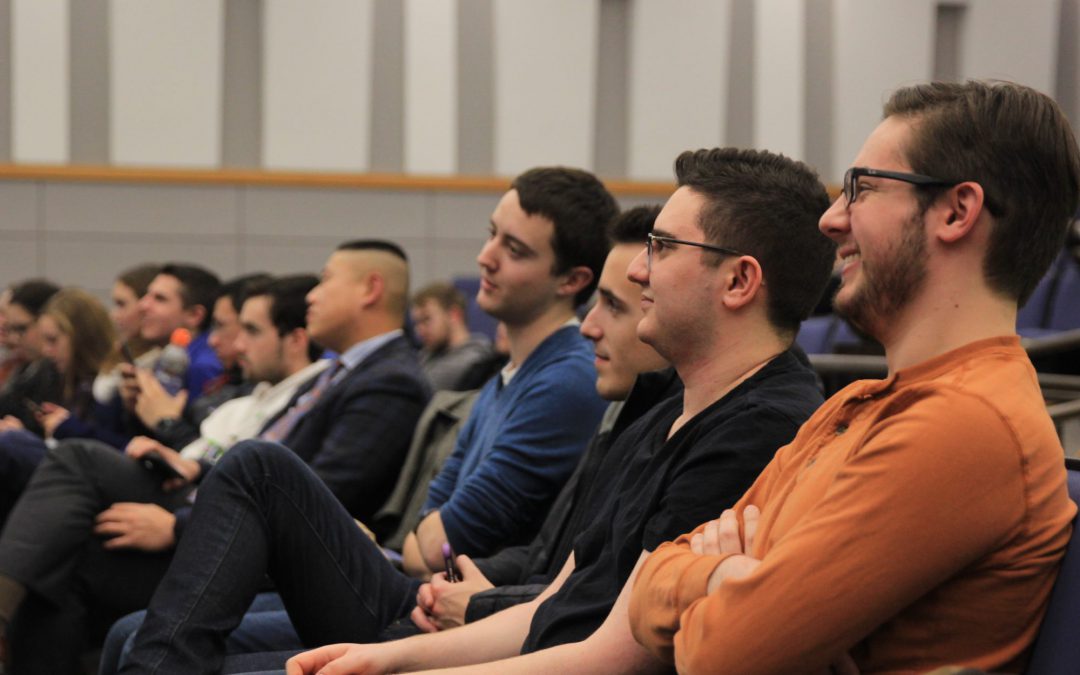 Allison Coukos, a senior and chair of the George Washington University College Republicans, said the theme of national unification resonated with her the most while watching the president’s address at a State of the Union watch party.

“When you see the Democrats – I’ve always understood there is a role for the opposition party, the minority party, but when you flat out refuse to work with the president, you’re not helping Americans, you’re trying to further your own political points,” Coukos said. “So when you have Trump coming in saying we need to focus on unification, we need to focus on the Americans first and foremost, politics aside, that’s I think the call of a leader.”

Hunter Ihrman, a freshman and another member of the GW College Republicans, appreciated Trump’s focus on Americans in his speech.

“He’s also done a really good job of mentioning the accomplishments of a lot of ordinary Americans. I’m actually really inspired by the way he’s forging forward together,” Ihrman said.

Many College Republicans agreed that one of Trump’s challenges was his rhetoric and handling of social media. Some were concerned that Trump’s tweets and controversial remarks would distract their fellow college Republicans from his actual accomplishments.

“There’s sort of a disconnect between Trump the character and Trump the president. Hopefully, eventually, we’ll see a merger of the two,” Coukos said.

However, many young Republicans united to praise what Trump noted as a maor accomplishment in his speech  – his tax plan.

“With the tax plan, it’s looking like it’s finally cool again to be successful in this country.” According to Judah Waxelbaum, director of membership for the Arizona State University College Republicans. “It’s finally starting to be incentivized to do business in America,”

“It’s a big deal for a college student like me to feel like there’s actually going to be job opportunities for me when I graduate,” he said. “For millennials a lot of us are in very steep student debt so the idea that we’ll actually be able to make money after graduation is a big deal.”

Waxelbaum, who volunteered on Trump’s campaign and voted for the president, said Arizona already has had a job increase because of the law.

Enrique Zalamea, a senior at the University of Michigan, also pointed to job creation as a major success of Trump’s first year in office.

“The tax plan really helps in … cutting corporate tax rates down to 21 percent. I think that’s a huge factor. We’re seeing a lot of massive corporations – like Chrysler is actually moving an auto factory to Michigan sometime in the near future,” Zalamea said. “So many big companies bringing back jobs to the U.S. and that’s really what we need to bring wealth and bring back money to the American people and the American working class.”

Zalamea declined to say whether he voted for Trump in the 2016 presidential election.

Trump had an average approval rating of 38 percent throughout the U.S. in 2017, according to a Gallup survey that tracked interviews conducted nationally through the year. Only 22 percent of adults between the ages of 18-34 approved Trump’s handling of the presidency, a NBC News/GenFoward study conducted in November said.

Trump has divided college Republicans since the start of his campaign. At Pennsylvania State University and Harvard University, the student Republican organizations declined to endorse Trump in 2016. Still, some are trying to look past his tweets and point to the progress he’s made for conservatives and Republicans this past year.

A Duke University College Republican said that he approved of Trump’s nomination of Neil Gorsuch as an associate justice to the Supreme Court. He also liked Trump’s moving the U.S. embassy to Jerusalem.

“The move for me personally being Jewish and a big supporter of Israel, the move to…recognize Jerusalem as the capital was very big symbolically and I think it will work out policywise as well,” the Duke student, who was concerned about others knowing his political views, said.