The unlikely suspects: Spies in the home 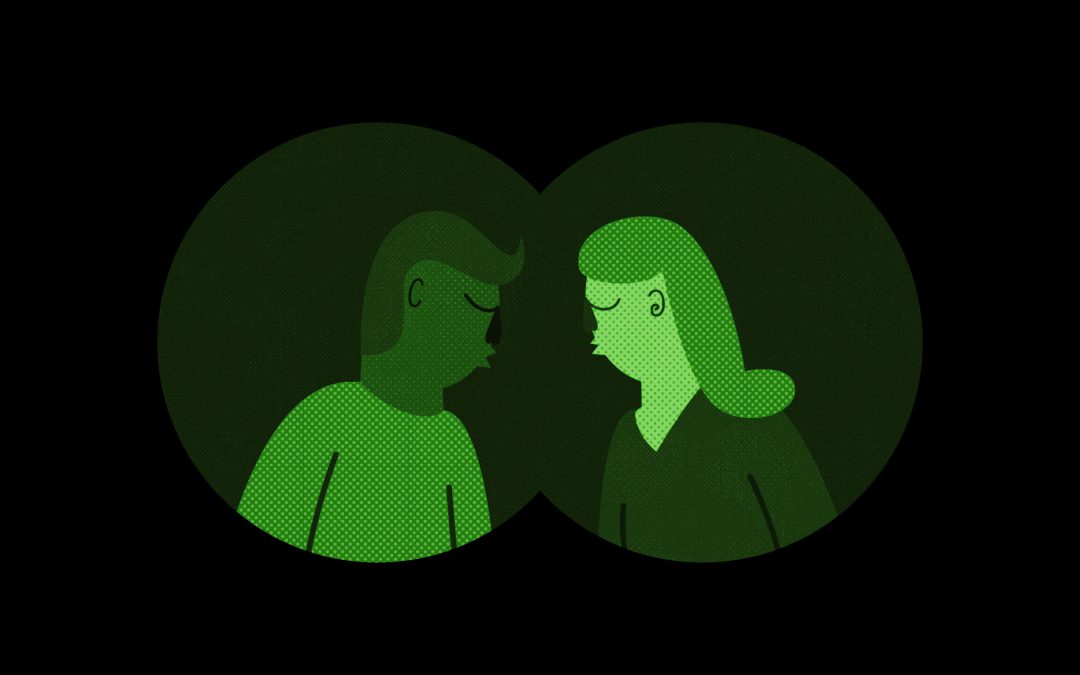 If you’re at all worried about being spied on, you might focus on the Big Brother scenario: an omnipotent government watching your every move, or big corporations tracking your online habits to make money.

But there’s another kind of spy – a Little Brother, you might say – that’s much more intimate.

Parents are spying on their kids’ locations. Suspicious spouses are tracking each other’s messages. They are the spies we know best.

There’s a growing market of cheap spyware apps that make snooping much easier in homes, within families, or relationships – especially as more personal data is available online than ever before. Surveys show that some two-thirds of Americans own a smartphone and almost 70 percent of internet users in marriages or relationships know the passwords to one or more of their partner’s accounts. As Cheryl New, a family divorce lawyer based in Bethesda, Maryland., puts it: anyone can grab their loved one’s phone unnoticeably and go “down and dirty scrolling through it.”

But having that kind of easy access to a phone means it’s much easier for someone to download a hacking tool – without having to pay big bucks, as many governments and even some companies do, to remotely spy on their targets. Two of the most popular spyware apps are mSpy and FlexiSpy. Both apps offer functions that can secretly forward texts, call logs, photos, emails, and apps such as Snapchat or Tinder. They can even record phone calls.

So long as the spy can log into the phone to install it, all of the data collection is designed to be hidden from the phone’s actual owner.

Both apps retail for less than $70 a month and the process to install them takes just approximately 10 minutes, according to a mSpy sales associate.

“They are designed so that they’re easy as humanly possible to do, which creates a scenario where it allows more people access to these types of capabilities,” said Lars Daniel, a digital forensics examiner at Guardian Digital Forensics. “[The apps] are very good at reporting just about all the activity that happens on a phone.”

Over 80 percent of US divorce attorneys say they’ve seen a rise in the number of cases involving social networking evidence, according to a 2010 survey of the the American Academy of Matrimonial Lawyers. Screenshots of text messages and printouts of emails are frequently evidence used by divorcing couples in court, Mr. Daniel said.

But Ms. New, the family lawyer who works at firm New & Lowinger, says she still finds that “smart millennials” are more likely to lean towards spyware apps.  Her clients, who are often over the age of 40, are not likely to go beyond the snooping that happens when a phone is left on the table during a bathroom break. “Or we go the old-fashioned where they hire private detectives,” she said.

New also explained that mistrustful couples start spying not out of spite, but because they feel like it’s one of their only options. “If you’re suspicious about your spouse, people become resourceful. If something doesn’t smell right – it’s just human instinct. It’s a very emotional time,” she said.

But the legality of these apps is up for debate. Apps like mSpy dance around the legal issue of surveillance: mSpy has a disclaimer on its website saying it’s legal as long as the person being monitored is notified beforehand. There is a legal agreement upon downloading where a user must check off a box in agreement. But there’s no way to ensure that all of mSpy’s users are sticking to those guidelines. What’s more, some of the spies might actually own the device itself: A parent or a spouse, for instance, may be secretly monitoring someone else’s communications on a phone they technically pay for, making the legal questions even murkier.

So, the questions of whether it’s OK to monitor someone else’s communications could end up being an ethical one rather than a pure legal one.

A Pew Research Center report from earlier this year found that nearly half the parents of kids aged 13 to 17 know the password to their child’s email account, and 43 percent know their kids’ cellphone login codes. Roughly 60 percent of parents said they visit their teens’ social media accounts and 48 percent look through call records or messages.

Parental tracking seems even more appealing as children spend so much time of their time on their devices, leaving a searchable digital footprint that could be a gold mine of information for worried parents.  And, some say, it might not be such a bad thing. “These are all just realities of the world we live in,” Daniel said. “It can be a wise instance for parents to monitor devices for such activity and have parental controls.”

But Data & Society’s Madden warns that parents will be tempted to overuse their power – potentially in intimidating or manipulative ways. Madden also noted that the high expectations of good parenting may also push parents to cross moral boundaries.

“One of the major challenges of parenting in the digital age is: Parents are seen as responsible for children’s online behavior and safety, but also they are tasked with needing to give their children enough freedom and independence to learn how to safely navigate the online world on their own,” Madden said.

So, the question remains for parents and other loved ones tempted to monitor kids, spouse or significant others: Does the ease of remaining undetected make cyber spying too attractive not to use?