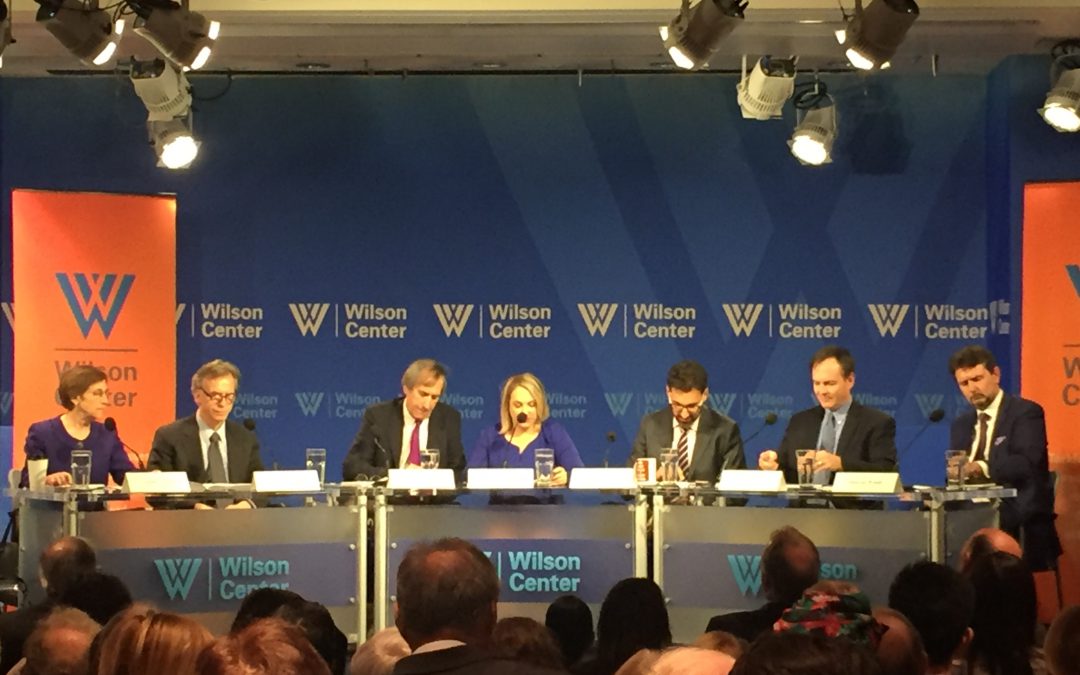 Experts at the Wilson Center discuss what the world expects from president-elect Donald Trump in terms of foreign policy. (Rishika Dugyala/MNS)

World leaders are worried America will not practice “openness,” reverting to isolationism by enacting high tariffs and scaling back on foreign aid — what Trump promised during his campaign — panelists told more than 100 guests at the Wilson Center. The non-partisan policy forum tackles global issues.

“The realities of campaigning are one thing,” said Aaron Miller, vice president for new initiatives at Wilson. “The cruel and unforgiving realities of governing, are another.”

Throughout the campaign, Trump promised to revise or reject some of President Barack Obama’s foreign policy priorities: military alliances such as the North Atlantic Treaty Organization, trade deals such as the North American Free Trade Agreement, the Paris climate accord, and the Iran nuclear deal.

Mexico in particular has been “hit hard” in this election by Trump’s vow to renegotiate NAFTA, in addition to building a wall on the U.S.-Mexico border, said Duncan Wood director of the Mexico Institute at the Wilson Center.

“Mexicans reacted with horror to the idea that perhaps NAFTA would be called into question,” Wood said. “The Mexican peso this year has been hit harder than any other currency around the world…It’s created a great deal of uncertainty.”

And from a U.S. standpoint, almost 5 million jobs in the country directly and indirectly depend on the trading relationship with Mexico, Wood added.

But panelists said they are hopeful for a smooth transition and for a Trump administration with flexible individuals who are accepting of an expanding world market and can maintain positive foreign relations.

Wood, who was a member of the Mexican National Research System and studies North American relations, said he is sure  Trump’s fellow Republicans will convince him that dropping out of NAFTA — which also counts Canada as a trading partner — is “economic suicide.”

The event at the Wilson Center followed Obama’s announcement Monday that Trump has indicated that he will stay committed to “strong and robust NATO” partnerships even though the Republican had previously called the treaty “obsolete.”

The Trump transition organization could not be reached for comment Tuesday. Trump, for his part, has begun to clarify some of his campaign statements to these world leaders over the phone.

Robert Daly, the director of the Kissinger Institute on China and the United States, said although Trump apparently did not get into any substantive negotiation in the phone calls, the message of cooperation — on trade and foreign assistance — is the first step in strengthening tense relations, especially with China and Russia.

“This election reinforced two major Chinese narratives: the American democracy is failing and that the U.S. is in long-term decline,” Daly said. “So what is at stake is the long-term, reshaping world order by having an active leadership.”