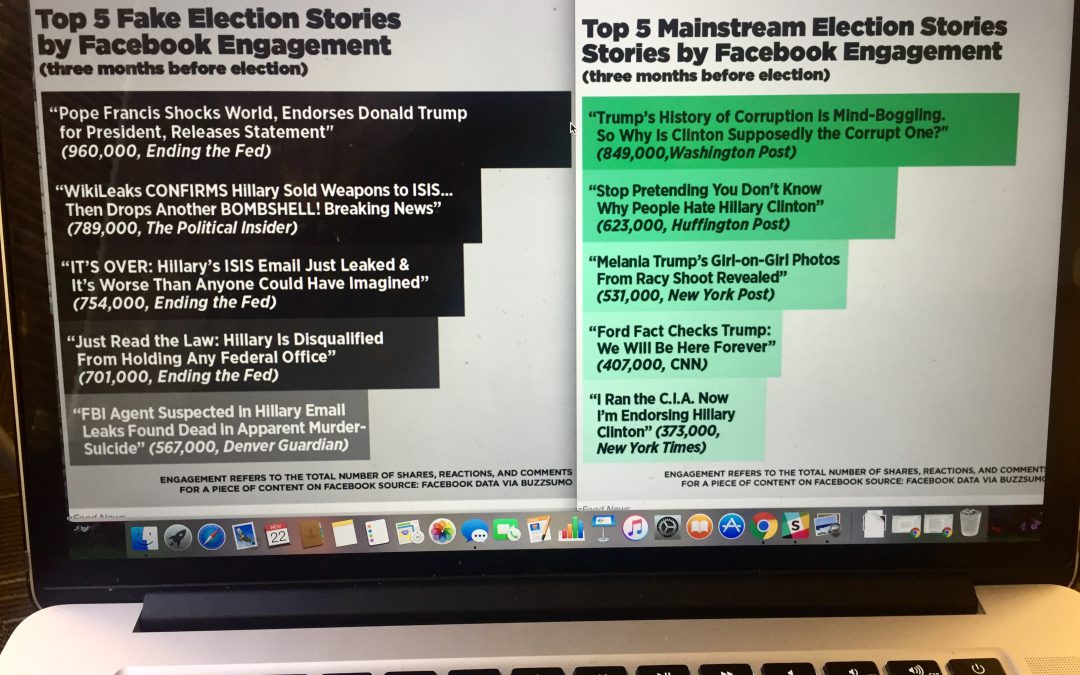 Fake election stories on Facebook outperformed real ones in the last three months leading up to the election. (Rishika Dugyala/MNS)

WASHINGTON — People interviewed in front of the White House Tuesday said they don’t blame Facebook for allowing the posting of election stories from fake news sites, but believe the company should do more in the future to verify information on its platform.

Most agreed fake news could have impacted how citizens saw the candidates in the final few months before the Nov. 8 election. The false reports skewed heavily anti-Hillary Clinton — and pro-Donald Trump.

“It definitely probably instigated a lot of frustrations and doubts about the credibility of the campaign,” said Bella Merritt, a senior at American University. “The fake news sources draw people in and make people think about things in a different way.”

But because there is only so much Facebook can do to limit misinformation, many of those interviewed said individuals should learn to discern for themselves which stories are false and which are authentic.

On Nov. 14, the company expanded its Facebook Audience Network policy — which says it will not display ads in sites that show misleading or illegal content — to include fake news sites, an attempt to impact these sites’ revenue sources.

In an unusual move Saturday, Zuckerberg outlined in a Facebook post the company’s plans to identify misinformation “given the importance of these issues and the amount of interest in this topic.”

“Our goal is to connect people with the stories they find most meaningful, and we know people want accurate information,” Zuckerberg wrote in his post. “We’ve made significant progress, but there is more work to be done.”