Republicans should find alternative to Obamacare before repealing it, Democratic experts say 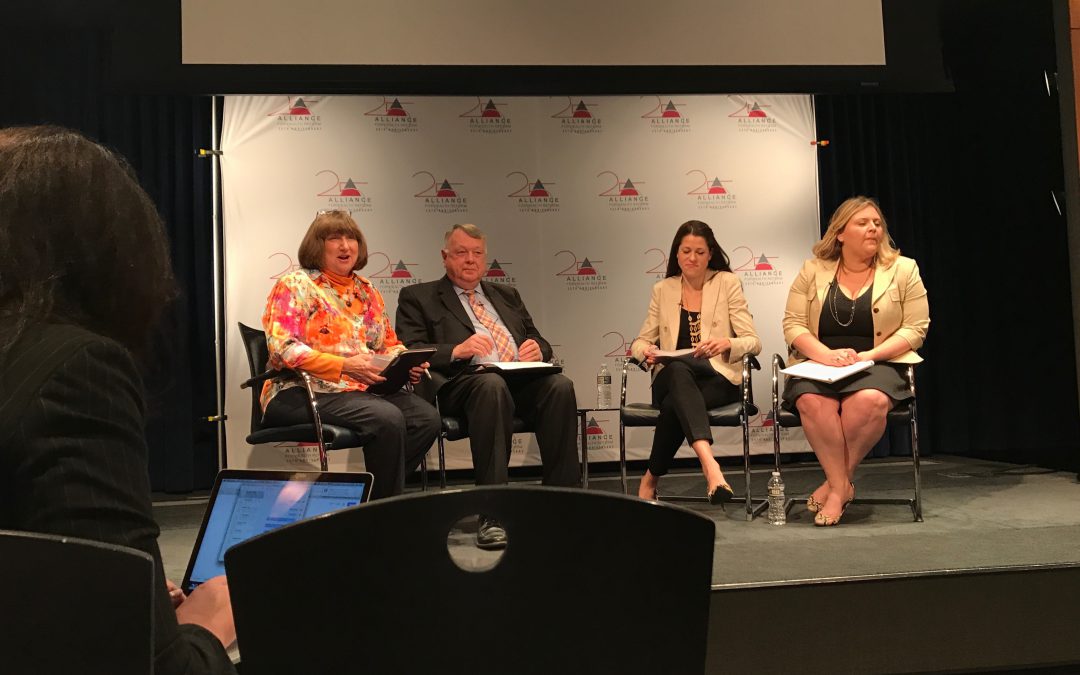 Capitol Hill staffers discuss the number of healthcare issues that will be debated on in the lame-duck and 2017 sessions in Congress. (Eunice Lee/MNS)

WASHINGTON – The new Congress that starts in January undoubtedly will have Obamacare as a top priority, but the Republicans who have majorities in both chambers should first have an alternative outlined and leave the current law in place at least through 2017, some top Democratic experts said Wednesday.

Chris Jennings, former senior White House health care adviser in the Obama administration, said he is concerned that the Republican congressional leadership will repeal the Affordable Care Act without knowing where to go next.

“If you want to repeal [Obamacare] you have to replace it with something that’s workable,” he said at a post-election summit by the Alliance for Health Reform, a bipartisan group that pushes for affordable health care and helps explain how to access health care under the ACA.

During the brief period since his election, President-elect Donald Trump already has begun to revise his health care agenda. While Trump spent his campaign repeatedly advocating for an immediate “repeal and replace” of Obamacare, he spent his first in-depth TV interview as president-elect softening his language for the ACA’s fate, saying that Obamacare will be “amended or repealed and replaced.”

Yet, Trump has yet to lay out a detailed plan to replace President Barack Obama’s signature health reform law. A repeal of the act could mean the loss of millions of customers for insurance companies and millions of people left off-coverage.

“Republicans should give assurances to the American public that they will do nothing to disrupt the 2017 process,” said Wendell Primus, senior policy adviser on budget and health issues to House Democratic Leader Nancy Pelosi.

Gail Wilensky, former senior health and welfare adviser to President George H.W. Bush, said that the Republicans in Congress have an alternative to Obamacare that is “quite a detailed plan” but “not at a state of legislative language.” She also mentioned that the alternative plan has involved a large group of House Republicans in various committees.

The Senate in January will have 52 Republicans, assuming the GOP candidate wins in Louisiana’s run-off, and 48 senators who caucus as Democrats. Because it takes 60 votes to end a Senate filibuster, Republicans cannot block a filibuster, making Congress “much more restrained than it looks,” Wilensky said.

“I think Democrats understand that the Affordable Care Act was not perfect,” he said.

Congress has a number of health issues to consider in the lame-duck session and in 2017, such as whether mental health care spending should be increased. Other key topics are renewal of the Children Health Insurance Program and several expiring Medicare provisions.

“This is like a once in a generation opportunity to try to figure out how to improve different elements of health care,” said a Republican staffer for the Senate Health, Education, Labor and Pensions.