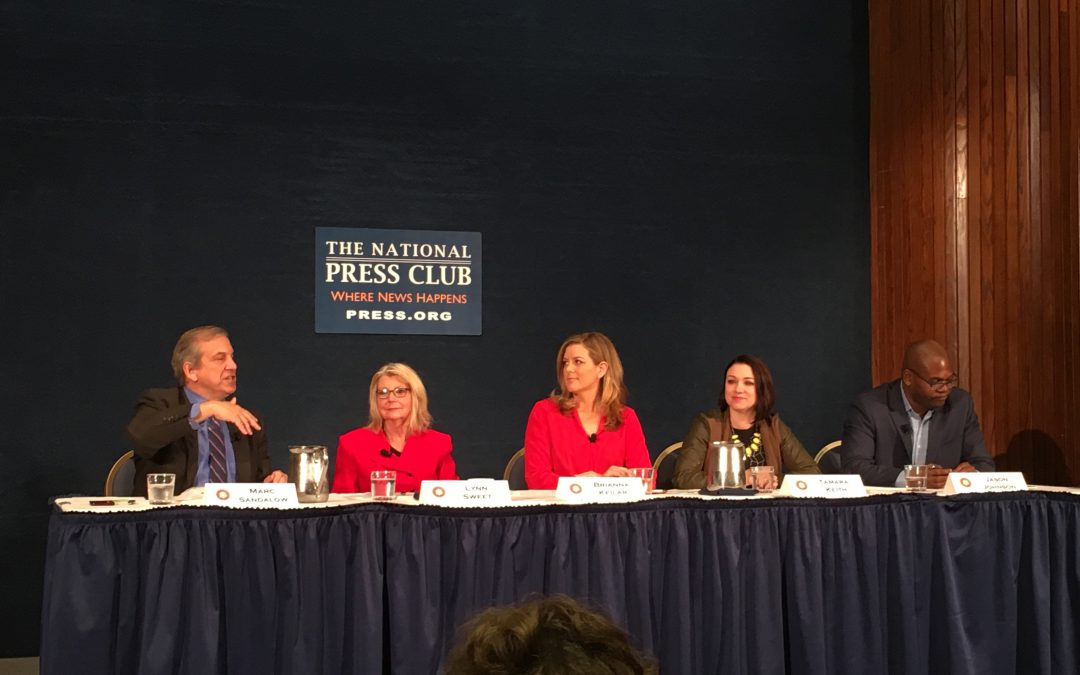 WASHINGTON – Reporters must rethink how they cover news if they want to succeed under the administration of Donald Trump.

“This election was very disturbing for a lot of reasons, but it was very disturbing for the news media,” said journalist Marc Sandalow, the associate academic director of the University of California Washington Program, at a conference Tuesday. “… The one thing that really disturbs me the most is how irrelevant the mainstream media seemed to be to so many people.”

Sandalow said some voters supported Trump in spite of negative stories such as allegations of sexual assault, but others simply did not believe these news reports because they came from the mainstream media.

Meanwhile, the media struggled with balanced coverage throughout the election.

“[There was] one candidate who consistently said things that were demonstrably false, and somebody else who was all hawkish and said things that…were maybe lies, maybe not, and the media had a very difficult time distinguishing or at least reporting to the people the difference between those levels of honesty,” Sandalow said.

Lynn Sweet, the Washington bureau chief for the Chicago Sun-Times, said reporters did not foresee the grassroots popularity of outsider candidates like Trump, and often had to battle for access on the campaign trail.

“We missed the story big time about the forces that led to the popularity of Bernie Sanders and Donald Trump,” she said. “Reporting on the ground picks it up when you’re there and you know what to look for. Too often, we missed the signs.”

Sweet said both Trump and Hillary Clinton minimized engagement with reporters. Trump’s campaign used the press “as an engagement tool, as something to be against so you could be for (him).” This raises questions of “basic press freedoms” under the new administration, she said.

The two most crucial changes needed in the media are increasing diversity in the newsroom and adopting “an oppositional position” in reporting on President-elect Trump, said political analyst Jason Johnson, politics editor for the African-American interest publication, The Root.

Johnson said newsrooms should aim for class and regional diversity in staff, as well as racial diversity.

“That stuff frames how they report these stories,” he said. “I had many conversations in the greenroom when I was going on the air, people didn’t know anyone who was supporting Trump. I was like, I know tons….His victory was surprising, but the people who supported him weren’t.”

“We are only a short period of time from a point where he tweets at some reporter or journalist who actually gets attacked or hurt, and as members of the press, we need to know how we’re going torespond to that and move forward,” he said. “Because it’s not a matter of if, it’s a matter of when.”

CNN political correspondent Brianna Keilar reporters need to be more scrupulous in their fact checking, including in the course of on-the-air reports.

“If someone is saying something on your air that is untrue, it is incumbent on you to correct the record right there,” Keilar said. “Because a lie should be met with the truth at the moment, or else the lie is allowed to flourish.”