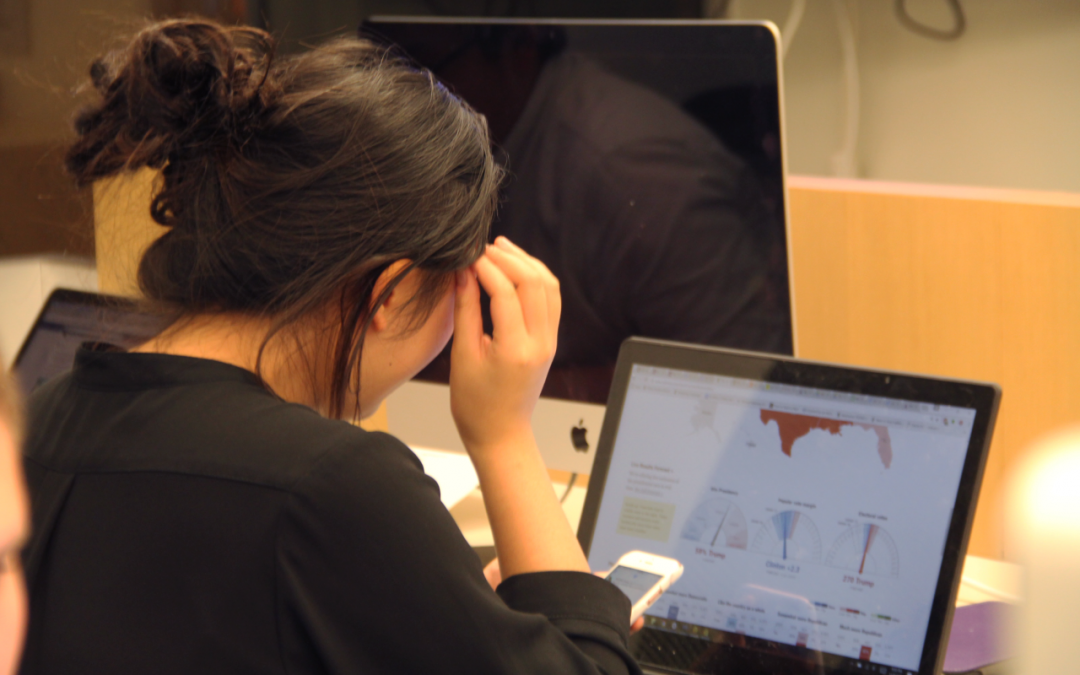 Reporters in the Medill on the Hill newsroom cover the 2016 election.

WASHINGTON– From the moment students arrived in Washington, . Medill on the Hill reporters, in one way or another, were preparing to cover election night. The time spent on the Capitol Hill and on the campaign trail—from Florida to Pennsylvania, Colorado to North Carolina—was marked by a growing sense of anticipation. They knew they would  document a critical moment in American history.

On Election Day, , six reporters spread out across New York City—at Clinton and Trump campaign headquarters, WNYC studios and Times Square. The rest of the team. reported from the newsroom in Washington and from the White House.

Producing a slew of articles, videos and audio stories as well as live reporting for NNN and WNUR, the Medill on the Hill team worked tirelessly to provide comprehensive coverage of the election.

As polling place results poured in, students reworked their stories, spoke to voters and reported breaking news updates. They captured the mood of the American people and the newsroom, grappling with their role as journalists and engaged students, many of whom had voted for the first time.

Here’s a behind-the-scenes look at the Medill on the Hill reporter election night experience, spanning from the morning of to the morning after, from New York City to Washington , from a predicted Clinton win to a Trump presidency.

Election Night at Medill on the Hill