Hillary Clinton urges supporters to fight for their children’s futures 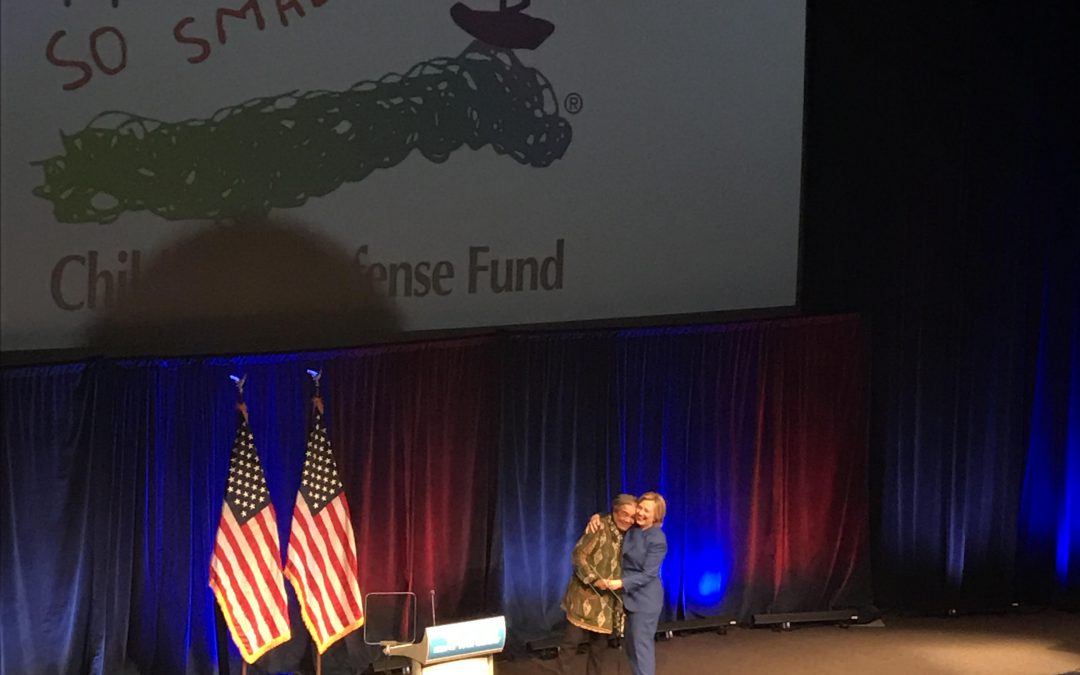 WASHINGTON — Hillary Clinton made her first post-election public appearance Wednesday night to call on her supporters to get engaged with politics on every level for the sake of the nation’s children.

The former first lady, former senator, former secretary of state and and now former Democratic presidential nominee appeared at the Children’s Defense Fund’s 2016 Beat the Odds Celebration in the nation’s capital, an event planned prior to Election Day, and spoke about the reason she says she first entered public service: America’s children.

“I know that over the past week a lot of people have asked themselves whether America is the country we thought it was,” Clinton said. “But please listen to me when I say this: America is worth it. Our children are worth it.”

“It’s up to each and every one of us to keep working to make America better and stronger and fairer,” she said.

Clinton has stayed out of the spotlight since her loss to President-elect Donald Trump on Nov. 8.

“There have been a few times this past week when all I wanted to do was just curl up with a good book or our dogs and never leave the house again,” she said.

But as she urged her supporters to work toward a country that is “hopeful, inclusive and big-hearted,” Clinton’s remarks referenced the schools around the country that have seen racist incidents occur over the last week.

“No child should be afraid to go to school because they’re Latino or African American or Muslim or because they have a disability,” Clinton said. “We should protect our children and help them love themselves and love others.”

“I just love the staying power, the persistence of commitment that she has reflected for children and families … all of her adult life,” said Mariam Wright Edelman, the founder of the Children’s Defense Fund and a longtime friend and mentor of Clinton.

Clinton noted that her campaign created the first broad consensus for child care and paid leave and encouraged her supporters to fight for those issues at all levels of government.

“She is the people’s president,” Edelman said, referencing Clinton’s life of service and her popular-vote victory.

Clinton’s popular-vote margin over Trump has surpassed 1 million votes and continues to grow, though Trump won the election with more than 270 electoral college votes.