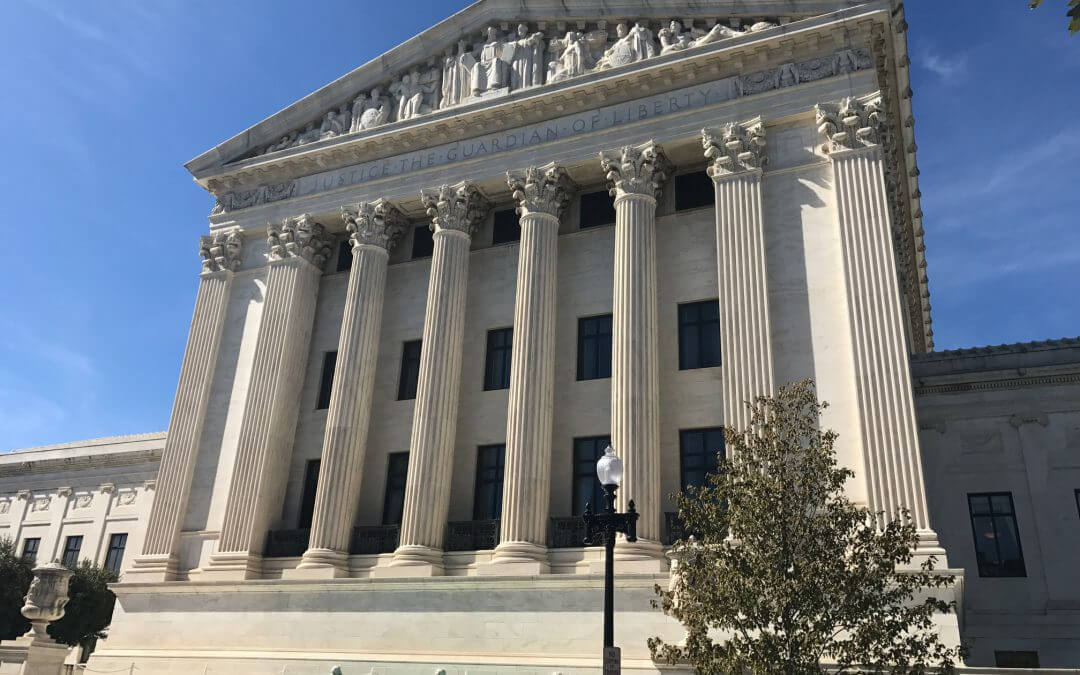 WASHINGTON – At least two Supreme Court justices seemed sympathetic Tuesday to arguments on behalf of a death row inmate in Texas who claims to be intellectually disabled and thus ineligible for the death penalty.

Justices Elena Kagan and Sonia Sotomayor were the main voices in the hearing about the standard states should use to decide who must be spared execution because of an intellectual disability.

The Supreme Court ruled in 2002 that executing the intellectually disabled is unconstitutional, violating the Eighth Amendment’s ban on cruel and unusual punishment. But in that case, Atkins v. Virginia, the court left it up to the states to legally define the condition of intellectual disability.

During oral arguments in Moore v. Texas on Tuesday, the justices asked tough questions of both attorneys. The back-and-forth centered on the specific 1992 framework used by Texas for determining mental disability.

The Texas definition for intellectual disability is based off of the American Association on Mental Retardation’s 1992 guidelines, reflecting standards of that time. The state also takes into consideration what it believes is the “consensus of Texas citizens” thinking on what constitutes an intellectual disability.

Bobby Moore spent more than 35 years on death row in Texas after being sentenced to death at the age 20 for a murder he committed during a 1980 robbery. Since April 2001, Moore has been in “administrative segregation,” meaning he spends most of his days in solitary confinement. In Texas, prisoners on death row are executed through a lethal injection.

Moore’s lawyers challenged his punishment and death sentence, arguing that the Eighth Amendment barred his execution because he is intellectually disabled. In January 2014, the state court granted Moore’s motion on the basis that he qualified as mentally retarded under modern psychological standards. Later, the Texas Court of Appeals rejected the appeal, sticking with the state’s own standard for what qualifies as intellectual disability.

Justice Stephen Breyer said this case is unique because Moore is right on the border of intellectual disability.

“There will be a bunch of easy cases and then there will be cases like your client who’s been on death row for years,” Breyer said to Sloan. “Point me to something that will tell the judge how to make the decision on these borderline cases.”

Breyer said he doesn’t think there is a way for courts to determine disability in these tougher cases.

Clifford Sloan, the attorney representing Moore, called the Texas standard a unique approach that prohibits the use of the current medical and clinical system. Sloan said there’s a conflict between the Texas system and up-to-date medical practices.  Modern definitions rely on clinicians and books such as the Diagnostic and Statistical Manual of Mental Disorders (DSM).

Texas looks at three main points to define disability; IQ score, interaction with others and personal care, and whether there was evidence of intellectual deficiencies before the age of 18. Texas Solicitor General Scott Keller said that Moore’s poor intellectual performance as a child was due to problems at home, rather than a disability.

Texas uses seven non-medical factors to evaluate these points, which rely on whether the average Texas citizen would define the person as intellectually disabled, rather than a clinical assessment.

“Texas can choose to execute people that 100 percent of clinicians would call intellectually disabled.” Justice Sotomayor argued. “Stereotypes are built into the standard.”

Several states have standards similar to Texas’s so the results of the case could have a broad impact nationwide. The court will likely come out with a ruling at the end of June 2017.