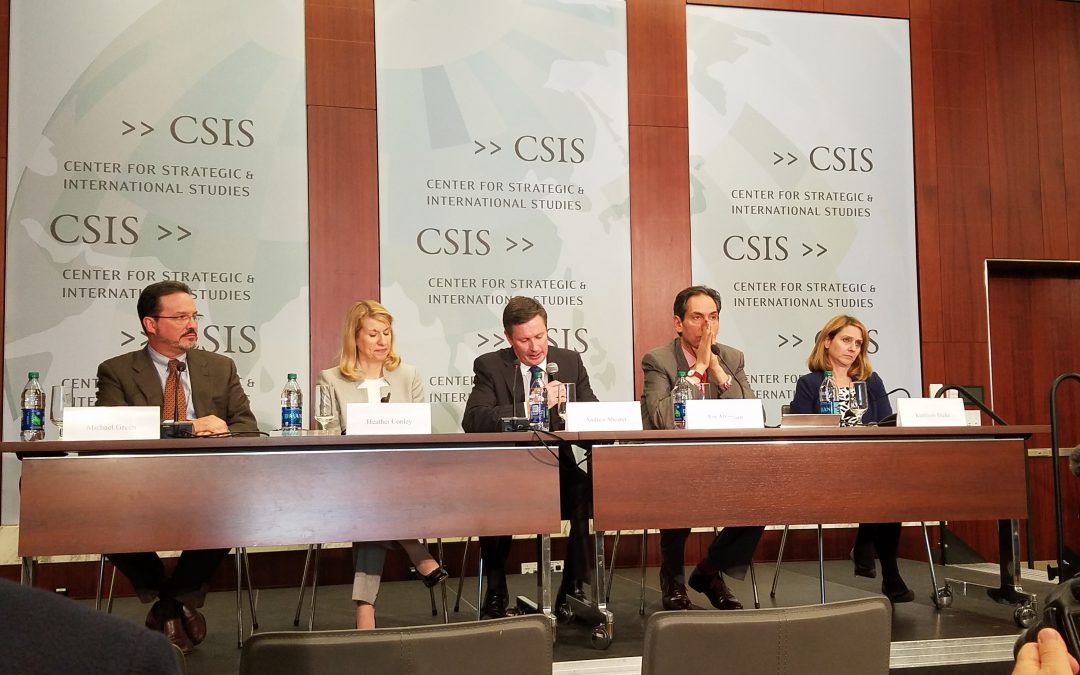 CSIS launched the Alliances and American Leadership project Monday in an effort to determine the future of U.S. alliances. (Lauren Bally/MNS)

WASHINGTON — Americans’ foreign policy focus is preventing another 9/11 and President-elect Donald Trump is likely to renew some old alliances as part of his foreign policy efforts, according to some foreign policy experts speaking Monday at the Center for Strategic and International Studies’ launch of the Alliances and American Leadership Project.

The project is an effort to answer questions about the future of the U.S. and its allies under a Trump presidency.

“As a quick answer, I don’t know,” said Dr. Kathleen Hicks, director of the International Security Program at CSIS. But she did predict potential “back to the future” alliances, with the renewal of some old alliances.

There have been concerns raised about how Trump will maintain alliances around the world because he has business interests in 29 countries including Turkey, China and Saudi Arabia, which could result in conflicts of interest.