Experts concerned about future of higher education under Trump 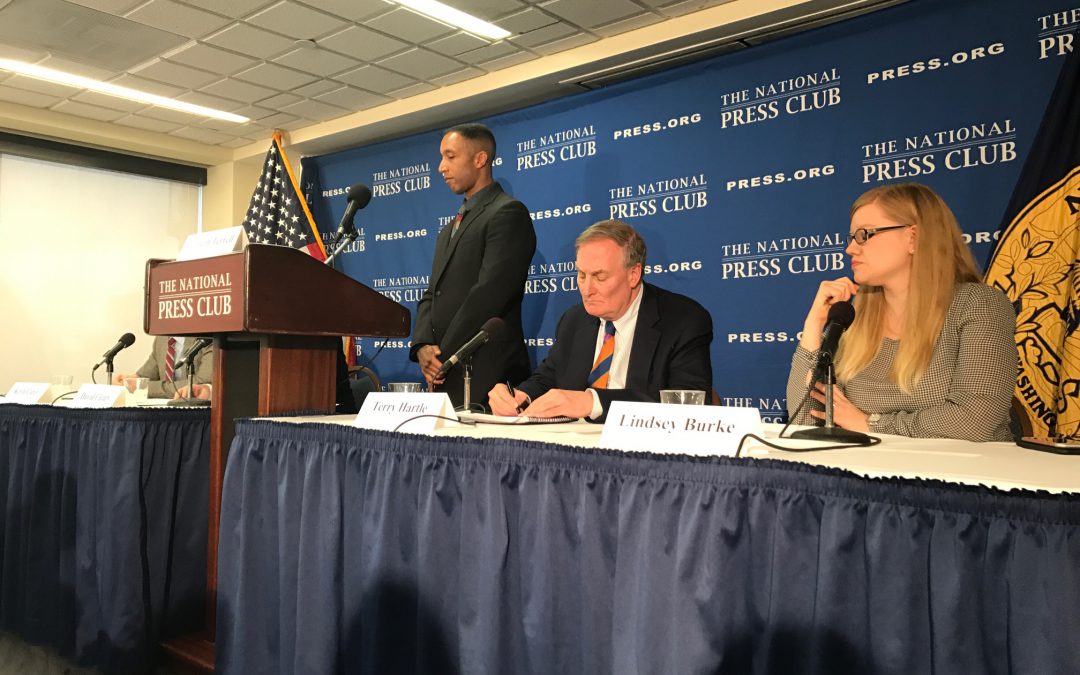 WASHINGTON – Top education experts on Monday expressed concern about the future of higher education under a Trump administration and Republican-controlled Congress.

Terry Hartle, of the American Council on Education, speculated that the first four months of Congress will be spent on debating the 2017 budget, Obamacare, tax reform, immigration, and infrastructure. How the Trump presidency will prioritize education policies and reforms in the national agenda remains unknown.

“The question becomes: how do those ideas relate to the pieces of legislation that Congress is likely to get to in the first few months in the new administration?” said Kevin Carey of New America, a left-leaning think tank.

Hartle and several other experts on a National Press Club panel said that a Higher Education Act would need to be reauthorized, but they questioned whether Congress would get it done in 2017. The law was last revised eight years ago.

But the experts pointed to the Every Student Succeeds Act – the federal role in primary and secondary education – as a model of bipartisan cooperation.

David Cleary, an aide to Sen. Lamar Alexander, R-Tenn., chairman of the Health, Education, Labor and Pensions Committee, said he is “cautiously optimistic that we’ll get something (on higher education) in the next two years.”

But the rules of the House and Senate make experts like Hartle hesitant to predict how fast Congress will move.  Important legislation often requires a three-fifths majority in the Senate to avoid a filibuster that can stall or kill a bill.

Trump occasionally highlighted education during his campaign, sharply criticizing the Common Core curriculum, and high student debt. But for the most part, the experts agreed that, Trump has provided general ideas, such as removing the federal government from the student loan business.

Concerns about the future of education are more pressing after a number of students took to the streets at universities across the country in the days following the election.

Reports of hostility toward minorities spiked in places like the University of Pennsylvania and Wellesley College.

“If we see any short term education (legislation) it’ll be on the regulation side,” said Lindsey Burke of the Heritage Foundation. “The long term story is much more interesting. I’m up for anything at this point.”