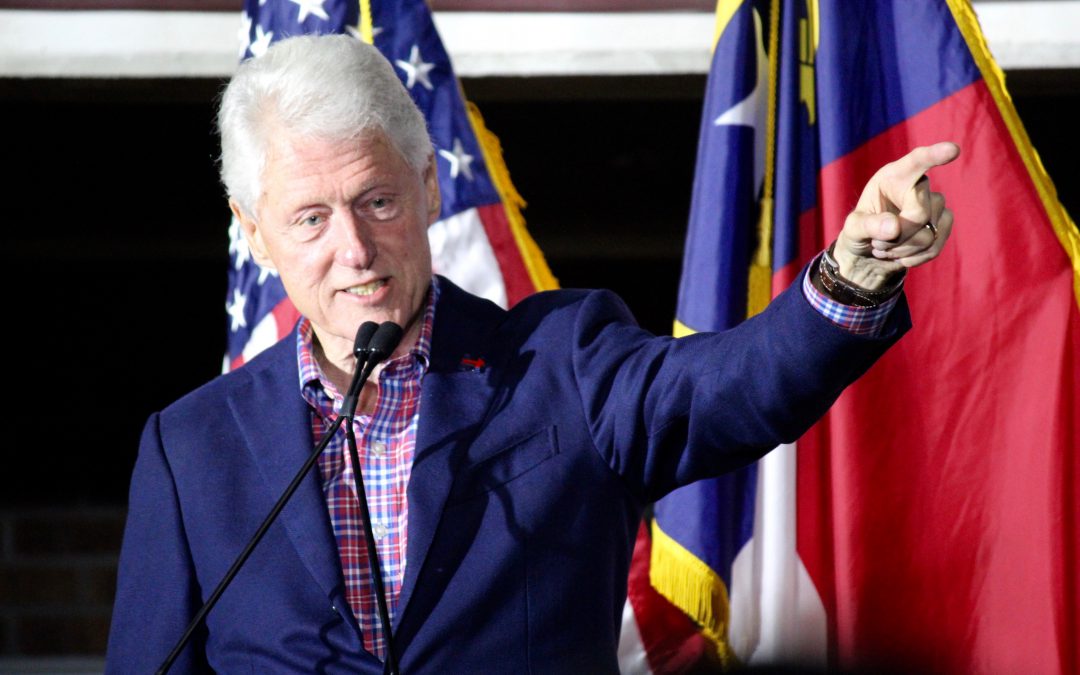 In recent days, the Clinton campaign rolled out a wave of high-profile surrogates on college campuses, ranging from celebrities such as actresses Lena Dunham and Constance Wu to political icons including President Barack Obama and Sen. Elizabeth Warren.

Despite his lower numbers, Republican hopeful Donald Trump also remains active on college campuses in the state. Although his campaign does not have a heavy-hitting a slate of surrogates comparable to Clinton’s, Trump and his running mate, Indiana Gov. Mike Pence, have made frequent appearances in recent weeks.

In an unlikely scenario on Saturday, both campaigns had surrogates greet voters at tailgate parties before North Carolina State University’s game against Boston College.

Millennials — many voting for the first time in this election — often have a distrust of conventional politics, said Rogan Kersh, provost and a professor of politics and international affairs at Wake Forest University. The millennial generation, he said, is the first one to have more negative than positive impressions of both major-party presidential candidates.

“If you weren’t already a little dubious about the glory of American democracy, this campaign has certainly tarnished its halo, if there was a halo to begin with,” Kersh said of the contentious contest between Clinton and Trump.

The surrogates hope to energize young people on behalf of the 69-year-old Clinton, said Katy Harriger, professor and chairwoman of Wake Forest University’s department of politics and international affairs.

A national poll released last week by Harvard’s Institute of Politics found that Clinton leads Trump by 28 points in the under-30 voting bloc, one that usually leans Democratic or independent.

However, getting younger supporters to actually go to the polls is crucial to Clinton’s bid for the state, where voters 25 and under have had the lowest turnout rates of all age blocs in the past two presidential elections, according to the North Carolina State Board of Elections.

Young voters are “an important part of the coalition in a state like North Carolina where you have a lot of college students,” Harriger said. “Getting them out is what makes a difference in terms of whether you can win statewide in North Carolina as a Democrat.”

In 2013, the Republican-controlled state legislature approved a bill eliminating voter preregistration for 16- and 17-year-olds. The law — criticized by some as a move to suppress younger voters — was struck down in federal court in July.

Clinton and Trump are neck-and-neck in the latest North Carolina poll. A survey from Elon University says Clinton is less than one percent ahead of Trump with less than a week until Election Day. Governor McCrory has also erased his deficit, and is now in a dead heat with his Democratic challenger Roy Cooper.

“This is an election that’s really going to be decided by young voters,” said Will Ferrell, sporting a “Nasty Woman” t-shirt in reference to Trump’s comments about Clinton at the Oct. 19 presidential debate. “They can really have an impact and especially with North Carolina being one of these battleground states.”

Corey Valentine, a 21-year-old senior at NC State, described Ferrell as a very “down-to-earth” guy and said his appearance was a reminder for him to get out and vote early. 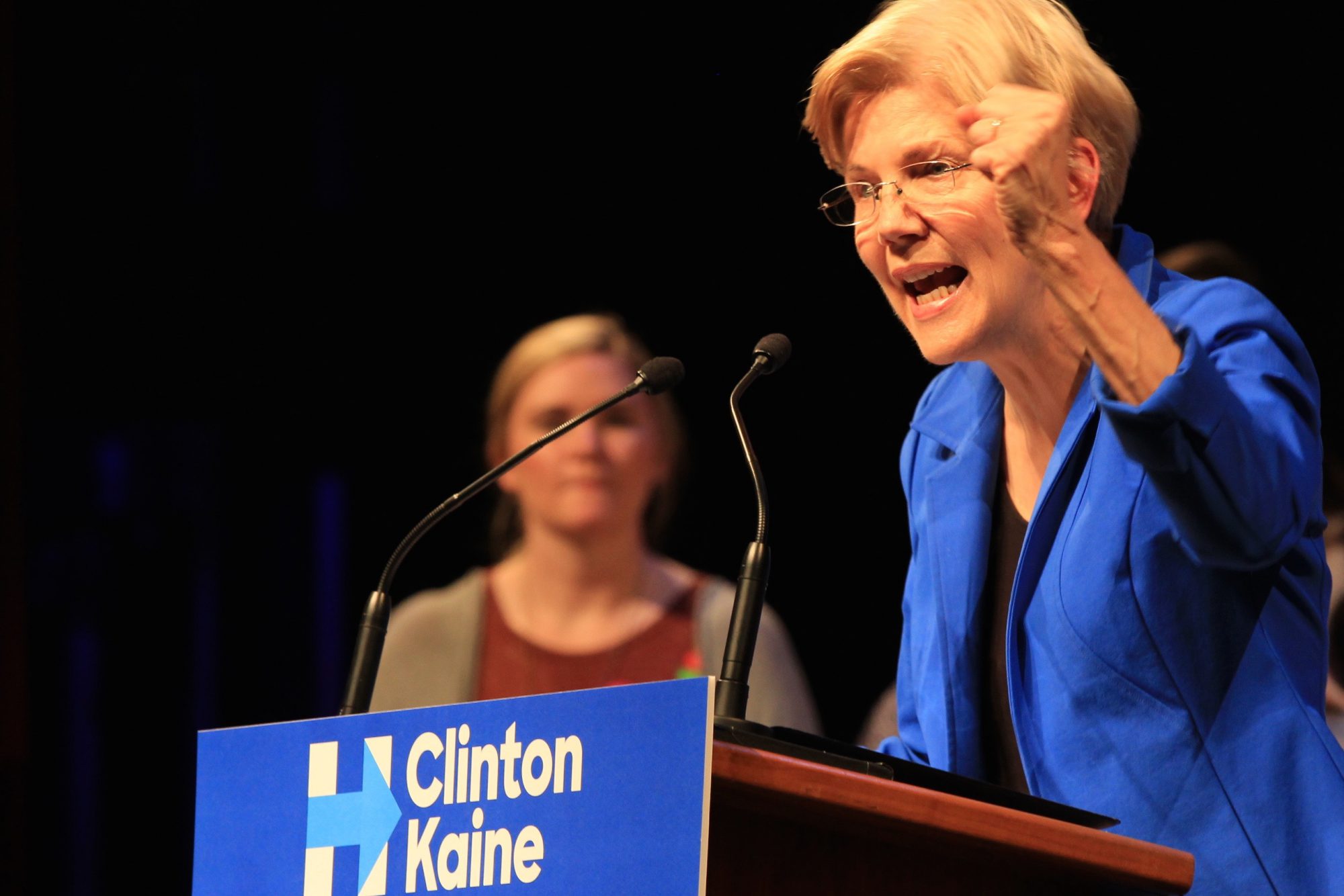 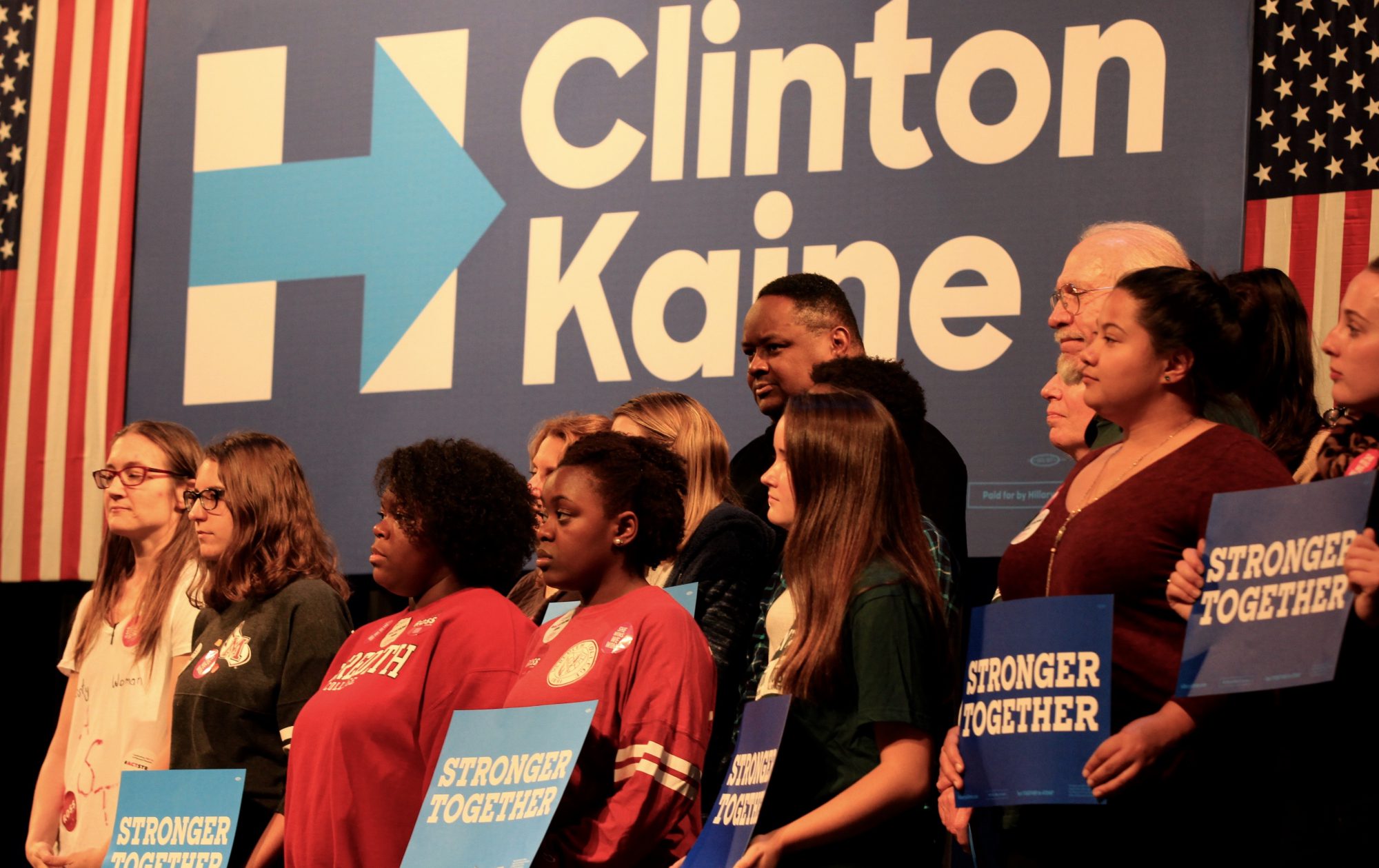 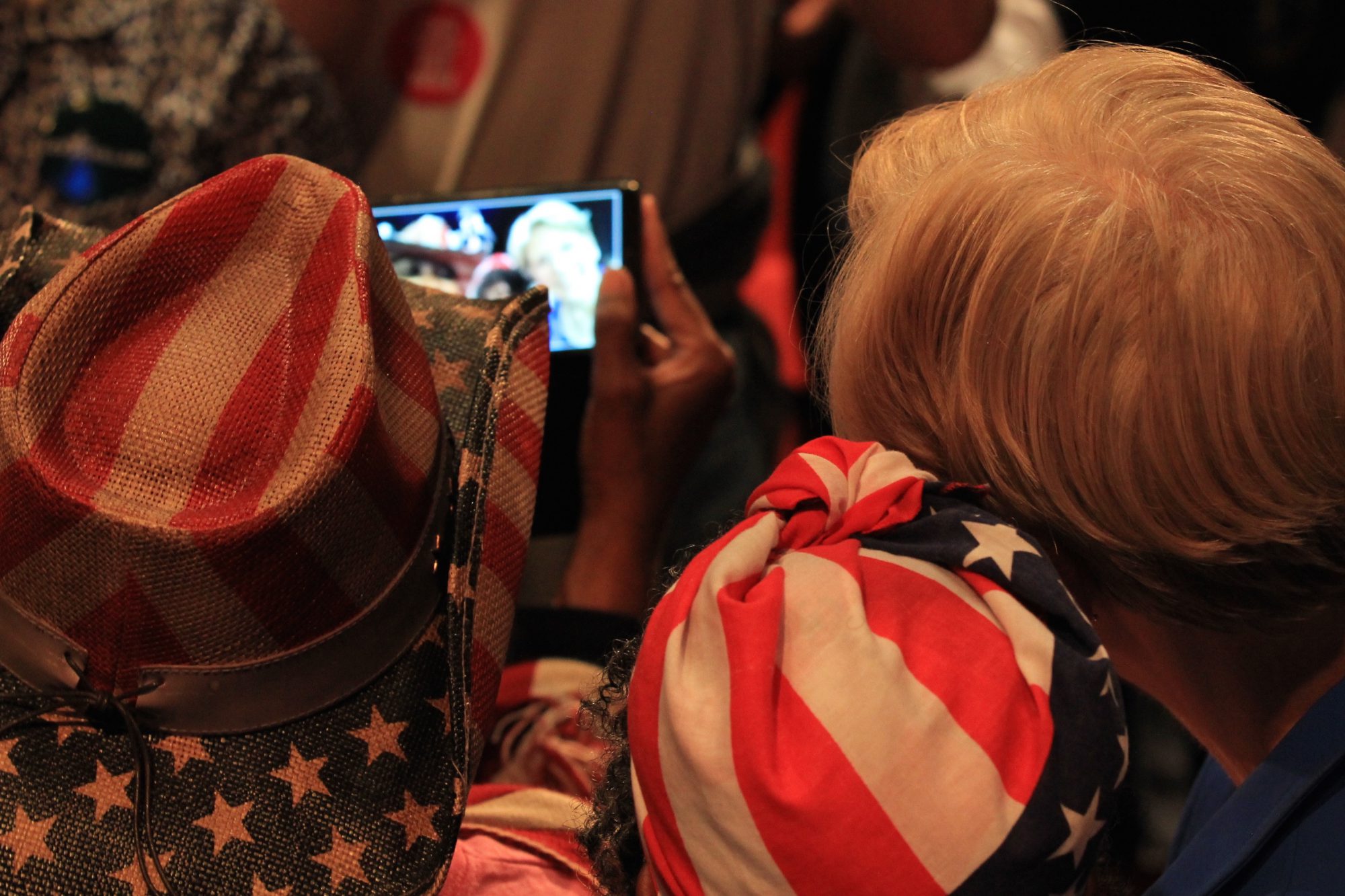 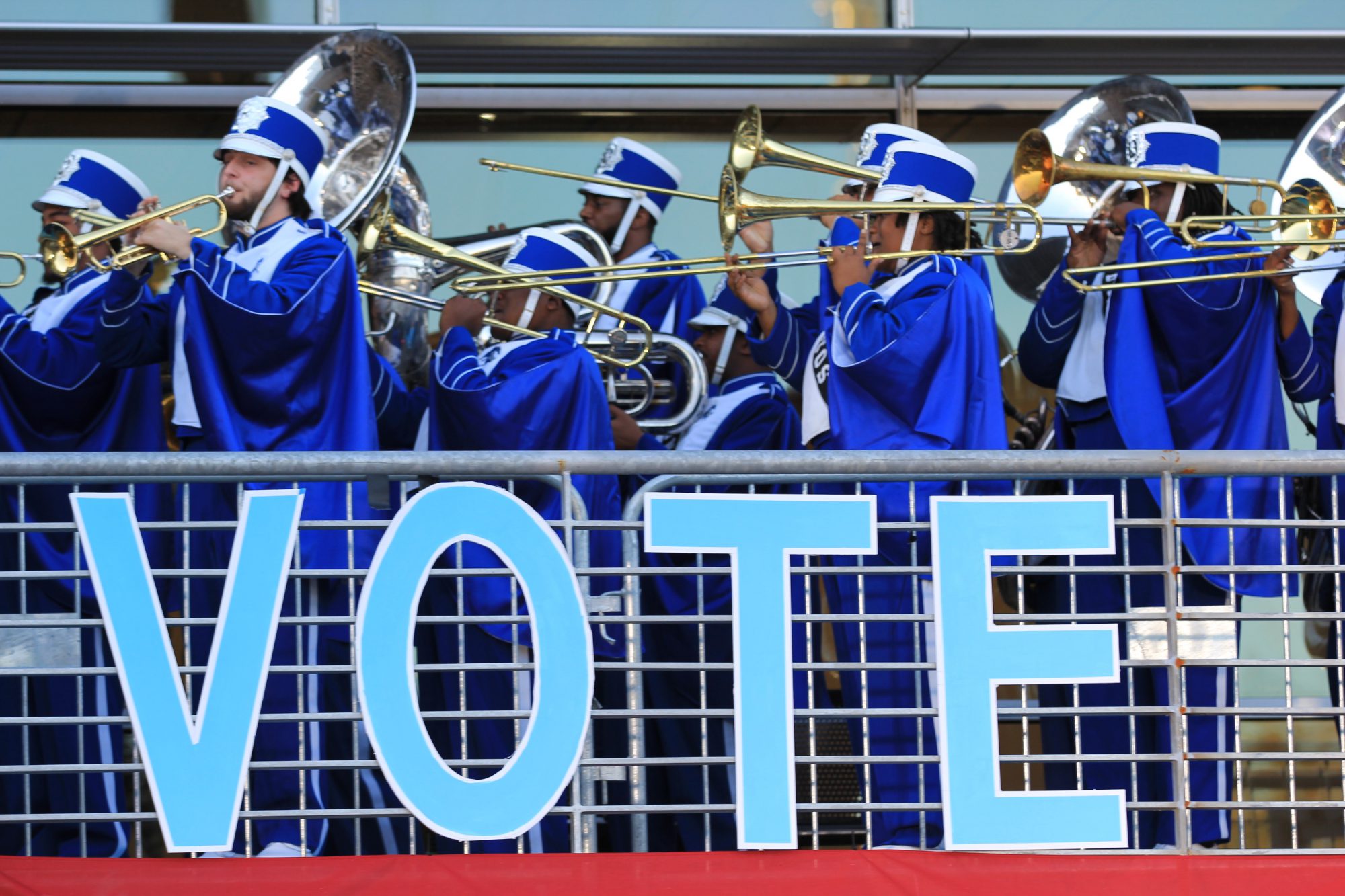 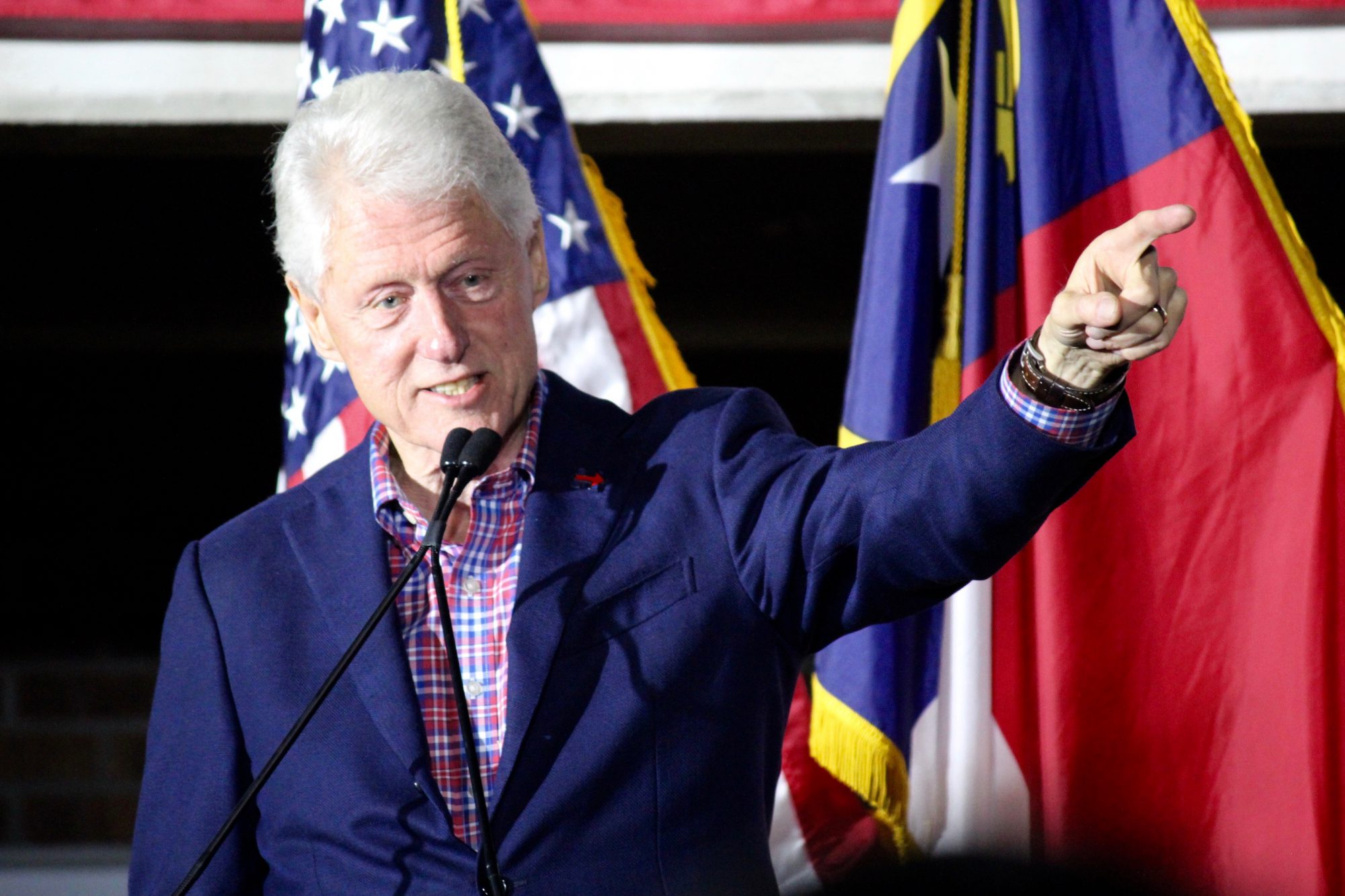 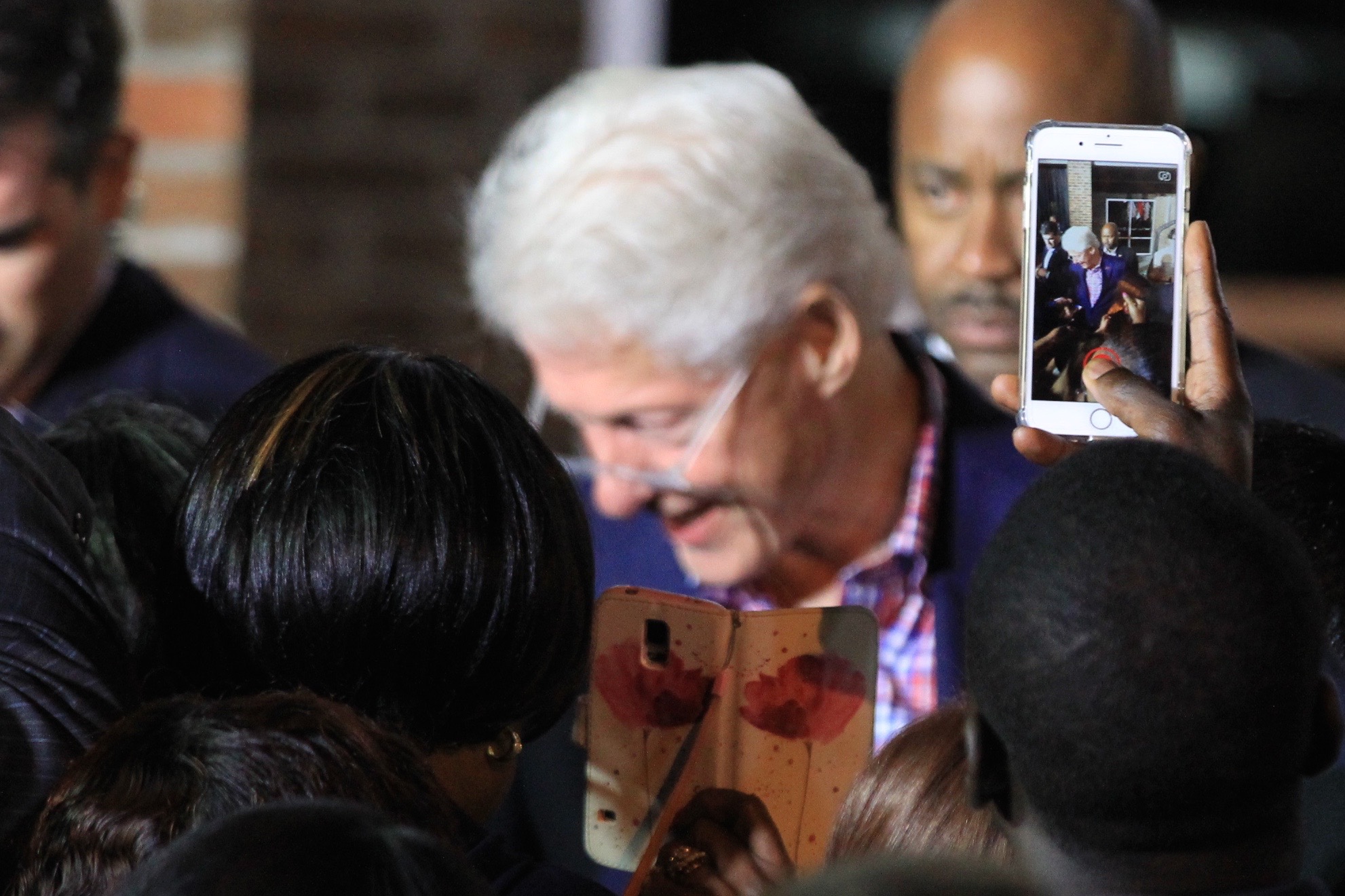 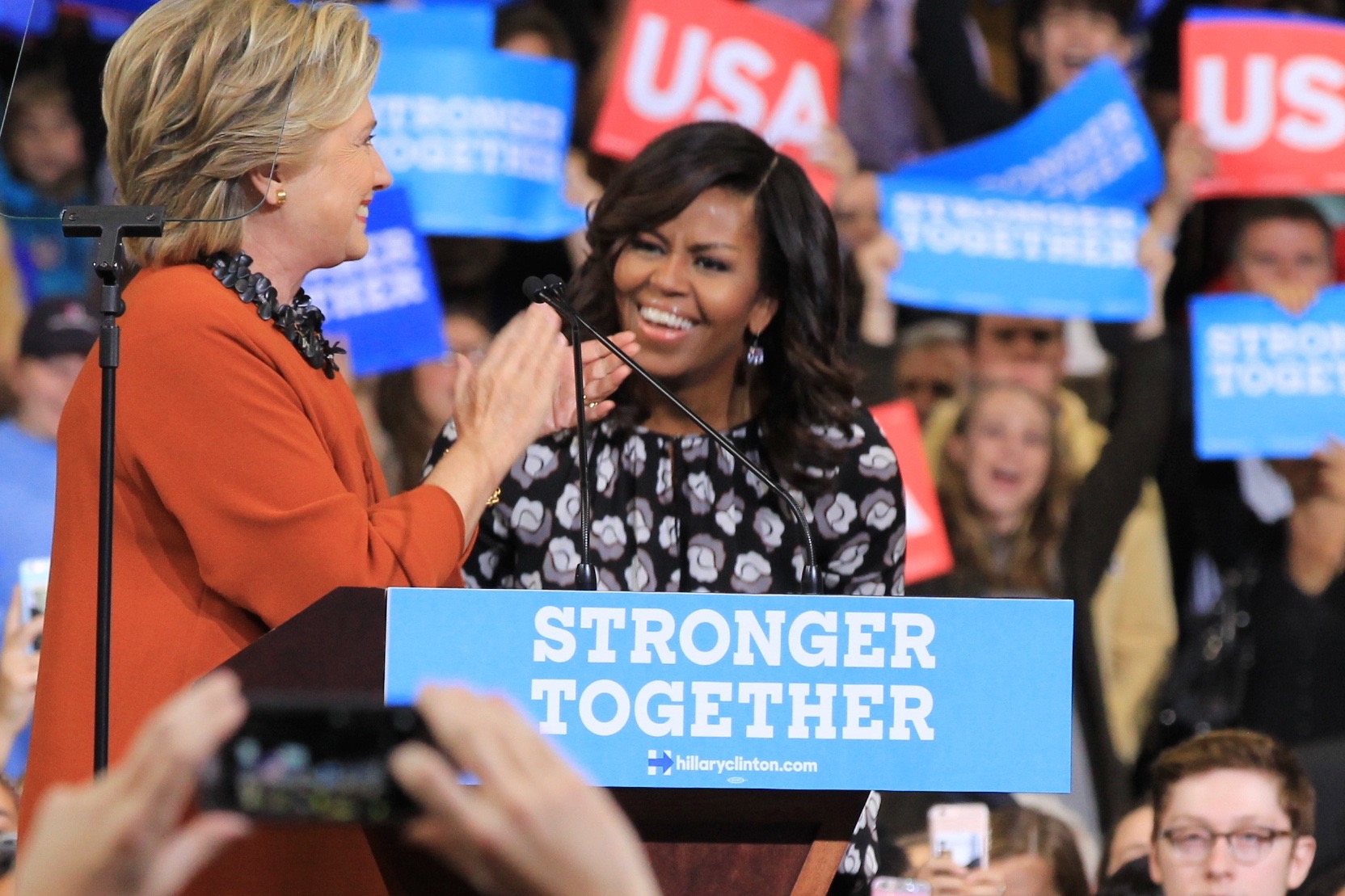 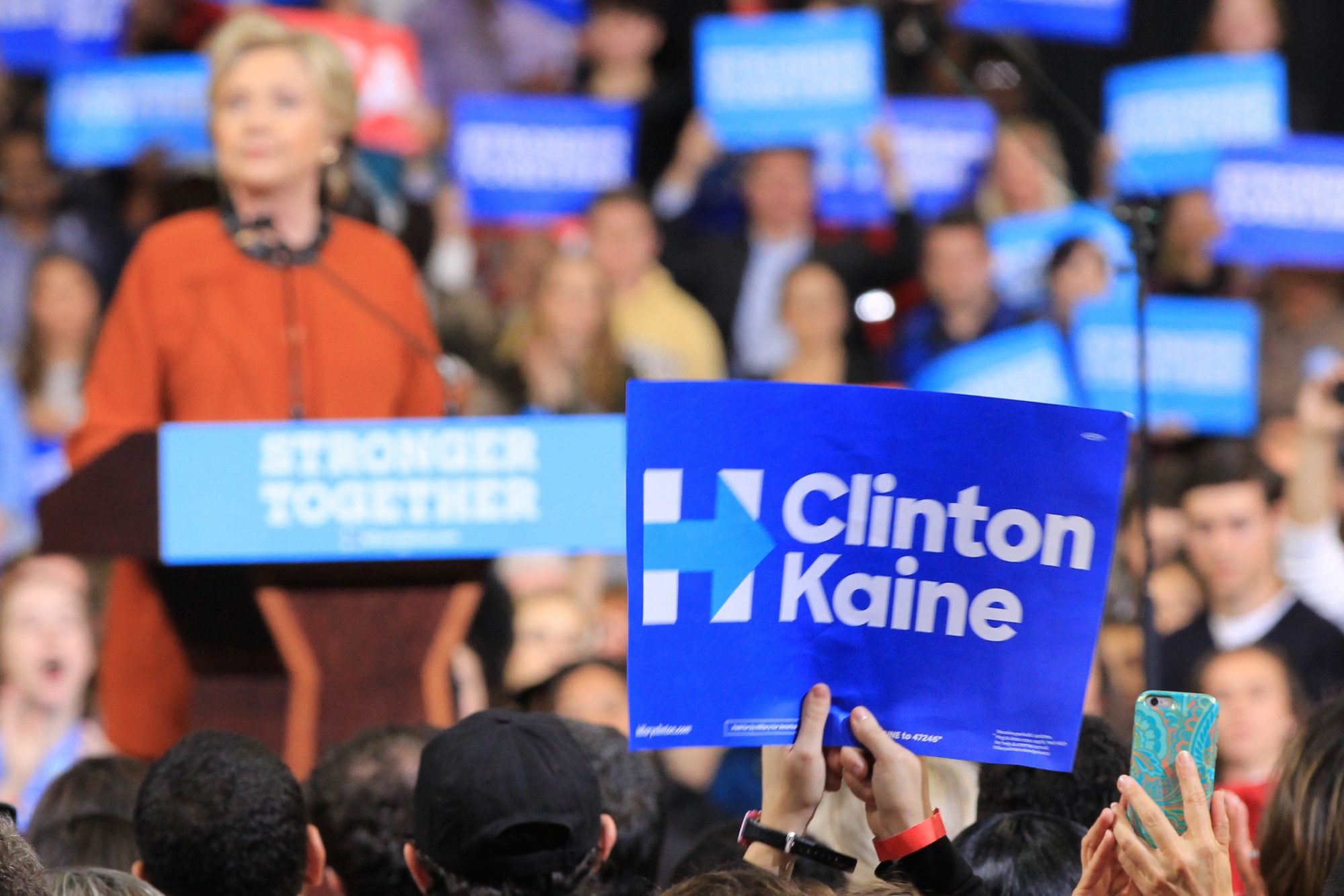 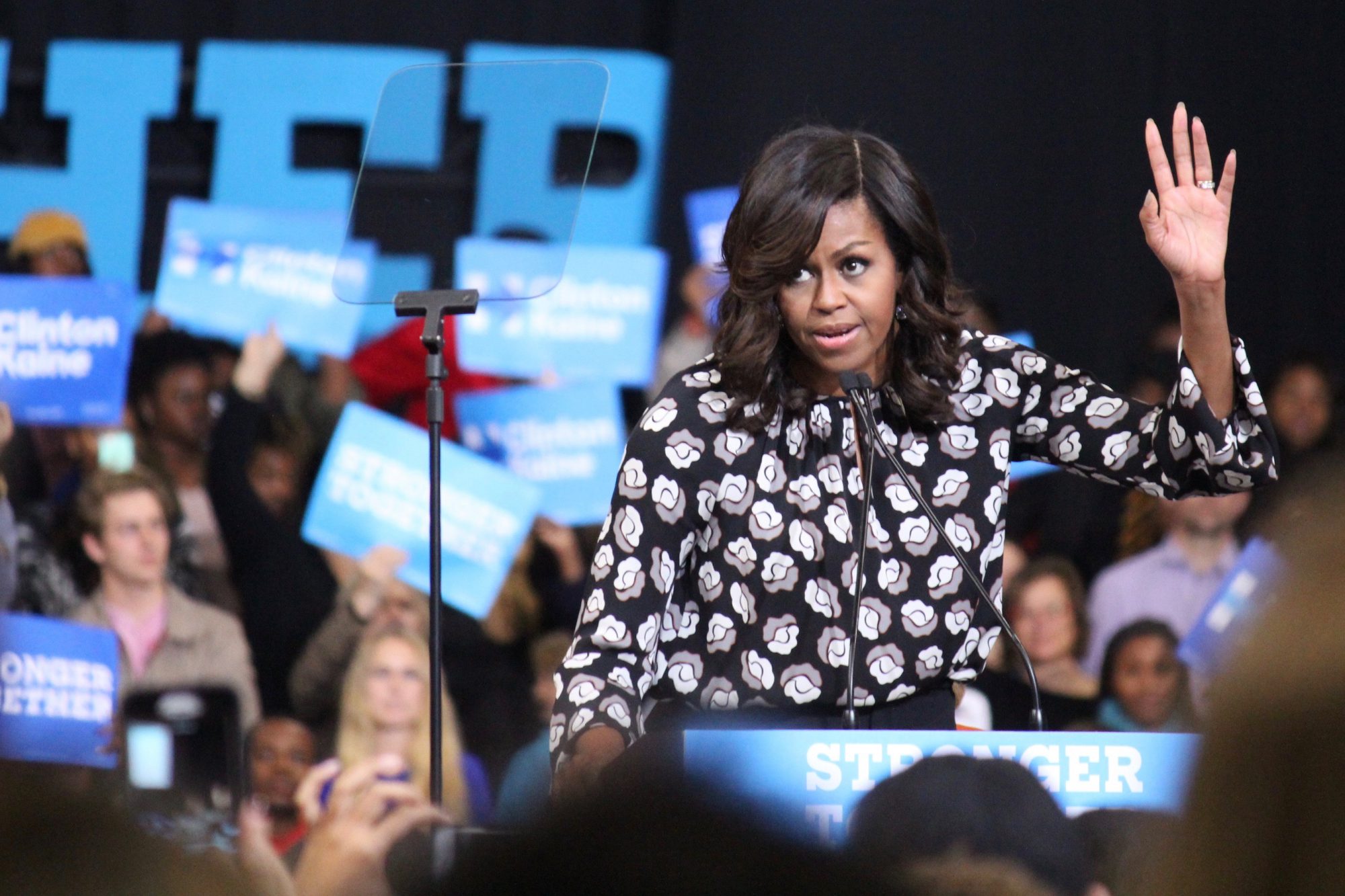 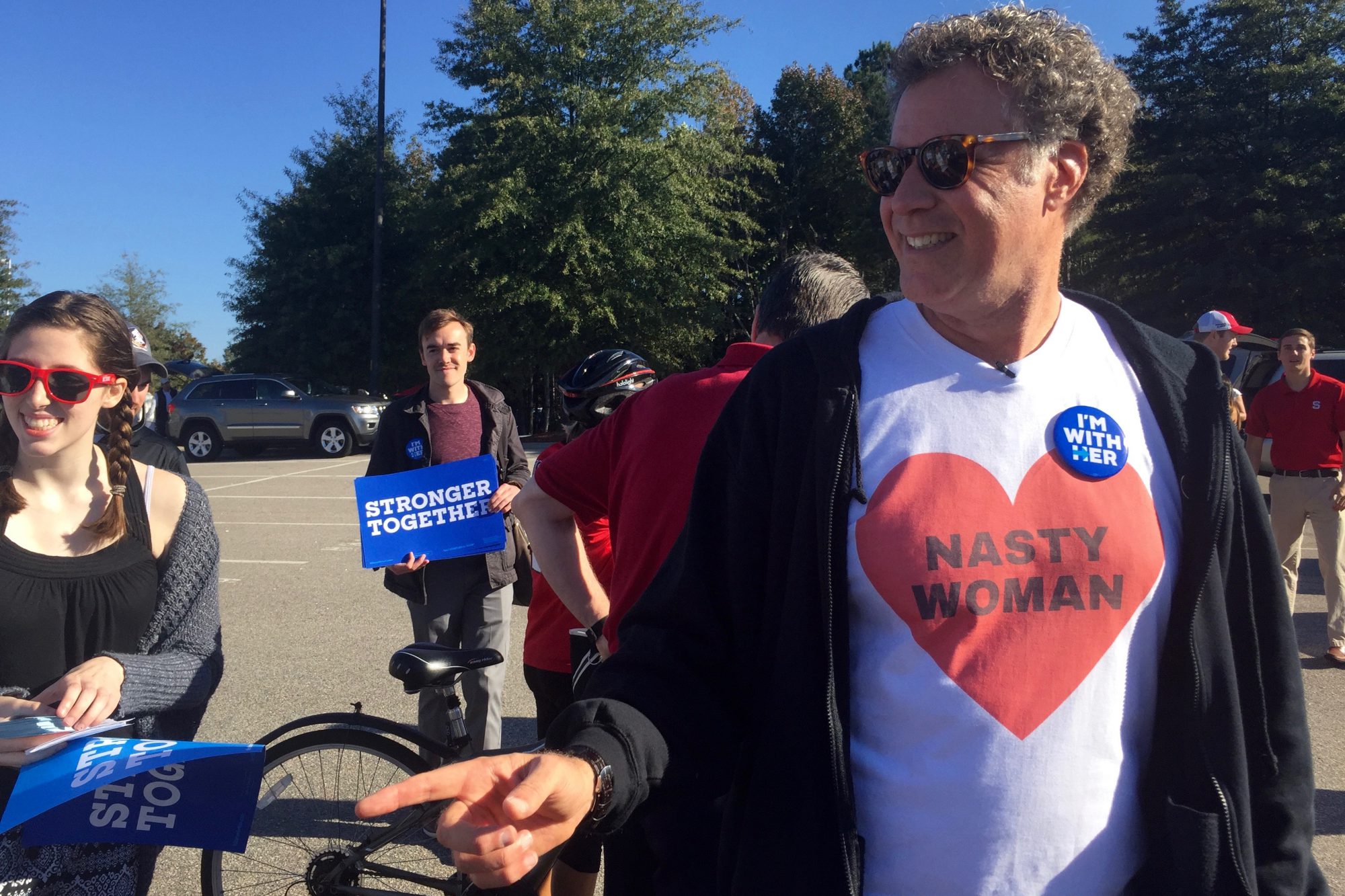 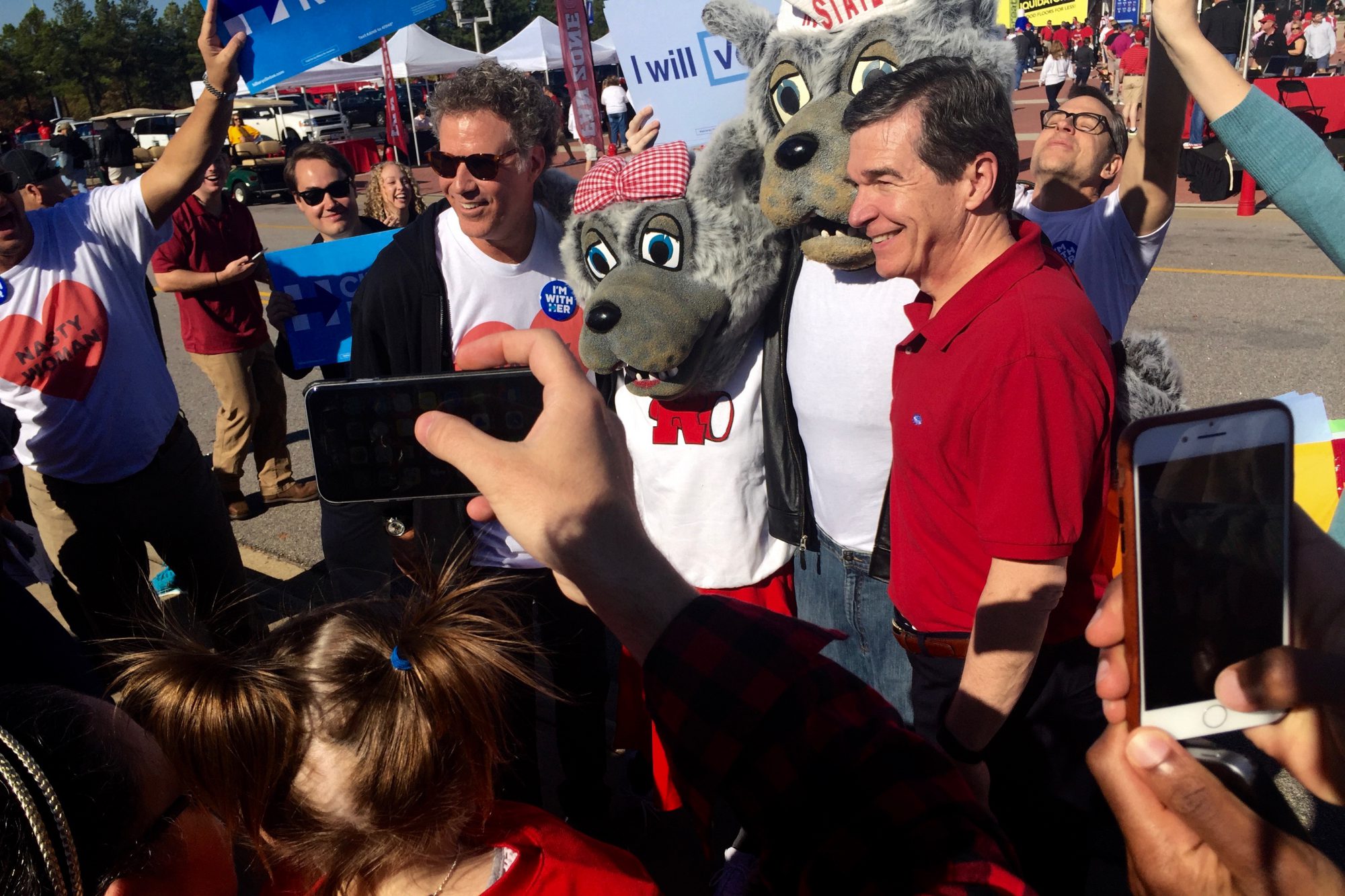 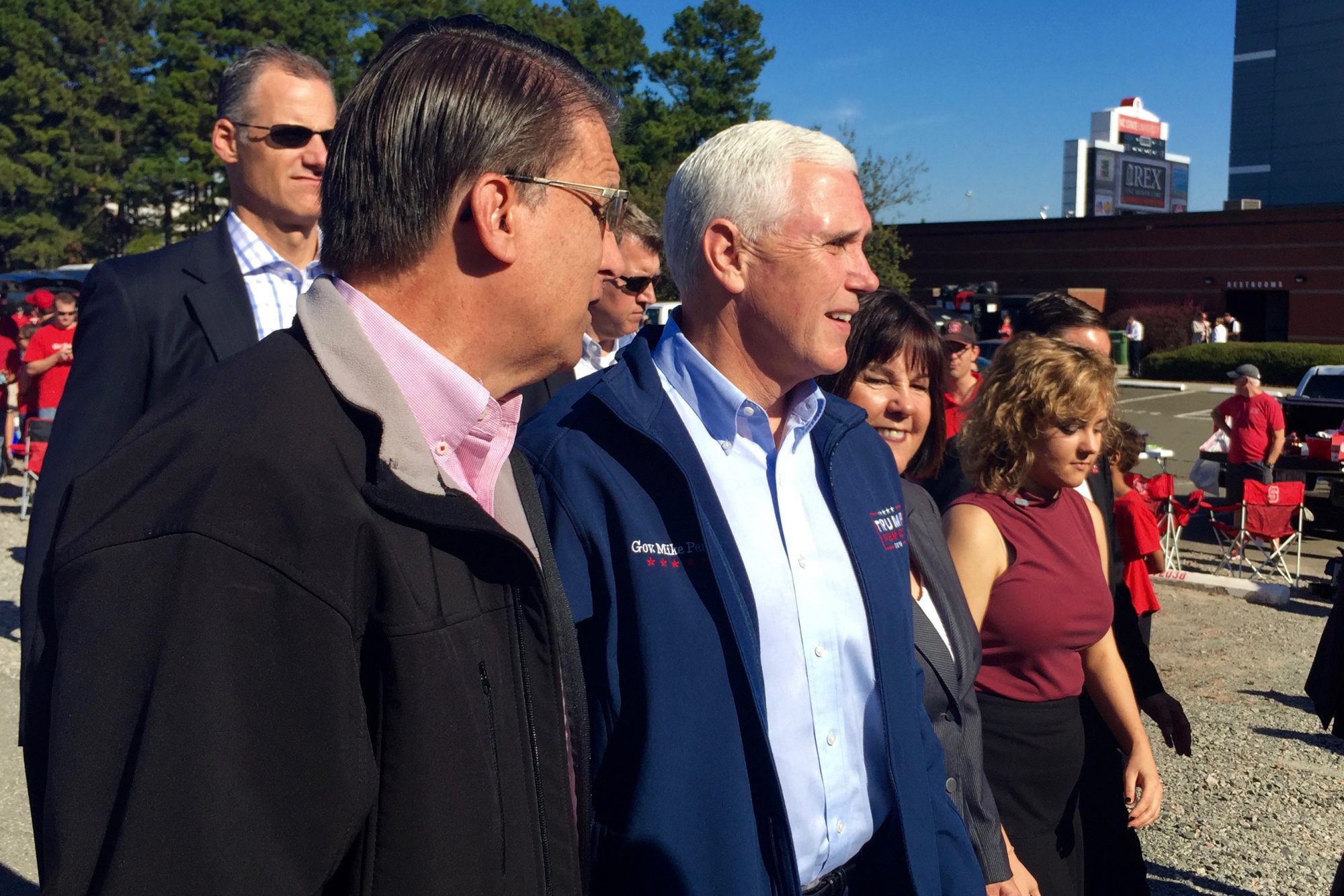 For the Clinton campaign, surrogate appearances are only the tip of the iceberg in terms of campus outreach. By bringing in surrogates, the campaign is also able to collect contact information at the events and use that data to encourage more people to volunteer. That was a key component for President Barack Obama’s campaign strategy in 2008, when the state turned blue for the first time since 1976.

A Clinton campaign official said the goal is to have an organizer on most major college campuses to engage younger voters. One way it does so is by installing an early voting site on campuses, the official said, citing the opening of a site last Thursday at the Appalachian State University student union, where more than 1,200 voted that day.

The Republican National Committee, which the Trump campaign has relied heavily on for its ground game in the state, did not respond to multiple requests for comment for this article.

Morgan Pyrtle, an 18-year-old freshman at North Carolina State University who volunteers for the Clinton campaign, said she has not seen a lot of Trump volunteers on the Raleigh campus. “We’ve been out there talking up all the sidewalks, making sure that people know what buses to take, where and when to go,” she said. “I haven’t seen anything for that on their side.”

Marc Lotter, a spokesman for Pence, said on Saturday that the governor has been encouraging supporters to vote early, because “we’ve got other work for them to do, including talking to other Republicans about how it’s time to come home and support the Trump-Pence ticket.”

A component of the push to mobilize young voters is to encourage students at North Carolina schools, hailing from states that are historically red or blue — such as California, New York and Texas — to register in North Carolina, where their votes may help swing the state, Kersh said.

In this election, Kersh said students are more willing to attend campaign events and listen to what the candidates or surrogates have to say.

For Cierra Palmer, a student at Appalachian State University, going out to surrogate events warmed her up to the idea of a Clinton presidency, despite having once been a “Bernie or Bust” supporter.

“We said, ‘Hey, let’s go out and see these events. Let’s actually hear what she’s saying,’ and it changed my mind,” the 18-year-old freshman said.

Sending surrogates can challenge, inspire and enliven young people to vote, a reason Kersh said college campuses across the state have seen so many of them in recent days. However, for either campaign, that might not be enough.

“Does that translate into voter turnout?” he said. “We won’t know until Nov. 8.”